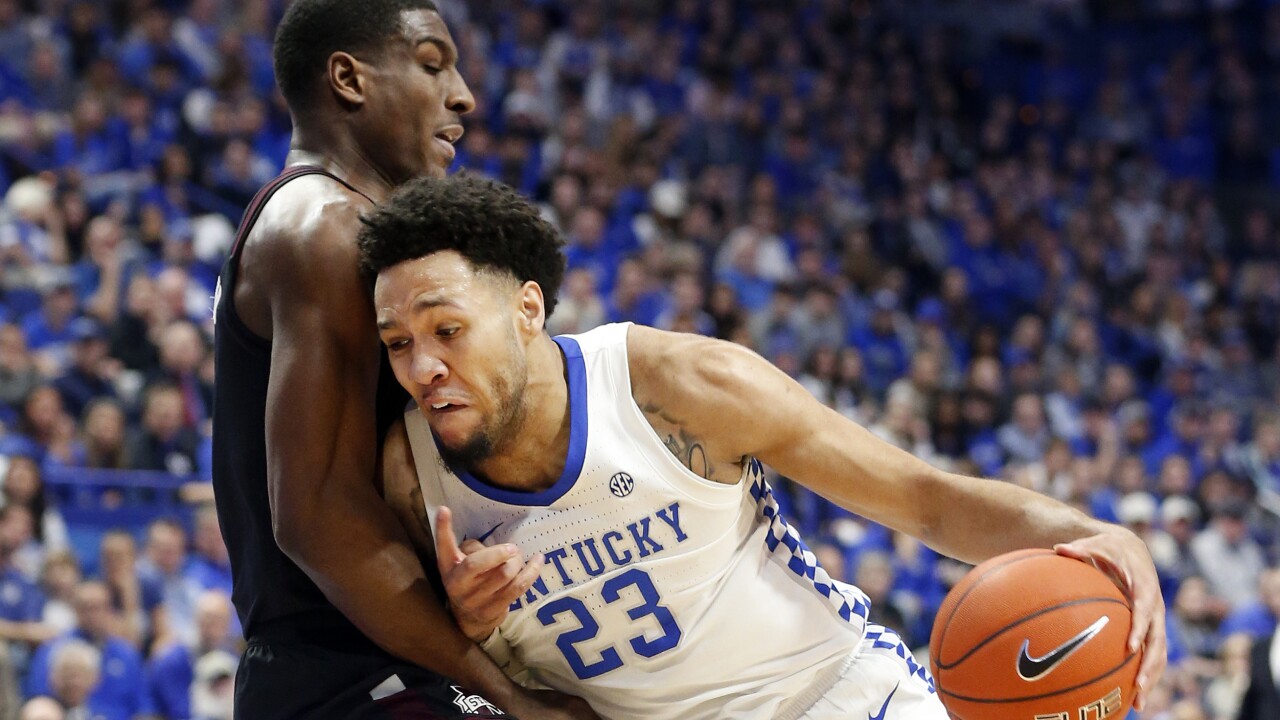 LEXINGTON, Ky. (LEX 18) — Kentucky built an early lead, never let it slip and held on for an 80-72 victory over Mississippi State in Rupp Arena on Tuesday night.

Kentucky jumped out to a 7-0 lead thanks to a Tyrese Maxey dunk, an old-fashioned 3-point play from Quickley and a layup from Montgomery. The Bulldogs cut the Wildcats' lead to one point (12-11) at the 14:10 mark of the first half before a pair of Maxey scores gave Kentucky a two-possession lead. From that point forward, MSU never got any closer than five points for the rest of the game.

Later in the half, another layup from Montgomery gave UK it's first double digit lead, 31-21, with 1:42 to play in the first half. MSU's Robert Woodard II capitalized on an inside score to cut UK's lead to just eight points at halftime.

The Wildcats began the second half on a 7-2 run, highlighted by a sequence where Maxey recorded a steal to set up a two-on-one matchup which Maxey capitalized on thanks to an assist from Hagans, to stretch their lead to 13 points, 38-25, with 17:00 to play.

It wasn't until there was less than five minutes to play that MSU began to threaten. The Bulldogs crept within six points when Tyson Carter drilled a 3-pointer to make the score 60-54 with 4:36 to play. However, Richards, who seemed to come up big all night long, answered with a pair of scores inside to push the Wildcats' lead back to double digits with 3:29 to play. The Bulldogs would get within six points again with 2:36 to play, but never got any closer as UK held on for the eight point victory.

UK is back in action when it travels to Tennessee (13-9, 5-4 SEC) on Saturday. The game will be broadcasted on CBS.