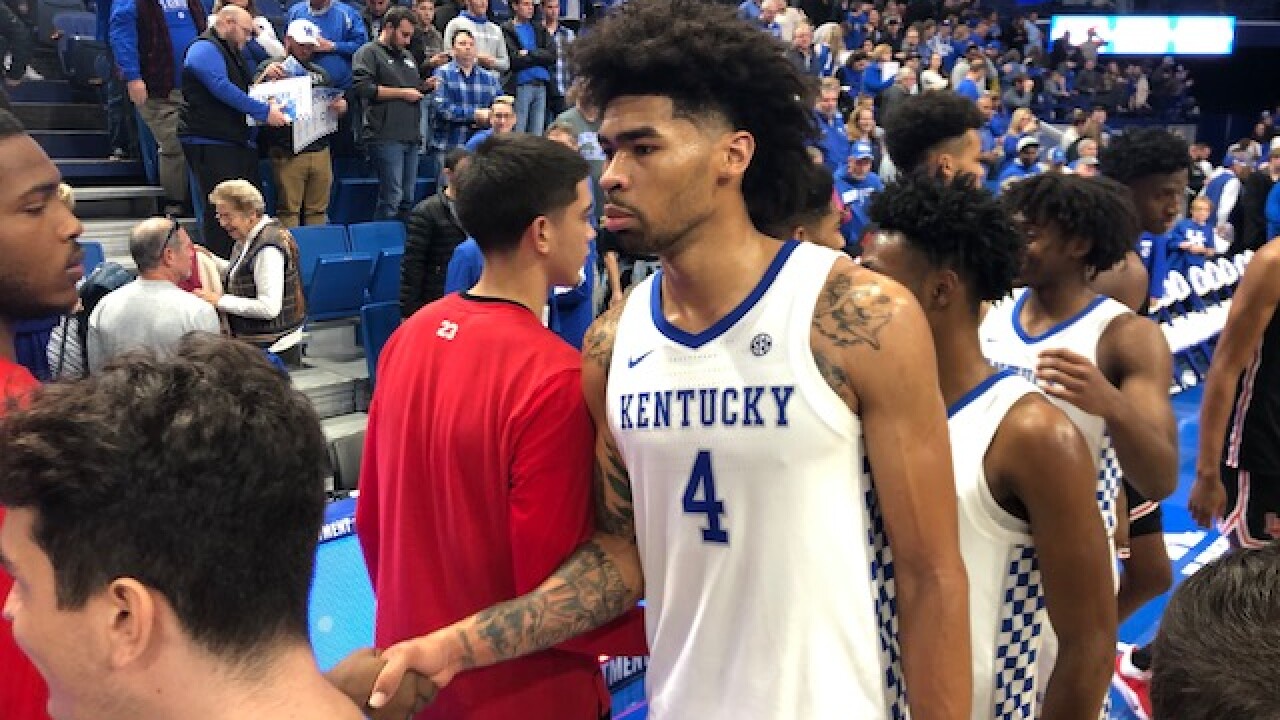 Kentucky improves to 5-1 on the season following an 81-56 victory over Lamar Sunday night at Rupp Arena.

The Wildcats get off to a great start on both sides of the floor. They begin the game on a 10-0 run, forcing Lamar to call a timeout with 16:45 to play in the opening half.

The Cardinals would tie the game up at 19 with just under 9 minutes to play in the half, but Kentucky would respond with a 5-0 run after Tyrese Maxey hit a 3, followed by a steal and dunk by Ashton Hagans. 24-19 Cats with 7:17 left in the half.

Kentucky continues to have control at the second media timeout, leading 55-39 with 10:57 to play. Maxey is still leading the Wildcats with 16 points on 6-9 shooting from the field.

Wildcats push their lead back to 20 after Maxey comes up with a steal and slam, followed by a triple from Immanuel Quickley. Kentucky up 63-43 with 6:52 to play.

At the final media timeout of the evening, Kentucky still holds a commanding 74-53 lead.

Kentucky closes this one out easily and improves to 5-1 on the year with an 81-56 victory. The Cats will be back at Rupp Arena Friday night to host UAB at 7 pm.

Nick Richards recorded his third double-dobule of the season with 10 points, 13 rebounds, and 7 blocks.

Tyese Maxey led all scorers with 21 points on 8-11 shooting from the field.