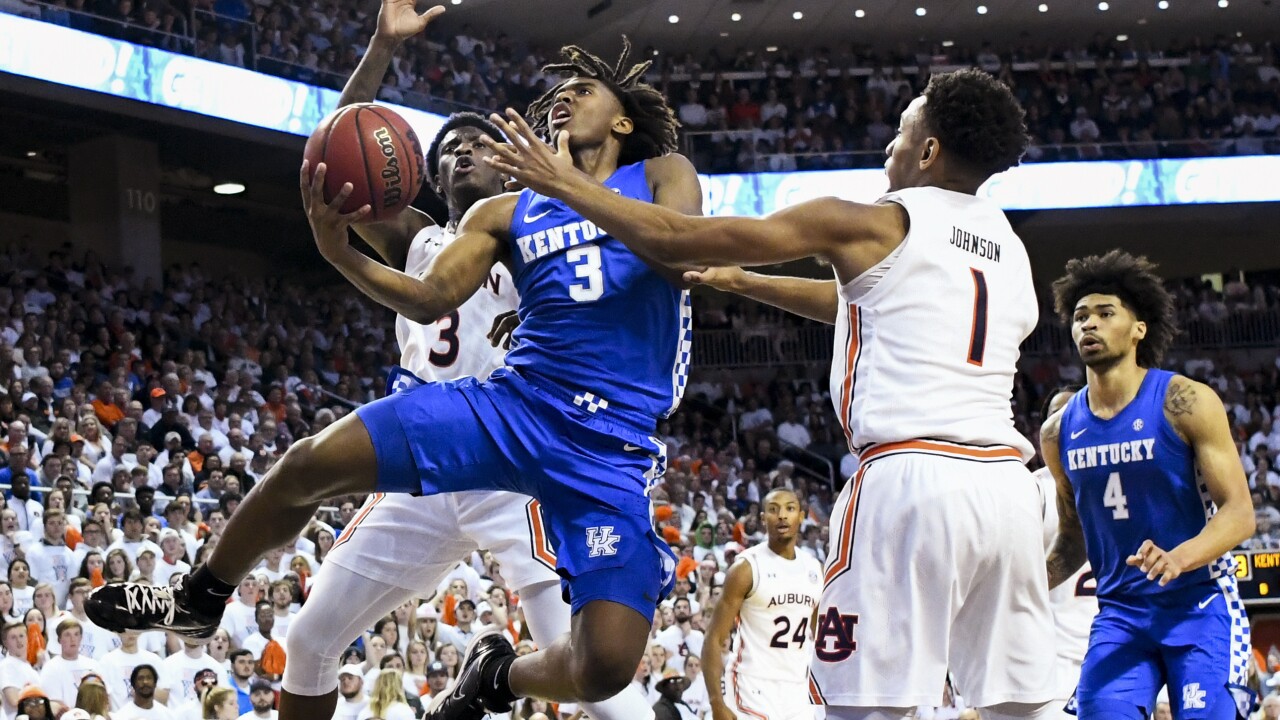 In a foul-filled matchup that saw Auburn go to the free throw line 44 times, Kentucky falls 75-66.

Fouls were an issue early and often for Kentucky, which sent Ashton Hagans and Immanuel Quickley to the bench late in the second half. Numerous players finished with four fouls.

Quickley led the Wildcats with 23 points, with Tyrese Maxey finishing just behind him with 22 points.

Kentucky received no help in the front court, with Nick Richards and EJ Montgomery combining for a total of just 9 points.

Auburn had four players score in double digits, with Samir Doughty leading the way with 23 points.

The Tigers managed to shoot just 35 percent from the field, but were 33-44 from the free throw line compared to Kentucky's 20-24.

The 44 free throw attempts are the most by an SEC team this season.

Kentucky falls to 16-5 (6-2 SEC) this season and will return to Rupp Arena Tuesday night against Mississippi St. Tip-off is scheduled for 9 p.m.