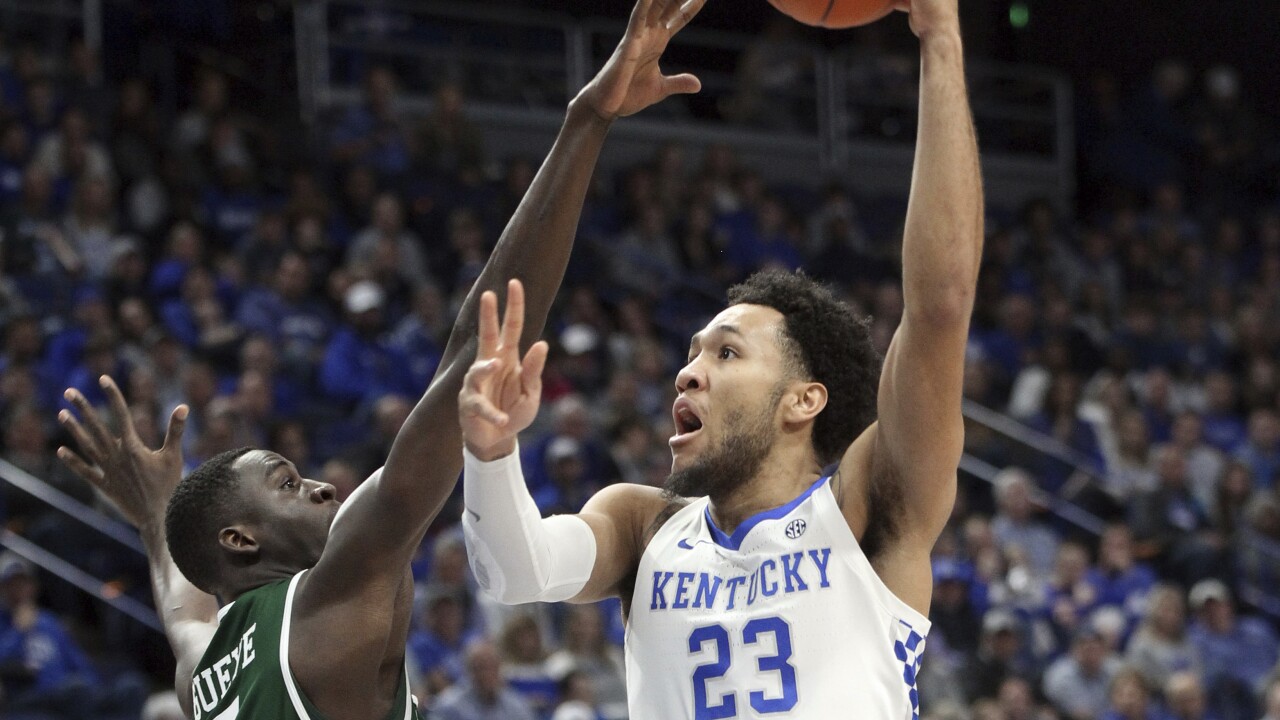 The Wildcats jumped to a quick 4-0 lead on baskets from Nick Richards and Ashton Hagans.

UAB clawed back and took a 7-4 lead when Jalyen Benjamin hit a long three pointer. But, the Wildcats went on a 14-3 run to take control. Richards had a dunk, Immanuel Quickley hit a turnaround and Keion Brooks dropped in a three from the corner. E.J. Montgomery also came to score. The sophomore hit a lay-up in transition and a jumper on the baseline. Then, after a long Tyrese Maxey three pointer, Montgomery hit a hook shot. Then, after a Johnny Juzang three, Montgomery scored again for a 25-17 UK lead.

Nick Richards also had a big first half as he hit back-to back-buckets to give UK a ten point advantage 29-19.

Hagans and Quickley finished off the half with three pointers for the 38-25 lead. Montgomery led the way with 8 points, 6 rebounds while Richards added 8 points and 4 rebounds and Hagans had 6 points, 8 assists.

The second half was about Hagans setting up his teammtes with assists. Richards had back-to-back dunks while Montgomery had another jam off assists from Hagans. UK was up 46-33.

Johnny Juzang would fake a three and take a step inside the line to hit a bucket to make it 56-38 UK. UAB would make another run to cut the Kentucky lead to 13 when Montgomery hit a lay-up off an assist from Hagans for a 58-43 Wildcats advantage. Maxey and Montgomery would trade several more buckets to put UK in front 64-47 with under three minutes to play.

Kentucky would hold on for the 69-58 win over UAB to improve to 6-1 on the season. The Wildcats were led by 16 points on 7-7 from the field and he had 9 rebounds. E.J. Montgomery added a career-high 16 points to go with 8 rebounds. Ashton Hagans had 9 points and tied his career high with 12 assists and Immanuel Quickley had 9 points.