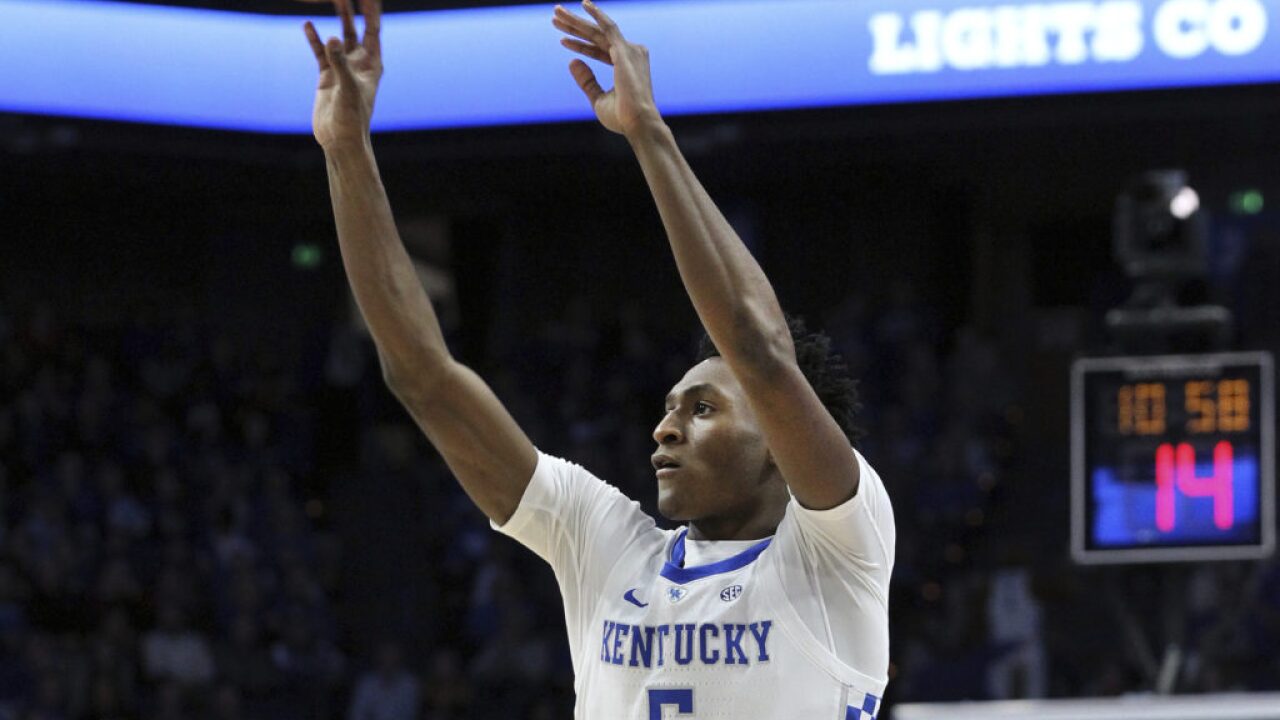 NEW YORK CITY — No. 2 Kentucky started its season in New York City in the Champions Classic against No. 1 Michigan State. Just the 9th time the Wildcats have been in a 1-2 match-up.

Kentucky started off strong in the game with the starting line-up of Immanuel Quickley, Ashton Hagans, E.J. Montgomery, Nate Sestina and Kahlil Whitney. The Wildcats got the lead on lay-up from Montgomery to make it 5-4 and while the first half saw a tie score, UK never trailed.

UK finished the half on a 16-6 run as Tyrese Maxey hit a long three pointer, Montgomery made a transition lay-up, Sestina and Quickley hit jumpers.

The Wildcats would lead 34-24 at the break as head coach, John Calipari, was pleased while talking to ESPN reporter, Holly Rowe, at the half. "We played great defense," said Coach Cal. "We've got a bunch of young guys that seem to be figuring this thing out." His only concern at the half? "We need to get Nick (Richards) and E.J. (Montgomery) to stop fading away on their shots."