Kentucky Women’s Soccer Travels to No. 14 Texas A&M on Thursday

Wildcats look for an upset over the nationally ranked Aggies 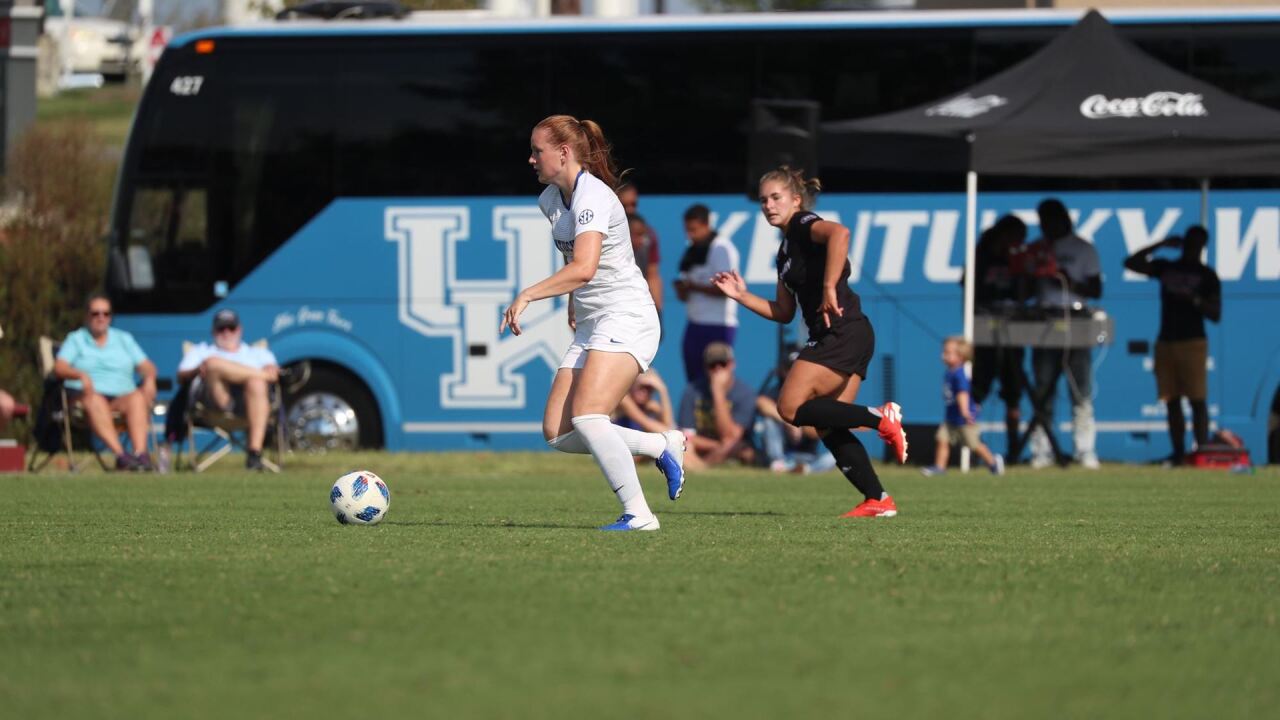 “I’m really looking forward to an exciting game in a hostile environment in College Station,” Kentucky head coach Ian Carry said. “These are games that everyone looks forward to when the schedule is released at the beginning of the season. We are looking forward to going down and playing in a positive manner so we can get a positive result.”

UK is coming off of a controversial 2-1 loss in overtime to Central Michigan on Sunday afternoon. An own goal produced Kentucky’s only goal of the match on Sunday. Hannah Richardson, who forced the own goal against the Chippewas, leads the team with six goals through nine games played on the season while Jordyn Rhodes has four goals and one assist through ten games played. Seven other players have one goal apiece.

The Aggies enter this contest on a three-game win-streak and a 5-0 win over the University of Texas Rio Grande Valley on Sunday night.

Looking forward, the Wildcats host Mississippi State on Sunday at 2 p.m. at The Bell. That game will be streamed live on SEC Network+ with Dave Baker and Payton Atkins on the call.