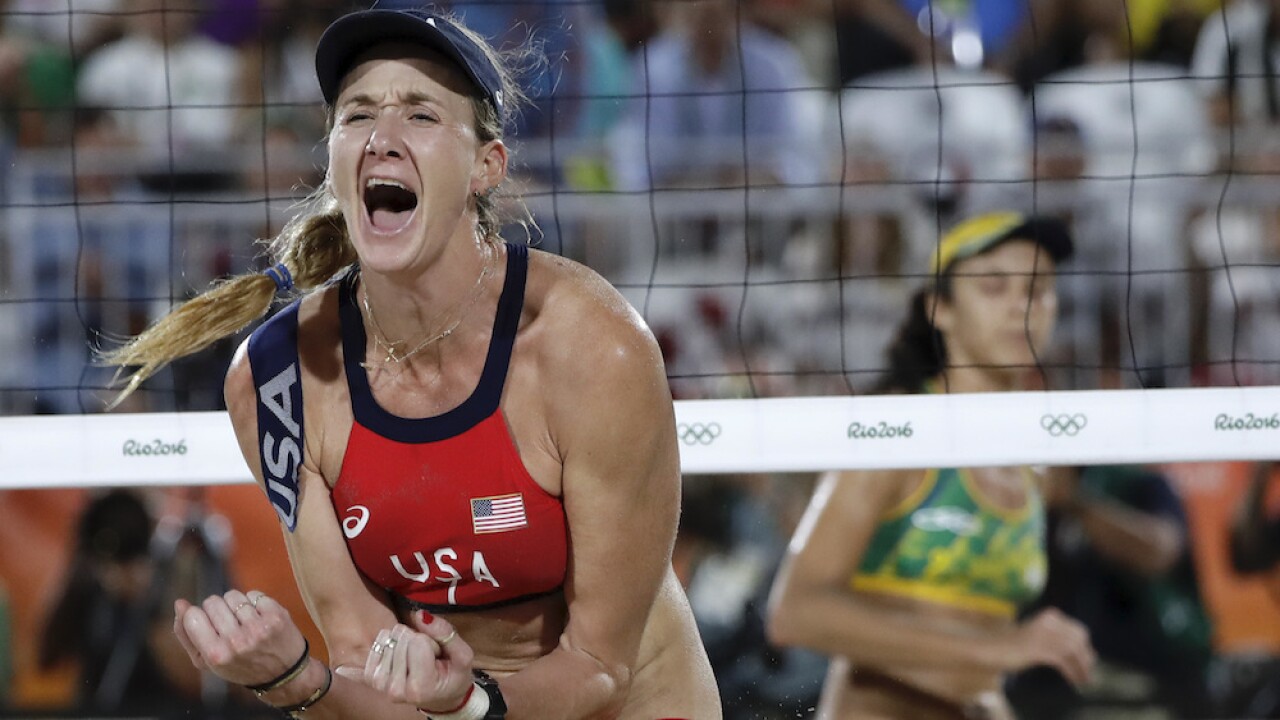 Olympic volleyball player Kerri Walsh Jennings is facing criticism from her social media followers after she said in an Instagram post that her shopping trip without a mask was an "exercise in being brave."

In a lengthy Instagram post on Monday, Walsh Jennings wrote that a quote by Ralph Waldow Emerson had inspired her to take an "exercise in bravery" and go shopping without a mask.

Walsh Jennings said she wanted to "stand up for her rights & for the freedoms our constitution has granted us all WITHOUT being reckless or putting anyone else in danger."

"Things won't open up and freedoms won't come back unless we are willing to push back and stand up for them.," Walsh Jennings continued in the comments.

She added that she received "snarky" comments from other shoppers when others noticed she wasn't wearing a mask. She added that she would typically wear a mask to "make others feel comfortable - but this is so much bigger than being a security blanket for others or being PC."

The CDC recommends everyone wear a mask or face covering in any situation where social distancing is not possible — particularly when shopping. Studies have shown that masks and face coverings will significantly reduce the spread of the coronavirus.

Her initial post garnered more than 6,000 comments from other Instagram users. While some commenters supported Walsh Jennings' decision, most were disappointed in the three-time gold medalist.

On Tuesday, Walsh Jennings posted an Instagram "Truce," that contained an apology.

"To those I've upset so deeply, I am sorry. To those who are open to hearing where I am coming from, I appreciate your openness and civility. To those in agreement, I appreciate you expressing your views. To those calling me dumb, selfish, privileged, bigoted, and racist and telling me that "you are better than this", I fully acknowledge that addressing such an emotional, layered, nuanced and polarizing topic on social media was not the smartest thing," Walsh Jennings wrote in part.

In her apology post, Walsh Jennings clarified that she "often" wears a mask, though she doesn't believe in their "efficacy unless it's of a certain caliber." The CDC has said that any simple cloth face covering will help the wearer prevent the spread of COVID-19 to other people.

She also added that she is not advocating for others to stop wearing masks.