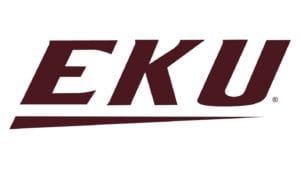 A solo shot in the top of the sixth inning by WKU’s Rebekah Engelhardt proved to be the difference in the game.

EKU took the lead in the bottom of the third after a four running inning. Four straight walks brought in one run. That is when Hannah Clark cleared the bases with a double in the right center gap to take a 5-3 lead after three innings.

Destinee Lizzmore led off the bottom of the first with her team-best seventh home run of the game. Clark was 2-for-3 with one double and three RBIs. Lizzmore was 1-for-3 with a home run.

Western outhit Eastern 8-3 on the contest.

Kelsey Aikey picked up the win in the circle for the Hilltoppers going five innings and striking out eight.

The Colonels open up conference play at home on Friday against Tennessee Tech. First pitch is at 4 p.m.