No. 16 UK Opens SEC Play with Mississippi State, No. 19 Mizzou

Wildcats to face Bulldogs and Tigers to open 2019 SEC play 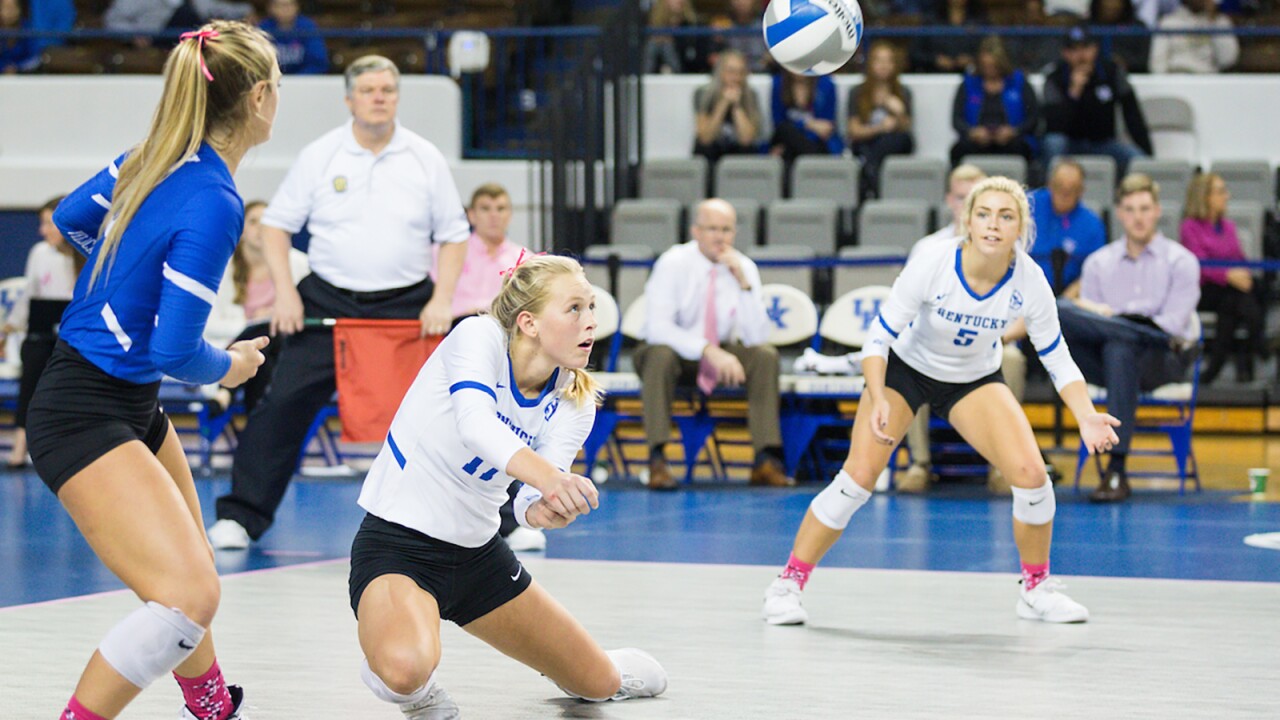 LEXINGTON, Ky. — On the heels of a sweep in the “Battle of the Bluegrass” against No. 25 Louisville on Friday night, the No. 16 Kentucky Wildcats volleyball team will begin Southeastern Conference play this weekend, hosting the Mississippi State Bulldogs on Friday night before traveling to No. 19 Missouri on Sunday.

UK and Mississippi State will have a first serve of 7 p.m. ET on Friday. Sunday’s top-25 match-up with Kentucky and Mizzou will begin at 3 p.m. ET. Friday night’s match will be shown live on the SEC Network+, ESPN3 and the ESPN app with Dave Baker and Kathy DeBoer on the call from Memorial Coliseum. Sam Ravech and Jenny Hazelwood will have the call from Columbia on Sunday with the match shown live on ESPNU.

Tickets for Friday night’s match with MSU are available through the UK Ticket Office at UKathletics.com/tickets. Both general admission and reserved seats are available.

Leah Edmond has taken over the offense for UK as of late, with a career-high 27 kills in UK’s match vs. Purdue on Wednesday night of last week. Edmond became just the second player in the rally scoring era at UK to record 27-plus kills in a match as a Wildcat. She is closing in on No. 2 all-time at UK in both scoring era’s, as she sits just three kills behind Lisa Bokovoy for second all-time.

After registering her 1,000th career kill as an NCAA volleyball player last week vs. Indiana, Leah Meyer has upped her game, registering 18 kills in UK’s two matches last week with four blocks and 23 points to go along with it.

Kentucky leads the all-time series with Mississippi State 50-2, with UK’s only two losses to MSU coming in 1994 and 2011. The Wildcats have won the last 11 in a row vs. MSU, only dropping one out of 33 sets. UK has never lost at home to Mississippi State.

The Wildcats are 7-5 all-time against Mizzou, having won the last three meetings in a row. UK clinched the 2018 SEC Championship on the Tigers’ home floor, sweeping Mizzou 3-0 in the third-to-last regular season match last year. Mizzou’s last win in the series came in 2016 as part of a three-match win streak vs. UK. That was also the last road loss for UK in the series.