Across the Tracks: A new TVG travel show spotlights Lexington 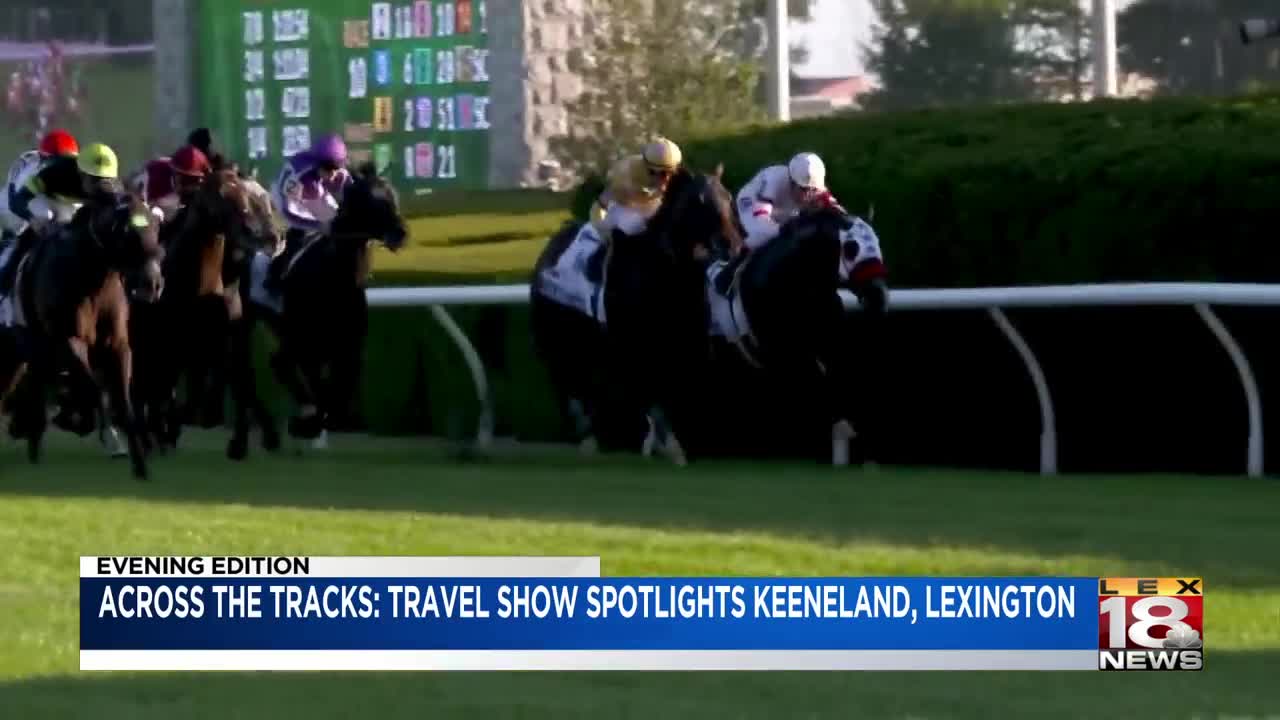 LEXINGTON, Ky. (LEX 18) — A new TVG travel show highlights horse tracks across the country, along with the traditions of the surrounding area. The first episode features Keeneland and some of the things that make Kentucky, Kentucky.

Rolling hills, horses, bourbon and basketball make the Bluegrass state one of a kind. That's the focus on a new TVG travel show called Across the Tracks.

"It was shot over a 10 day period in the fall of 2019. And at that time, we never could have predicted a global pandemic coming, six-foot social distancing," horse racing analyst Todd Schrupp, said.

The show, which is hosted by Schrupp, will go behind the scenes of the towns surrounding horse tracks around the country and finding the spots that make it unique.

The first episode starts at Keeneland.

Schrupp noted that the coronavirus has delayed the filming of other episodes, but he knew Lexington was the best choice for the first one.

"I was able to go to people that I've known for years, some that I've just discovered and interview these amazing people that make up the community of Lexington," Schrupp said.