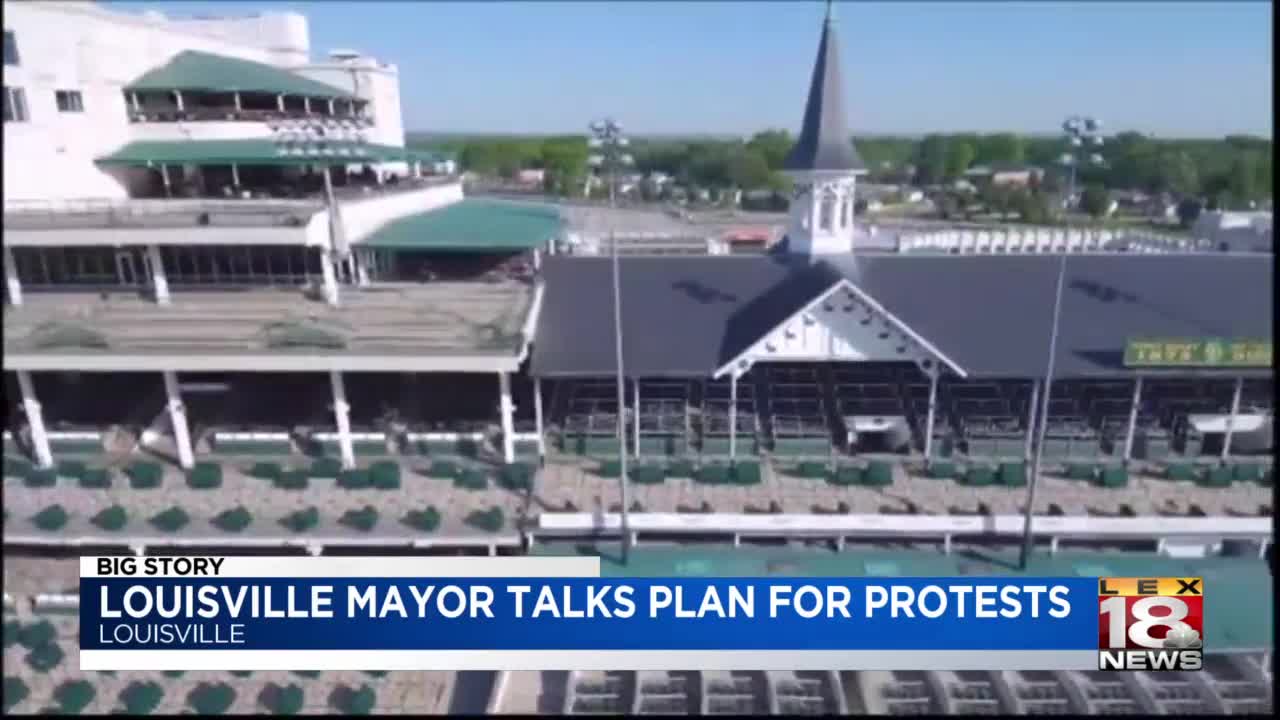 LOUISVILLE, Ky. (LEX 18) — In a virtual news conference Wednesday, Louisville Mayor Greg Fischer and police said they are prepared to handle protests during the Kentucky Derby festivities Saturday, despite admitting they don’t know how many people will show up outside Churchill Downs.

“Racial justice is a goal that we all support,” Fischer said. “And we support First Amendment rights. We just have to balance the right to protest with our essential duty to protect public safety.”

Groups like the NFAC have pledged to protest Saturday to demand justice for Breonna Taylor, who was shot and killed by police while she was inside her apartment earlier this year.

Police are also expecting counter protesters to show up Saturday.

"We will try and funnel these persons with different view points into specific areas to try and prevent confrontations between those groups,” LMPD Major Aubrey Gregory said.

Police have been in contact with leaders of several groups, including the NFAC, which plans on protesting for four or five hours, according to Maj. Gregory.

“I have been impressed,” Gov. Andy Beshear said when asked about the preparations made ahead of Saturday. “Especially at the last couple major demonstrations, about the communication ahead of time. I think that that's been very smart and thoughtful by everybody. And you know what, if you can have a dialogue about something like that, I hope that we can go, as time evolves, a little deeper.”