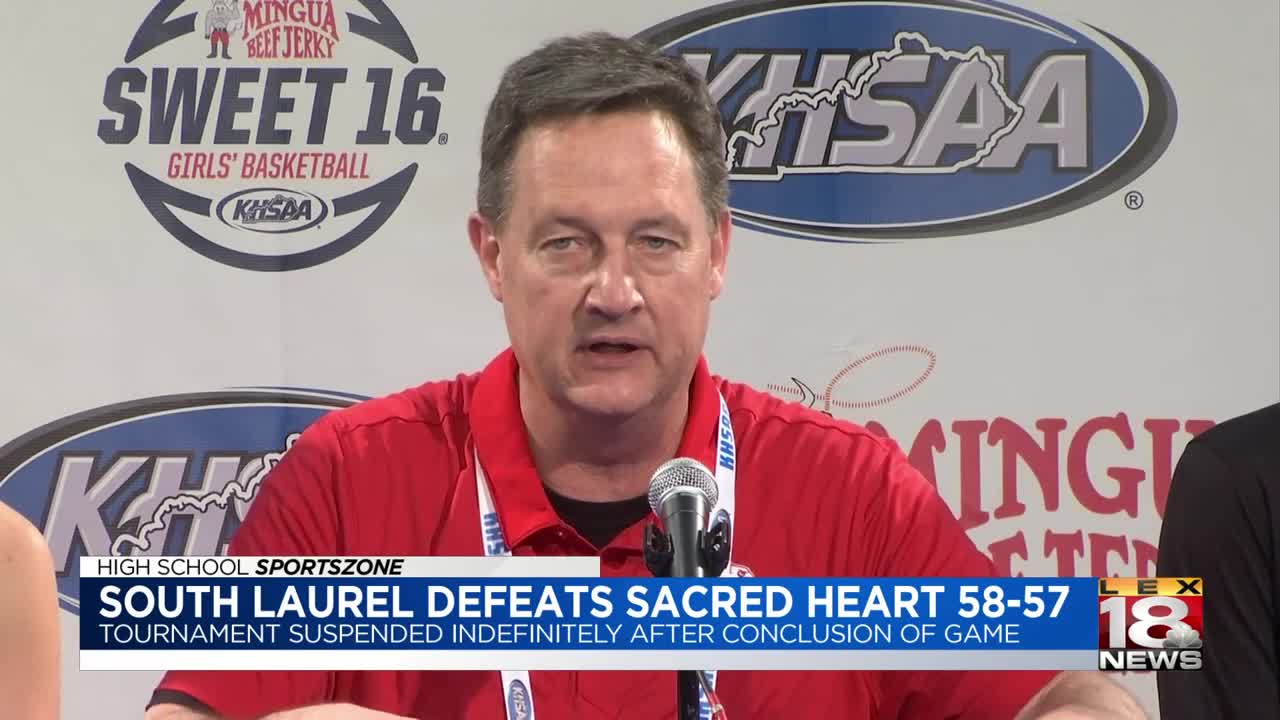 (LEX 18) — South Laurel and Sacred Heart may have played the final high school game of the season.

The Lady Cardinals won a thriller over the Lady Valkries, 58-57 in the opening round of the Sweet 16 at Rupp Arena. It was the first and only game on Thursday after the KHSAA decided to suspend the boys and girls tournaments indefinitely.

"If it is [the final game], we won," said South laurel head coach Chris Souder. "I told them before the ball game that we've won already, and regardless of what happens, it's a happy ending for these kids. I told them that they've drug me along and that one of my dreams, I didn't get to play in Rupp Arena as a player but I got to coach here, so hopefully it's not and we will do things in our control and let them handle those decisions.

LEX 18 also met up with the Scott Co. Boys basketball team, who punched their ticket to Rupp Arena after defeating Lexington Catholic last week in the 11th Region Championship.

"I told them to be proud of what they accomplished and that there are things in life we can't control. Be thankful for the opportunity that you had and keep hope that you may be able to finish the journey."