Hagans is the only UK player on the first team 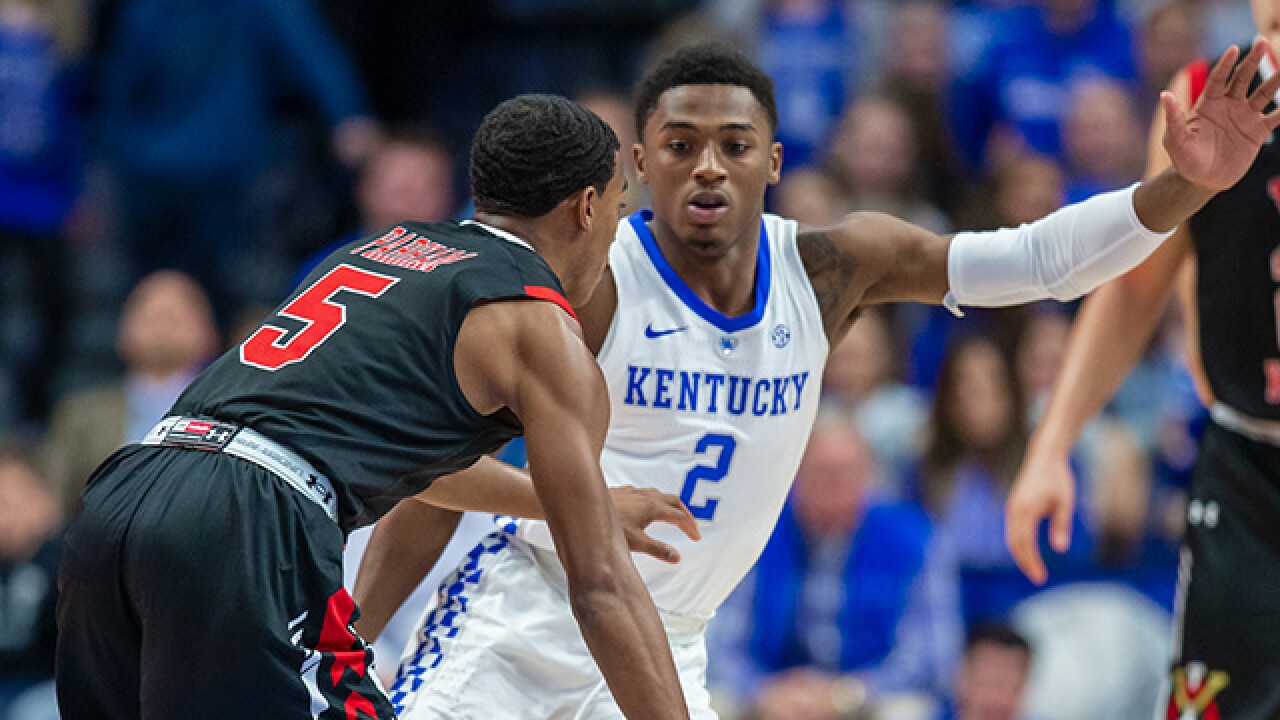 Ashton Hagans likes to apply defensive pressure but is still trying to figure out how to fit in best. (Jeff Houchin Photo)

LEXINGTON, Ky. — The SEC coaches revealed their All-SEC teams on Monday and UK is represented by three players.

Tyrese Maxey and E.J. Montgomery are on the second team All-SEC. Maxey is a freshman out of Garland, Texas where he was the state's Mr. Basketball. Maxey also made NBC Sports’ preseason All-America Third Team, was an Associated Press preseason All-America Honorable Mention selection and is on the Jerry West Award watch list for the Naismith Hall of Fame’s top shooting guard.

Montgomery is back for his sophomore season. He's Kentucky's leading returning rebounder at four per game. Montgomery also averaged 4 points per game and shot 48% from the field.

UK opens the season Tuesday night at 9:30 against No. 1 Michigan State in New York City.