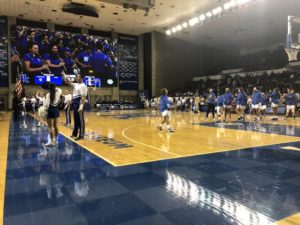 The Kentucky Women’s Basketball team lost its home finale on Thursday night to Texas A&M, 62-55. The Wildcats will need a win at Georgia on Sunday to lock up a top four seed for next week’s SEC Tournament.

Here are some other interesting notes following the loss both for the team and individually.