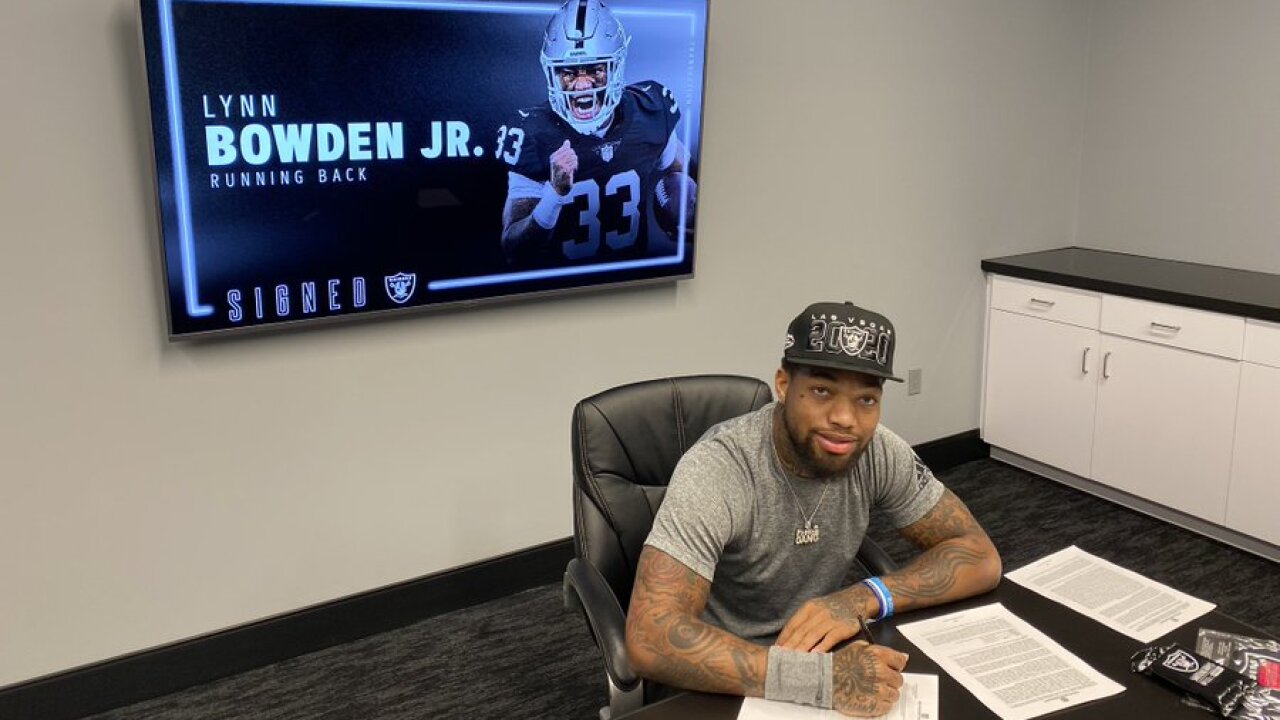 Bowden sent out the moment it happened throughout social media Saturday.

Them hard times don’t last moment of my life officially a LAS VEGAS RAIDER this one for Superior ✔️‼️ pic.twitter.com/rlkv4wqTnT

Bowden was selected in the third round of this year's NFL Draft.

He joins the Raiders, a team that will be playing in Las Vegas for the first time this season in a brand new stadium.