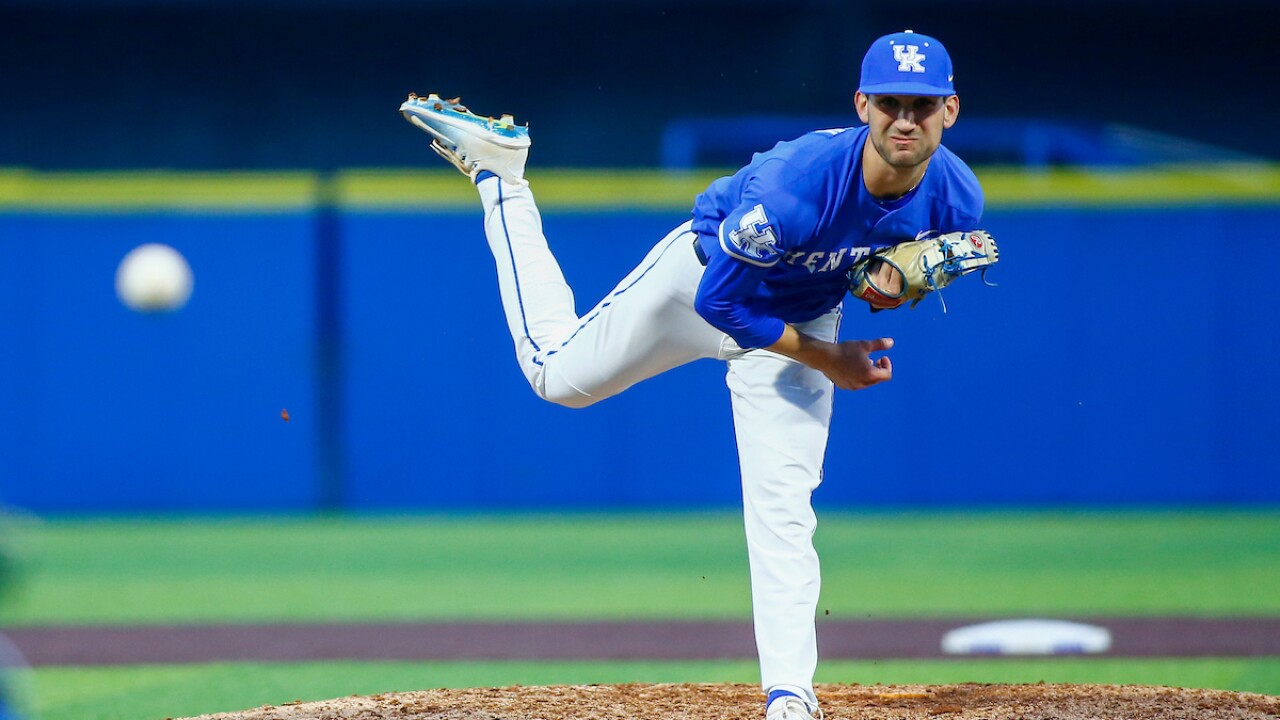 The right-hander inked his deal on Sunday, the first day undrafted free agents could sign with major league franchises. The redshirt junior graduated last month and will forego his remaining eligibility.

Coleman, a local product who attended Lexington Catholic High School, drew significant interest from around the league before settling on the Yankees. He was drafted by the Tampa Bay Rays in the 33rd round of last summer’s draft but opted to return to school. The 2020 MLB Draft was shortened to five rounds instead of the traditional 40 rounds due to Covid-19 and additional special circumstances.

The 6-foot-2, 190-pounder has flashed a big arm during his time in Lexington, where he has served as one of the Wildcats’ top relievers. He struck out 81 hitters in 53.2 career innings, a rate of 13.58 strikeouts per nine innings, the highest such rate for any UK pitcher with at least 50 innings pitched since 1979. He finished with a 5-5 record and five saves to go along with a 4.19 earned run average and .211 opponent batting average, including a paltry .172 by left-handed hitters.

In the shortened 2020 season Coleman saw 13 of the 17 outs he recorded come via the strikeout and allowed just four hits and one walk on the season in six appearances. In 2019, he notched a team-best five saves in 23 appearances. He also starred in the famed Cape Cod league the past two summers, including leading the league with a miniscule 0.90 ERA in 2018.

Coleman also shined off the field and was inducted into UK’s prestigious Frank G. Ham Society of Character earlier this year for his service in the community and academic excellence.