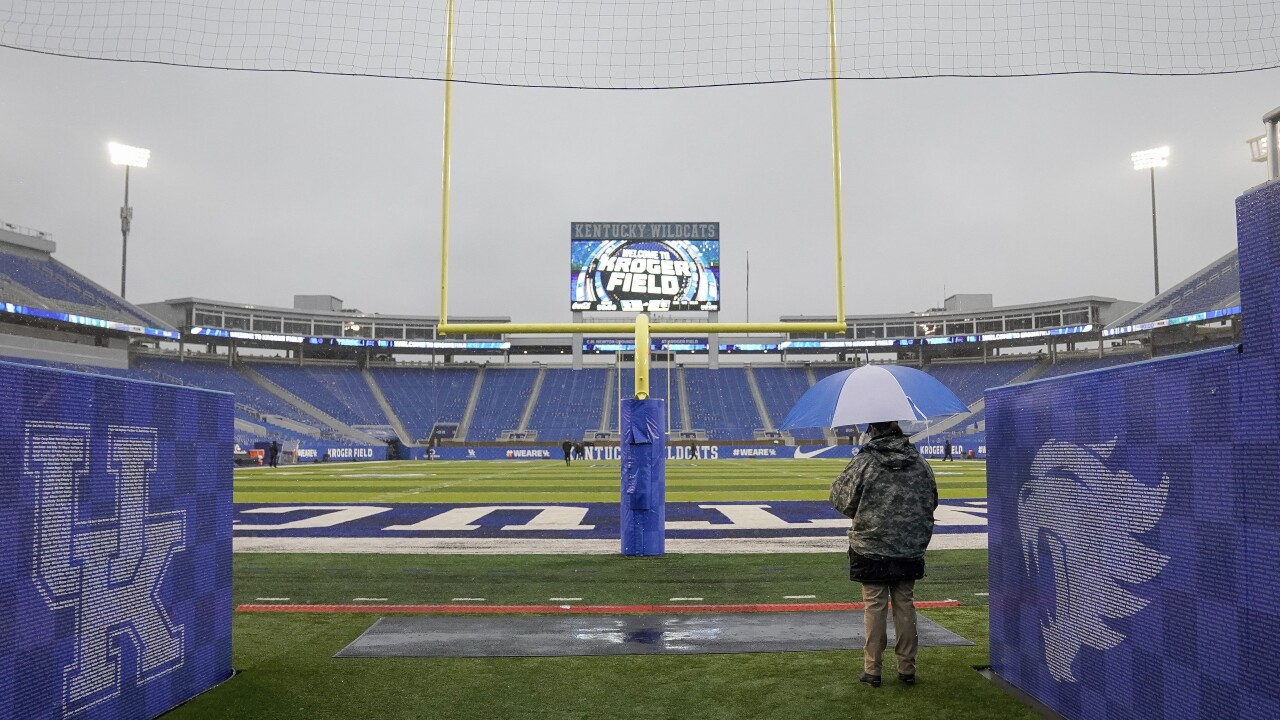 Bryan Woolston/AP
A woman stands on the field in the rain before Kentucky plays Louisville in an NCAA college football game, Saturday, Nov. 30, 2019, in Lexington, Ky. (AP Photo/Bryan Woolston)

(LEX 18) — Kentucky added Alabama and Ole Miss to its football schedule for the upcoming season.

The Wildcats will travel to Tuscaloosa to face the Crimson Tide and will welcome the Rebels to Kroger Field.

Alabama owns a 37-2-1 record against Kentucky with the last meeting coming in 2016 where the Tide won 34-6. Kentucky defeated Alabama in 1997 when Tim Couch was the quarterback for the Wildcats.

"We made every effort to create a schedule that is as competitive as possible and builds on the existing eight Conference games that had already been scheduled for 2020," said SEC Commissioner Greg Sankey. "This schedule is a one-year anomaly that we have developed under unique circumstances presented by the impact of COVID-19."

Game dates and times still haven't been announced, although earlier the SEC planned on starting the season September 26.