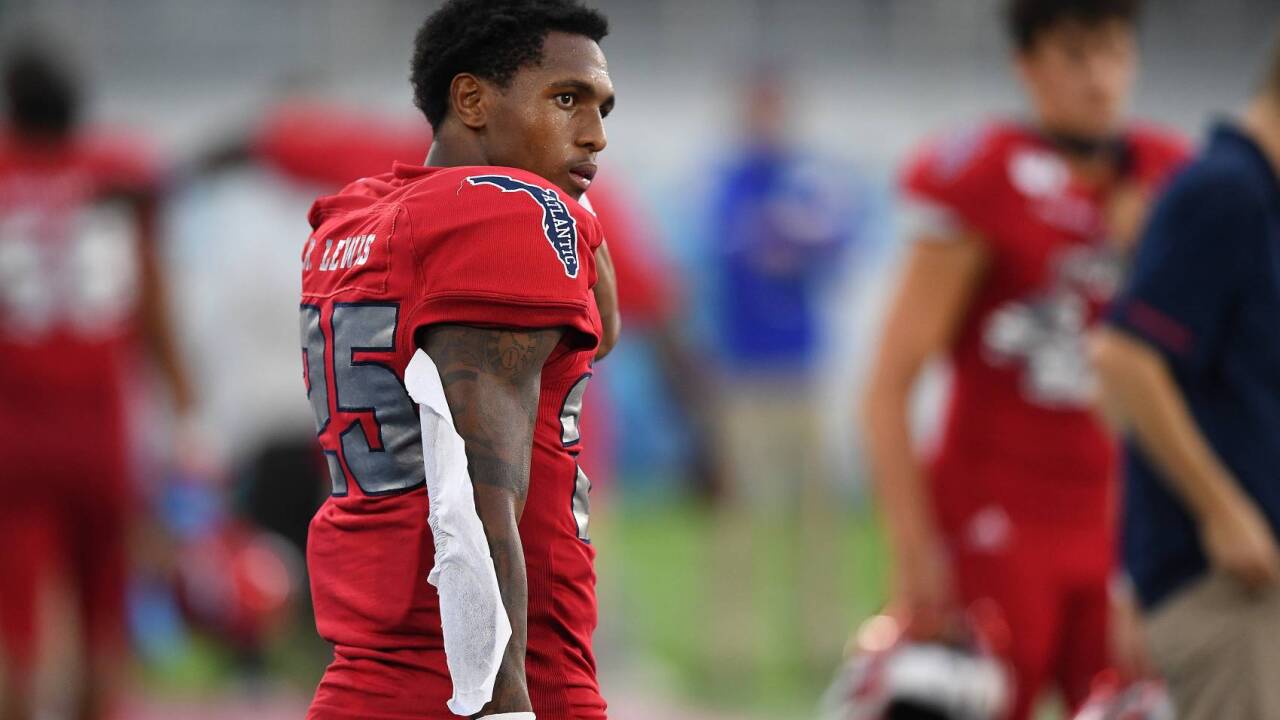 Both are sons of NFL Hall of Famer and two-time Super Bowl champion Ray Lewis, who played for the Baltimore Ravens from 1996-2012.

Rayshad tweeted a video announcement while Rahsaan retweeted several twitter posts saying he would be transferring as well.

Rayshad began his collegiate career at Utah State, where he lined up at wide receiver and racked up 40 receptions for 476 yards and two touchdowns as a freshman in 2017 before transferring to Maryland, where he lined up as a receiver, defensive back and special teams specialist. He's currently listed as a wide receiver on Maryland's roster and will be a graduate transfer for Kentucky.

Rahsaan was a redshirt sophomore at FAU this past season, but started his career at Central Florida in 2018.

He had four tackles in seven games as a true freshman at UCF before heading to FAU. In four games of action with the Owls, he was mostly a special teams returner, which is why he was redshirted his sophomore year.