Trump lashes out at NASCAR, Bubba Wallace over flag, rope 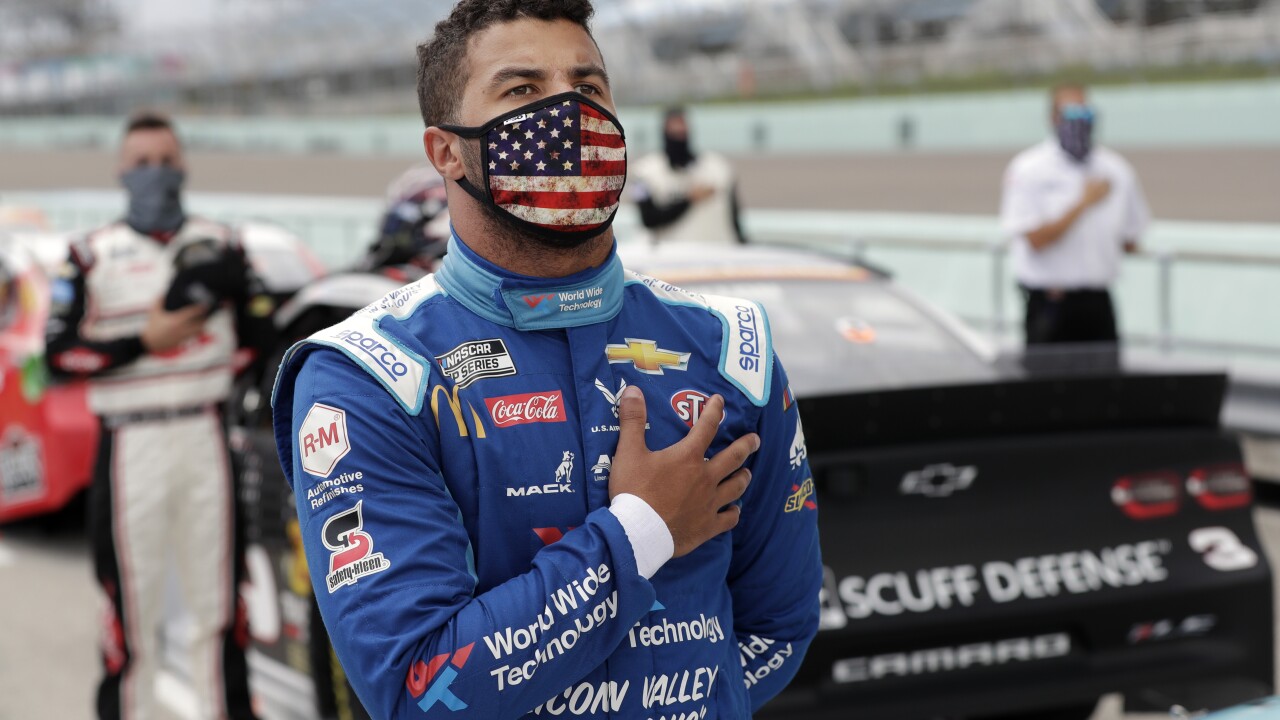 President Donald Trump is criticizing NASCAR for banning the Confederate flag at its races and is going after its only Black driver.

After a weekend spent stoking division, Trump wrongly accused Bubba Wallace of perpetrating “a hoax” after one of his crew members discovered a rope shaped like a noose in a garage stall. Federal authorities ruled last month that the rope had been hanging there since at least last October and was not a hate crime.

Has @BubbaWallace apologized to all of those great NASCAR drivers & officials who came to his aid, stood by his side, & were willing to sacrifice everything for him, only to find out that the whole thing was just another HOAX? That & Flag decision has caused lowest ratings EVER!

Trump asked Monday whether Wallace has “apologized to all of those great NASCAR drivers & officials who came to his aid."

Wallace maintains the rope was fashioned into a noose. NASCAR released a photo of the rope last month and said at the time it showed a noose was found, however the rope had been there since October 2019 and could not have been targeting Wallace.