The first of two preseason games for the Wildcats 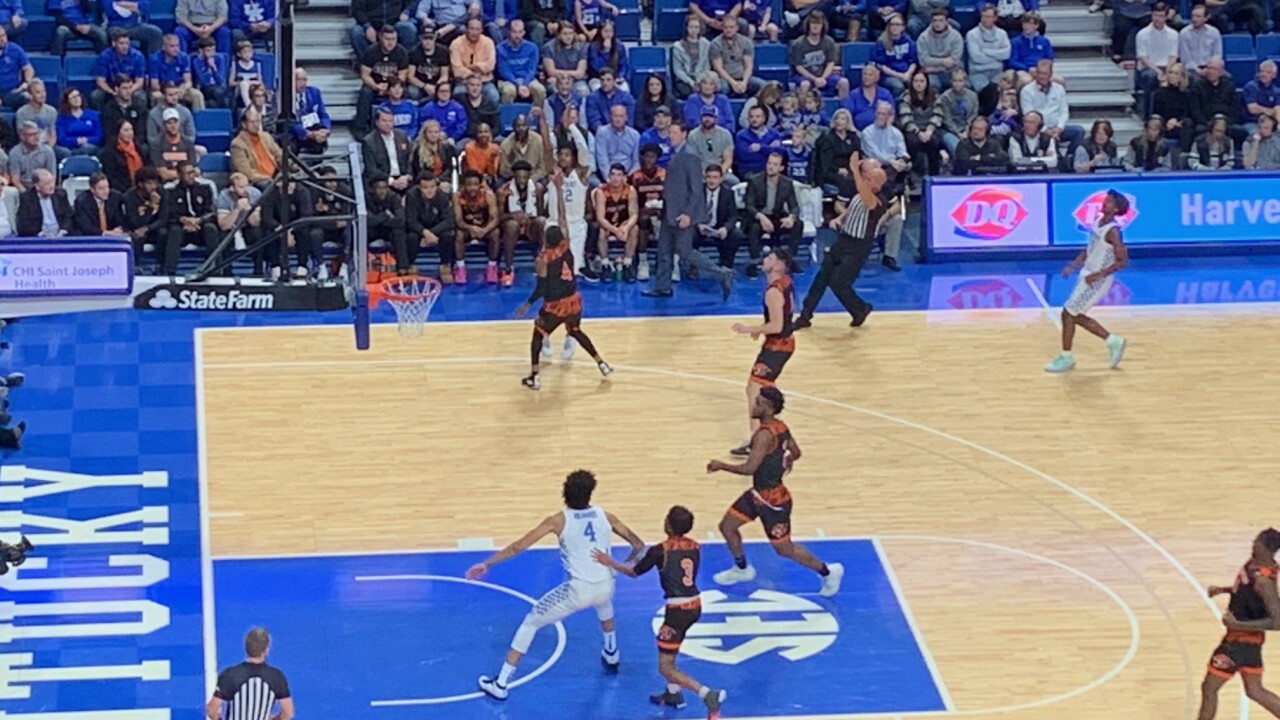 LEXINGTON, Ky. — Kentucky beat Georgetown 80-53 in its first exhibition as the Wildcats prepare for the season.

The Wildcats got a fast start in the first ten minutes thanks to the play of Immanuel Quickley. He hit his first three shots and all of them were three pointers. Quckley added two rebounds and an assist to go with several free throws and he had a quick 12 points. Hagans was also active with three quick steals, two of them leading to dunks on the other end.

It was a slow start to the second half as Nick Richards scored first. But, following a three from Georgetown, Richards turned his left ankle and had to be helped off the floor. That could be tough for UK who opens the season in nine days against number one Michigan State.

The Tigers cut the lead to 12 with 16:17 to go in the game as Ohmer hit a lay-up and was fouled. He connected on the free throw as Georgetown trailed 45-33. Kentucky turned it up from that point. Ashton Hagans with a three and euro step lay-in was followed by a Quickley 17 footer, Tyrese Maxey 3 pointer and Keion Brooks follow to put UK up 57-33.

Georgetown wouldn't go away. When Jacob Conway hit a pull up three from the wing, the Tigers were on a 7-0 run to cut the UK lead to 60-43. Nate Sestina stopped that with a bucket down low.

Kentucky went on another scoring run as Sestina had a couple of buckets down low, Hagans hit a 3 and E.J. Montgomery had a lay-in.

UK would win by a final score of 80-53. The Wildcats were led by Immanuel Quickley's 16. Ashton Hagans and Tyrese Maxey had 14 each. Nate Sestina had a double-double, 11 points and 10 rebounds. UK shot 49% from the field, 41% from the three point line and 65% from the free throw line.

The Wildcats have one more exhibition on Friday, November 1st when they host Kentucky State at 7:00.