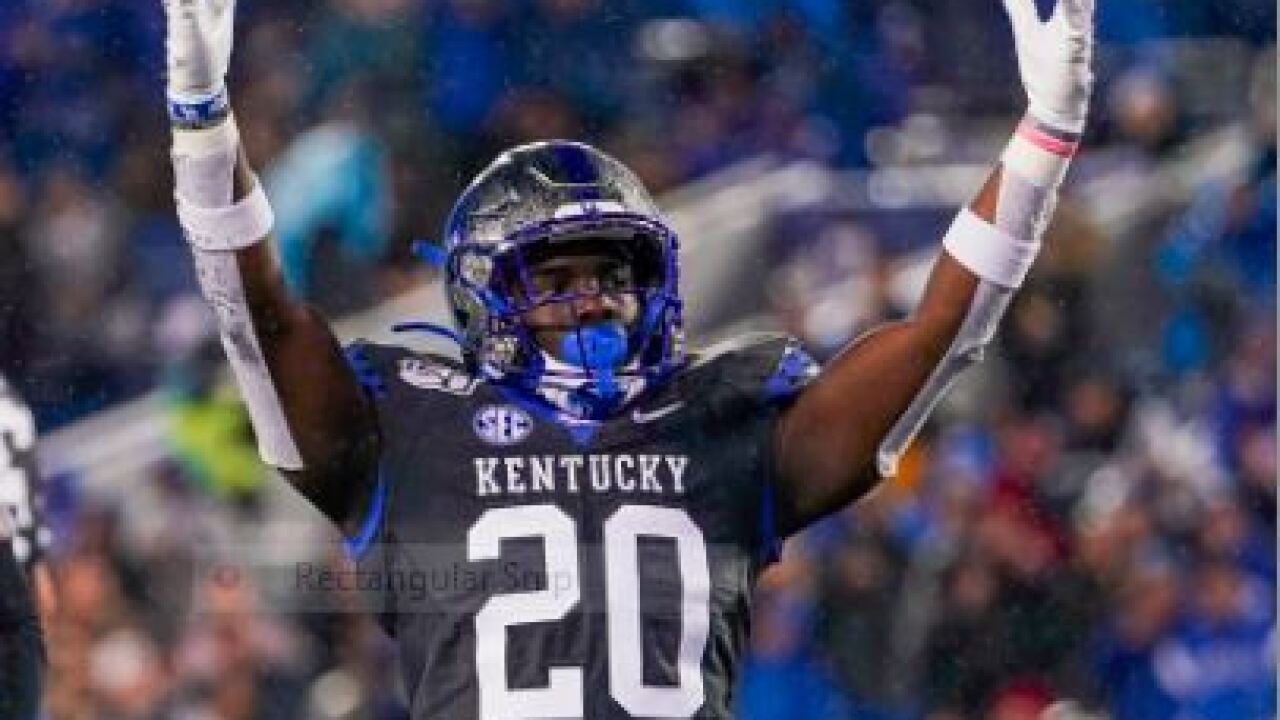 LEXINGTON, Ky. — The Kentucky football team returned to Kroger Field to pick up a big win over Missouri, 29-7

The game started in a driving rain and both teams had trouble moving it on their opening possessions. Missouri would put together a good drive on their second possession that resulted in a field goal attempt. The 45 yarder from Tucker McCann was wide right and Kentucky would take over.

UK was only able to move the sticks on yet another pass interference call on the defender guarding Ahmad Wagner. Then, as Lynn Bowden was running he fumbled the ball away near midfield.

The Wildcats got the ball back and at the start of the second quarter, Bowden fired a deep pass to Bryce Oliver for a gain of 44 yards. Bowden followed that up with an 18 yard run. Then, Kavosiey Smoke followed that up by jumping over the pile to score the touchdown to give UK a 6-0 lead after Matt Ruffalo missed the extra point.

Kentucky drove into Missouri territory and after another run, Bowden was unable to get up. Sawyer Smith was forced to come into the game. He handed the ball of a couple of times before throwing a pass that went off the hands of Oliver and into the hands of Josh Ali. Bowden came back in and handed it off to A.J. Rose, who went 20 yards for the score. Ruffalo's extra point went off the goal post for a 12-0 UK lead.

Kentucky's defense would force another punt and then Bowden had another big play. The junior took off on a 46 yard run to get down to the Missouri 30 yard line. It led to a Chance Poore 43 yard field goal and 15-0 lead for the Cats.

Missouri got it back and instead of running out the clock tried to make something happen. Jordan Wright hit Kelly Bryant and forced a fumble that was recovered by Cedric Dort at the Missouri 20. Just two plays later, Bowden carried it in for a 10 yard touchdown and UK would lead 22-0 at the half.

Kentucky was unable to move it on their first possession of the second half. Missouri did. Bryant would hit Tyler Badie on a third down screen pass and Badie turned on the jets to outrun the Wildcats defense 73 yards for the first Tigers Touchdown. UK still up 22-7.

Start of the 4th quarter, UK was backed up and in punt formation. Max Duffy, who earlier kicked a 70 yard punt, took off running for a 26 yard gain to keep the drive alive. That led to a Lynn Bowden 33 yard touchdown to put the Wildcats in front 29-7.

Bowden finished 3-7 for 54 yards while also becoming the first SEC player to rush for 204 yards this season. He added 2 touchdowns on the ground. The Wildcats improve to 4-4, 2-4 on the season. Next Saturday is their second bye week and that's followed up by a home game on November 9th against Tennesseee.