Hagans leads the Wildcats with 26 points 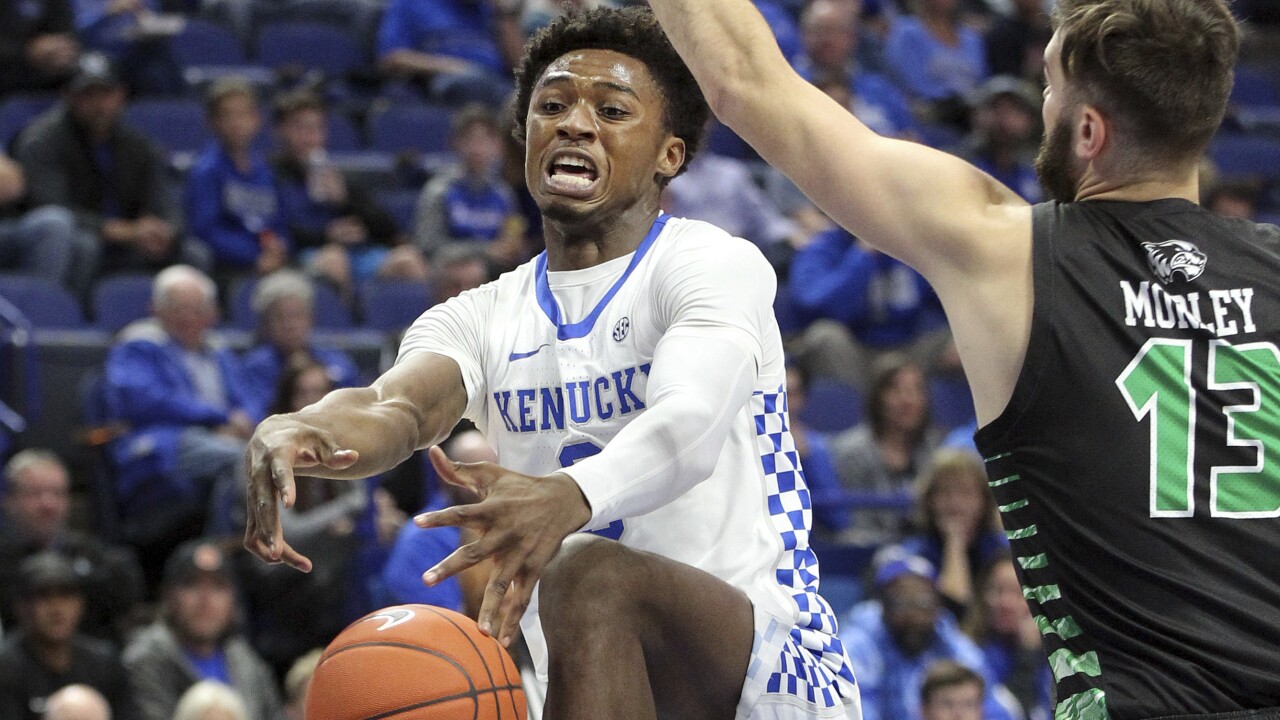 LEXINGTON, Ky. — The Kentucky basketball team played another close one at home but held off Utah Valley 82-74.

Kentucky was down to just seven scholarship players with E.J. Montgomery (ankle) and Immanuel Quickley (chest injury) on the sidelines.

The Wildcats started slow but it was a big first half for Nick Richards. The junior forward had several hook shots fall, including one that he hit while he was fouled. That gave the WIldcats a 10-6 lead.

Like Evansville, Utah Valley stayed close with the three point shot. One tied it at 20 before Richards hit another hook shot and Tyrese Maxey hit a long three to put the Cats up 25-20.

The WIldcats built their biggest lead as Kahlil Whitney hit a jumper from the wing and Ashton Hagans got a steal and slam to put Kentucky in front 31-25 with just less than 3 minutes to go in the half.

Nick Richards led the way with 11 points and 7 rebounds. Maxey chipped in 9 and Hagans had 8. Both teams shot 33% while UK out rebounded Utah Valley 26-14.

The Wildcats started the second half strong. Richards hit a couple more shots inside the lane, Kahlil Whitney added a lay-up and Maxey hit a couple of shots to give UK a 48-36 advantage.

Keion Brooks got the Rupp Arena crowd into it with a big slam as he drove baseline to put UK up 54-41.

The Cats got a bucket from Hagans down low and that pushed the lead back to four. Washington then thought he was fouled and picked up a technical with 5:54 to play in the game.

Utah Valley's, Washington, hit another long, long three to cut the UK lead to 68-67. But, the Cats countered with a bucket from Nate Sestina as he was fouled. He hit the free throw for a 71-67 lead with 2:16 to play.

The Wildcats improve to 3-1. Next up is a Friday night game with UK hosting Mount St. Mary's at 7:00 p.m. on the SEC Network.