Wolverines use the three to keep it close 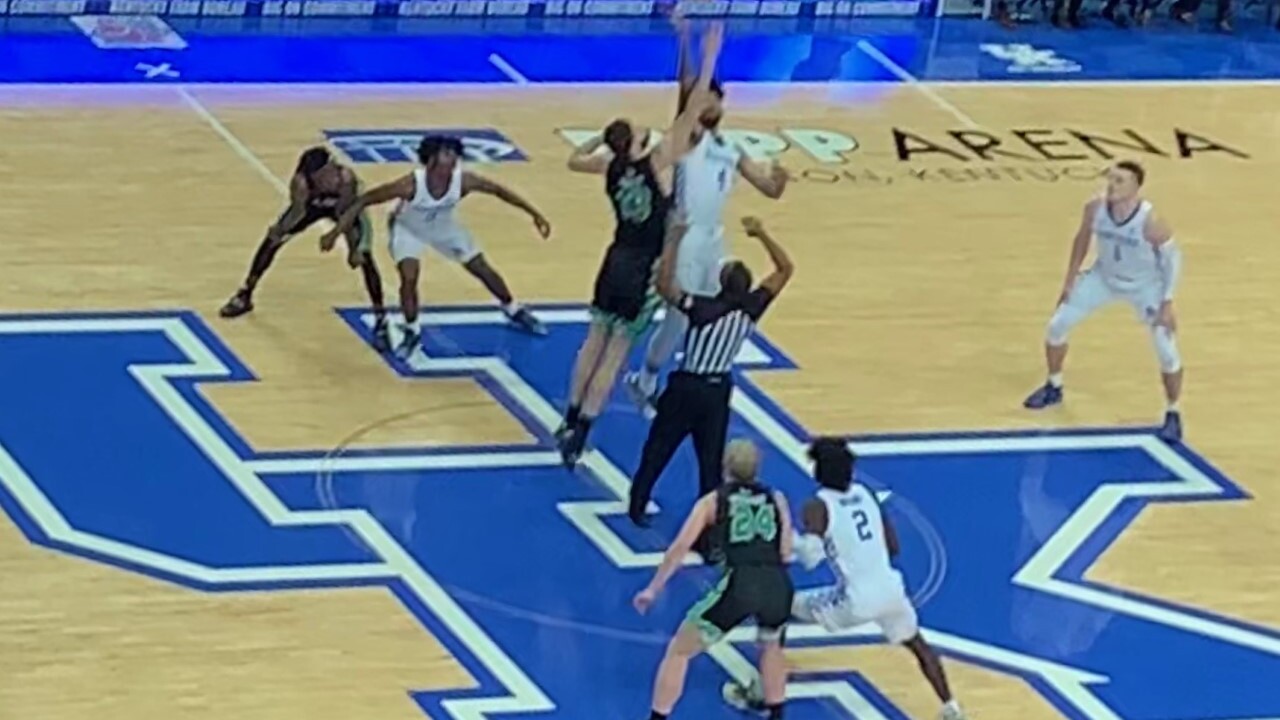 Kentucky was down to just seven scholarship players with E.J. Montgomery (ankle) and Immanuel Quickley (chest injury) on the sidelines.

The Wildcats started slow but it was a big first half for Nick Richards. The junior forward had several hook shots fall, including one that he hit while he was fouled. That gave the WIldcats a 10-6 lead.

Like Evansville, Utah Valley stayed close with the three point shot. One tied it at 20 before Richards hit another hook shot and Tyrese Maxey hit a long three to put the Cats up 25-20.

The WIldcats built their biggest lead as Kahlil Whitney hit a jumper from the wing and Ashton Hagans got a steal and slam to put Kentucky in front 31-25 with just less than 3 minutes to go in the half.

Nick Richards led the way with 11 points and 7 rebounds. Maxey chipped in 9 and Hagans had 8. Both teams shot 33% while UK out rebounded Utah Valley 26-14.