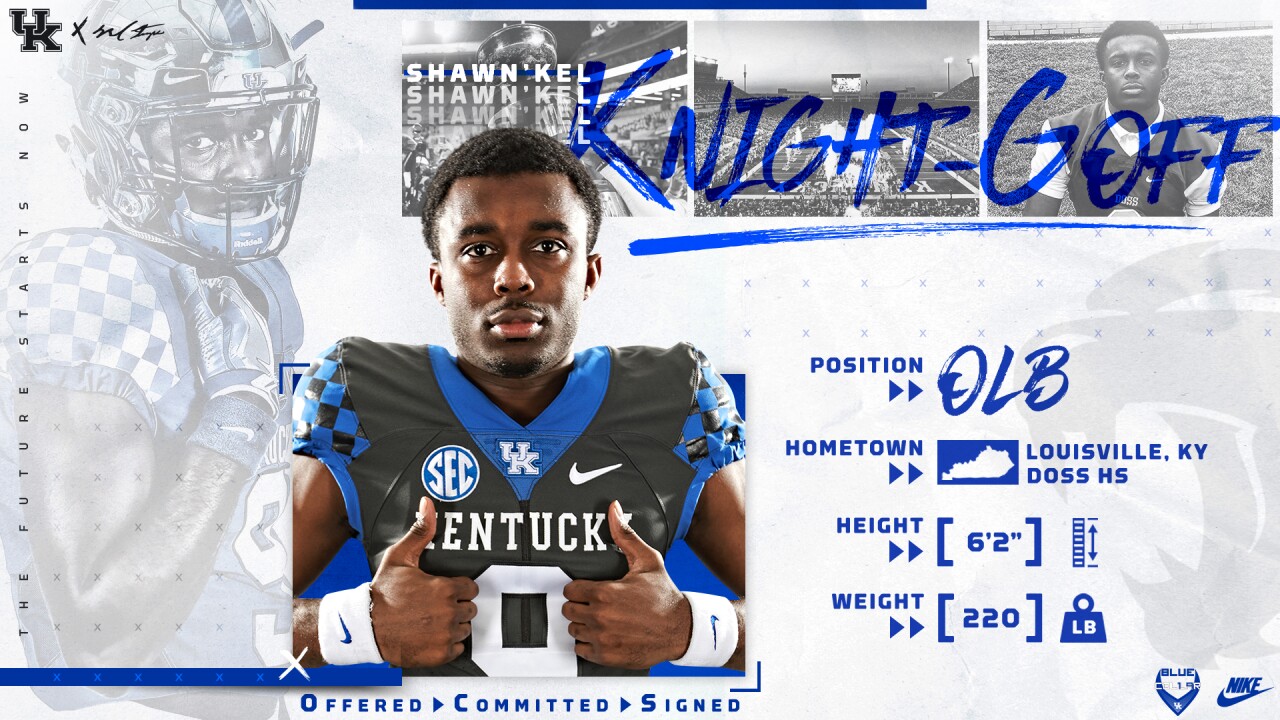 The freshman linebacker from Louisville didn't play for the Wildcats this season and left the team in October. He came to UK ranked as one of the top 10 players in the state out of Doss High School. He was a three-star prospect according to both Rivals.com and 247Sports.com