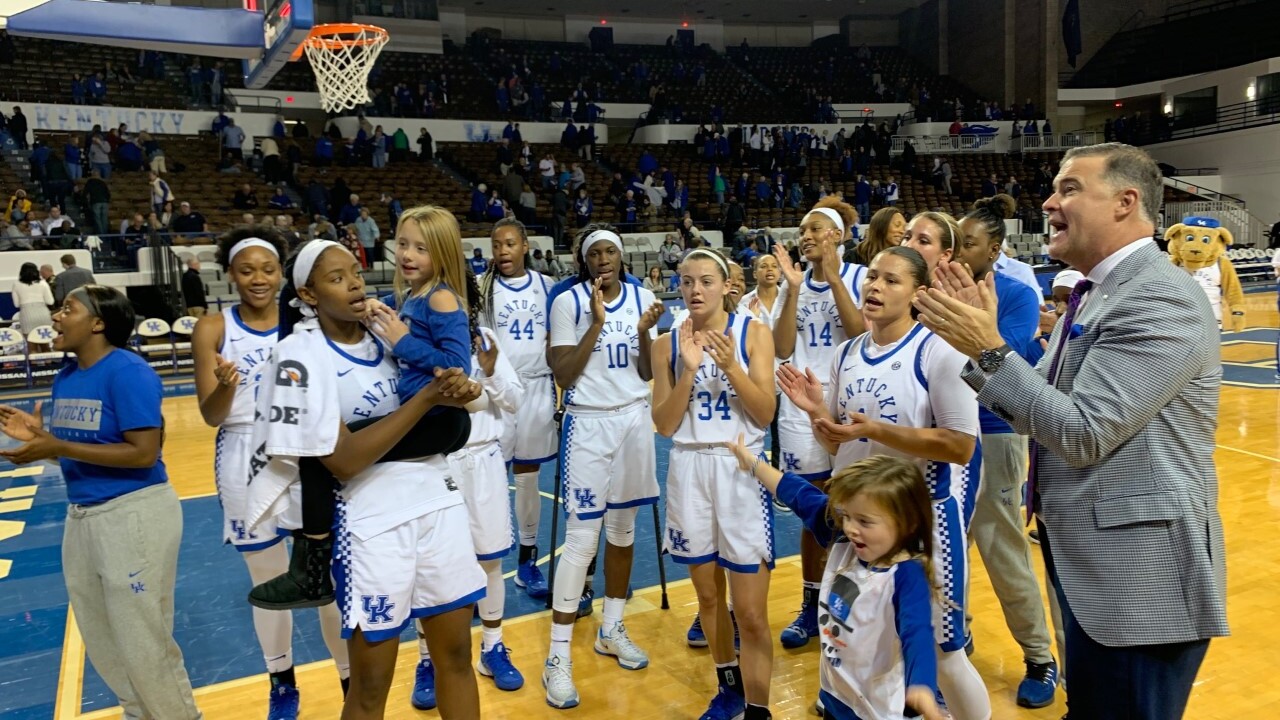 LEXINGTON, Ky. — The UK women's basketball team opened the season with a 67-44 win over Mount St. Mary's of Maryland.

Rhyne Howard struggled from the field, mainly in the first half, but finished with a double-double. The sophomore had 14 points, 11 rebounds, 5 assists and 5 steals. Kentucky also got double figure scoring from Jaida Roper who had 13 points and Tatayana Wyatt added 10.

The Kentucky defense was also key to the victory as the Wildcats held the Mountaineers to 28 percent shooting from the field and forced 28 turnovers.

The Wildcats next game will be on the road as they travel to Murfreesboro, Tenn. to face Middle Tennessee Sunday at 3:00.