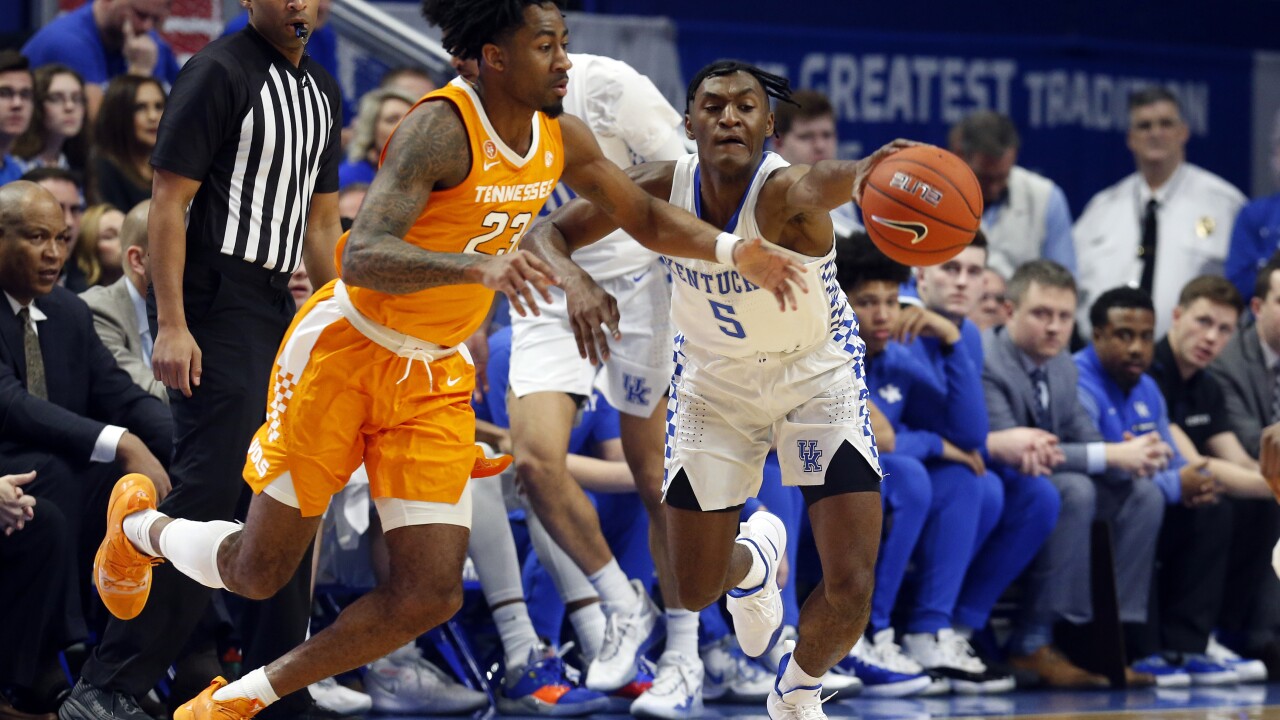 Tennessee regained the lead with 6:47 to play and didn't look back.

The Volunteers were led by John Fulkerson, who had 27 points on 10-15 shooting from the field. He was one of four Volunteers to score in double figures.

Tyrese Maxey led the way for the Wildcats, scoring 21 points on 8-15 shooting. The Cats also had four players score in double figures.

Kentucky closes the regular season Saturday at Florida. Tip-off is scheduled for 1 p.m.