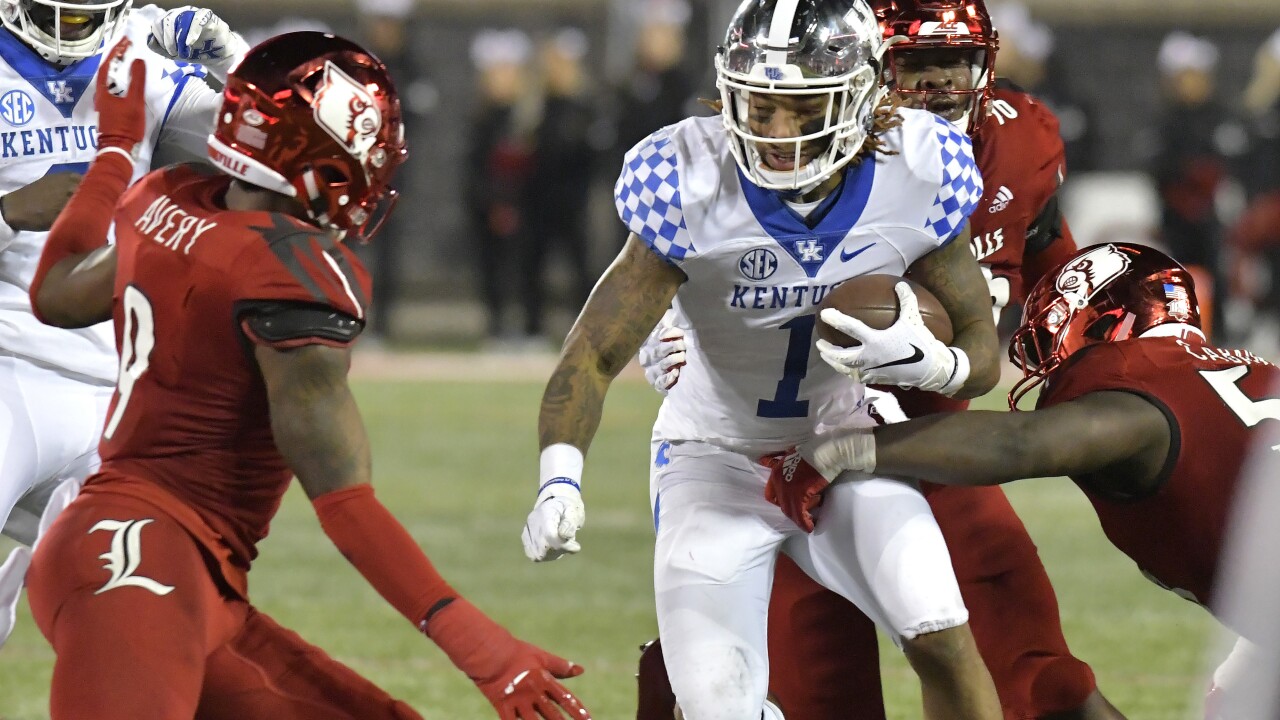 LEXINGTON, Ky. — According to FBSchedules.com, UK and U of L Football have renewed their contract to continue the series through the 2027 season.

The only real news aside from the extension is that it keeps the Governor's Cup game as the final game of the regular season for both teams. That was a change that was made in the contract starting in 2014. Before that from 2011 through 2016 the game was played at some point during the first three weeks of the season.

According to an open records request by FBSchedules.com, the contract extension was actually signed by both athletic directors on March 14 of 2018. Here are the future dates after the extension.

Last season, Kentucky traveled to Cardinal Stadium in Louisville and dominated the Cardinals 56-10 to claim the Governor’s Cup for the second time in three seasons. They are set to play this season in Kroger Field on November 30th.