Lack of technology a big problem during virtual learning 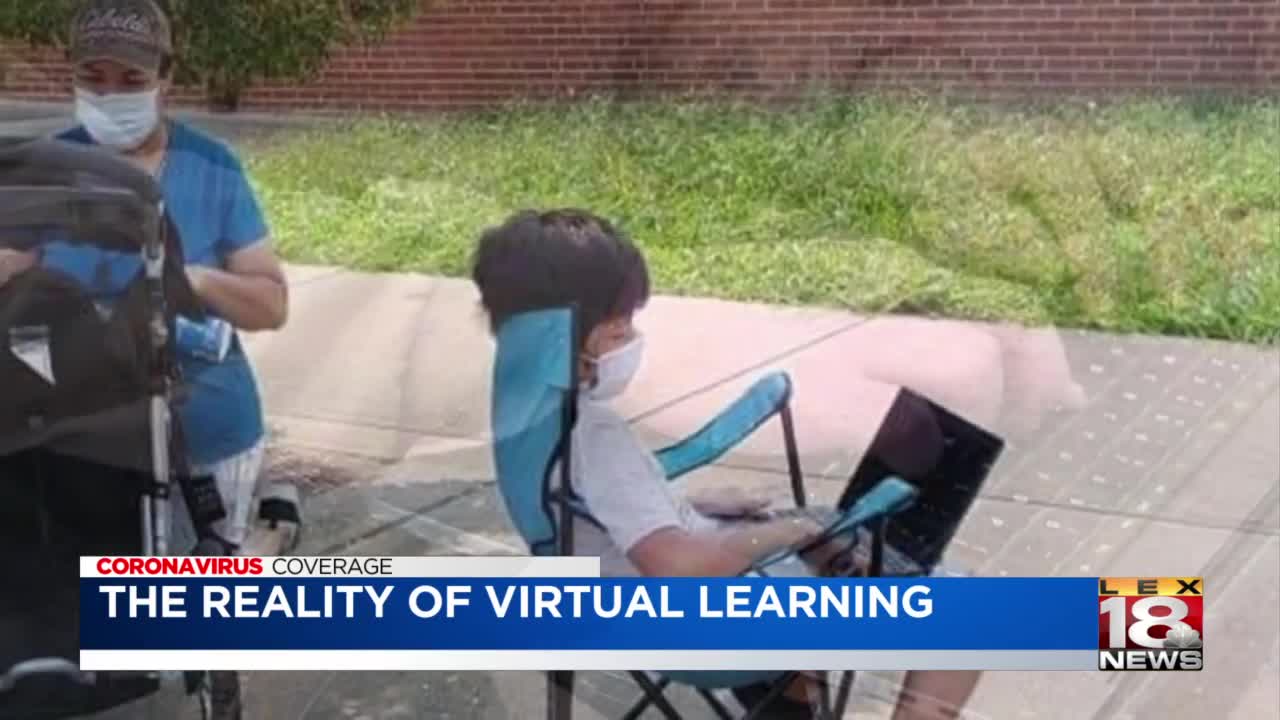 LEXINGTON, Ky. (LEX 18) — Ethan Rodriguez doesn't have to sit in his school's parking lot to get internet anymore. After waiting three weeks, the Cardinal Valley fourth grader received his hotspot device Friday afternoon from his school. Concerned staff shared the photos of Rodriguez sitting outside with his mother and baby brother, to bring attention to the fact that at least 200 students at Ethan's school still needed Chrome Books and/or hotspot devices to do their online assignments.

Fayette County Public Schools administrators said additional hotspots arrived today and more Chrome books have been ordered. Rodriguez is one of many children around the state who've been struggling to virtual assignments without home internet.

Tim Booth of Beattyville says he spends up to five hours a day in a truck with his two grandchildren at the Lee County Courthouse. They don't have a choice, they can't afford monthly internet service.

"I've been driving every day to the hotspot in town. We've been sitting down there during the day in the truck while they do their homework and stuff," said Booth.

He told us it's not uncommon to see seven or eight students doing the same thing.

In Scott County, the non-profit Transform Scott County, reached out to local churches to help students who don't have the technology for virtual schooling. Director Nathaniel Price says it's really not about access. He points out families can get hotspots at school parking lots, but who can work well in a car? Price is hopeful with several churches now offering indoor internet access, students will have a comfortable place to do their schoolwork.

Price believes, too often, school districts get the blame for all the problems. His hope is that everyone will be part of the solution.

"I think we keep looking at the schools to be the only answer to all questions. That's not fair, not a reality.
We've got to figure this out as a community," said Price.

For more on what churches are doing in Scott County, click this link.