Kentucky up to confirmed 248 cases of COVID-19 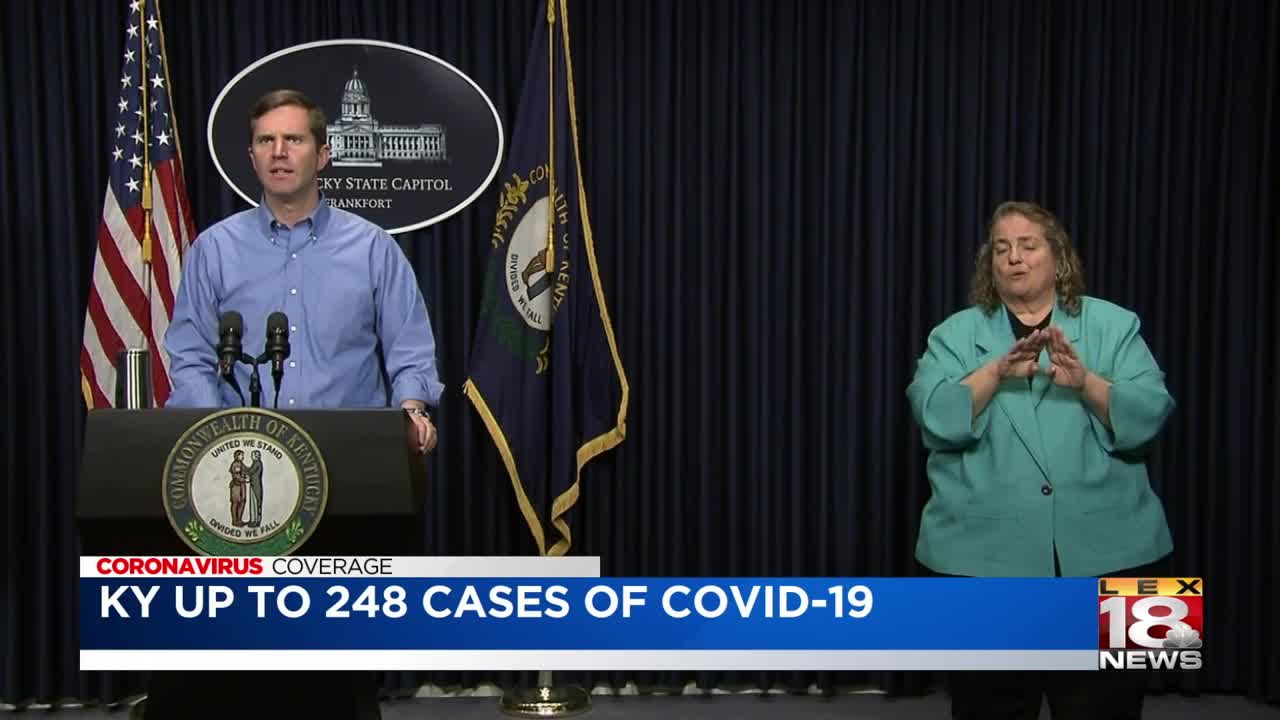 FRANKFORT, Ky. (LEX 18) — Gov. Andy Beshear announced during his Thursday press conference that Kentucky is now up to 248 confirmed cases of COVID-19, up 50 cases from Wednesday.

The 50 new cases is the biggest day-to-day jump since COVID-19 was first reported in the state. Out of the 50 new cases, Beshear originally believed one included Kentucky's first case involving a patient in a nursing home. The individual was a 90-year-old man in Perry County.

"That person is no longer in the (nursing) home," Beshear noted.

However, moments after his press conference, Beshear tweeted out that the 90-year-old tested negative.

Very good news! We just received a call and after reviewing it further, the 90-year-old Perry County nursing home resident has tested negative for #COVID19.

Below are the day-by-day numbers of cases of COVID-19 in Kentucky dating back to March 20.