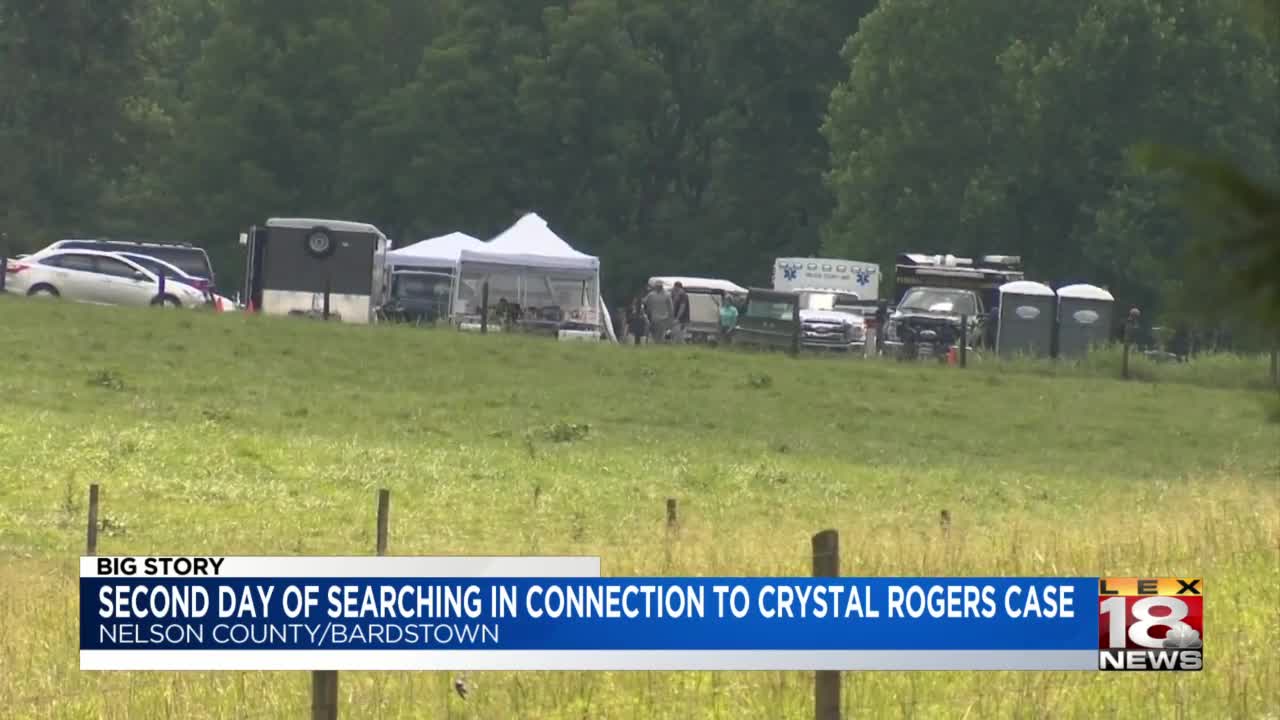 NELSON COUNTY, Ky. (LEX 18) — For the second day in a row, the FBI and other law enforcement searched a farm on Paschal Ballard Lane. It's a farm owned by the family of Brooks Houck, Crystal Rogers' ex-boyfriend.

An FBI spokesman said the farm is where all the work will be done from here on out. He did not offer any other details.

On Thursday, federal agents searched multiple locations in connection to the search for Rogers who vanished in July of 2015. They spent all day searching Brooks Houck's Glenview Drive home where they seized guns and other property along with items from his brother Nick's house only minutes away.

To date, Brooks Houck is the only suspect named in Rogers' disappearance. He maintains he had nothing to do with it.

Two days after Rogers vanished, her abandoned car was found on the Bluegrass Parkway with no sign of her.

Rogers' mother, Sherry Ballard, has repeatedly said she believes Houck is responsible for her daughter's disappearance.

Recently, human remains were discovered in a secluded area on the Nelson-Washington County line. A relative told us Friday the family still has no idea if the remains belong to Rogers.

The FBI continues to investigate and interview people about the case.