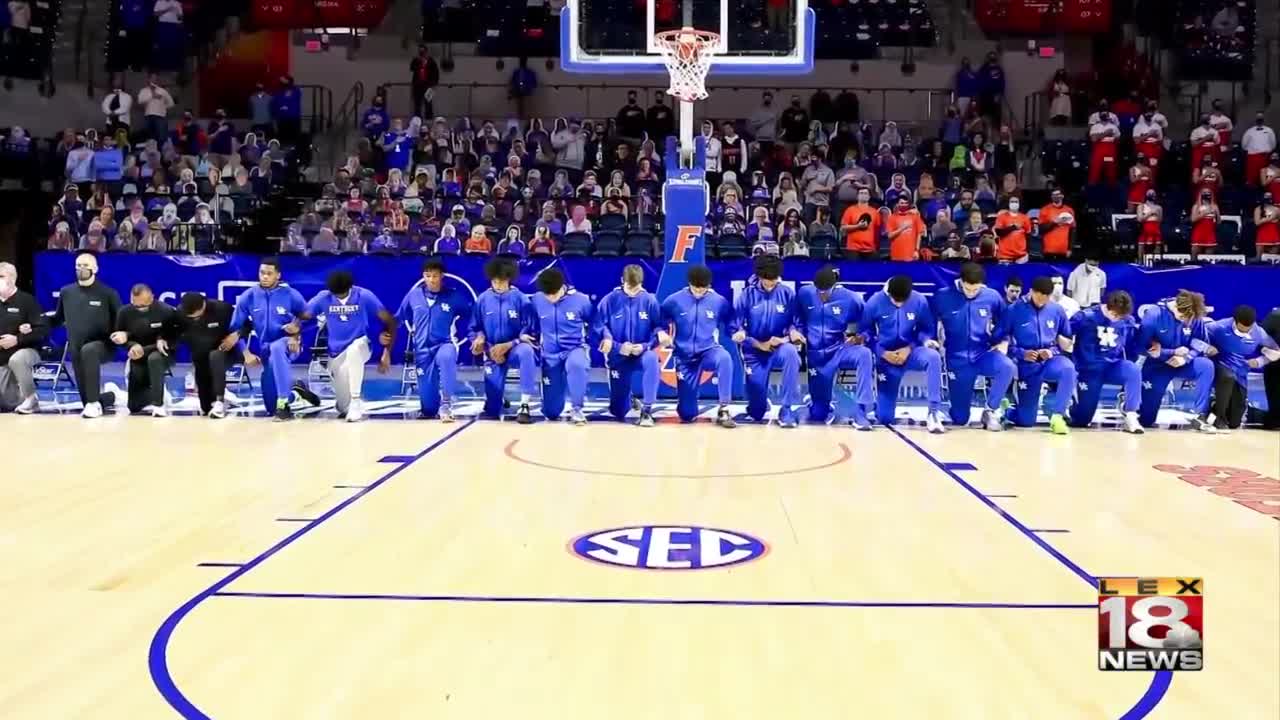 LONDON, Ky. (LEX 18) — Sheriff John Root didn't want to discuss his social media video post from the weekend, in which he tossed a University of Kentucky basketball t-shirt into a fire.

It all stemmed from Saturday night when the UK basketball team took a knee during the National Anthem prior to tip-off against the Florida Gators.

The players said this action was a message toward the ongoing issues that are taking place in the nation.

Following the game, Laurel County Sheriff John Root expressed his outrage toward the decision to kneel and made a promise about his UK gear.

On Sunday afternoon, he posted a follow-up video, where he burned the UK shirt. In the video, he singled out coach John Calipari, telling him to control the players over their stance to take a knee during the National Anthem. Later that night, the video was taken down off Facebook.

The video begins: "I'm Sheriff John Root here, with my good friend Jailer Jamie Mosley, and we're kind of discussing the outrage last night of the University of Kentucky Wildcats. That disrespected our American flag and our National Anthem."

As he threw the shirt in, Sheriff Root said, "And this is what I think about the program Coach, until you can get these guys under control and lead by example. Here's my shirt."

Root was joined in the video by Laurel County jailer Jamie Mosley. He, too, wasn't pleased with the players and feels it's a sign of disrespect, but chose to flip the script on the entire situation.

Rather than burning clothing, he suggested anyone wanting to unload and UK, or other clothing, should bring it to the correctional center, where he'd collect the items and donate them to the county's homeless shelter, so they'd be put to good use. He also offered a "back the blue" t-shirt to those who donated. By noon Monday, Mosley had five or six bags worth of donated clothing.

"The clothing is going to a good cause," said Jamie Gross, who donated in exchange for a shirt.

"No, I won't be watching games for a while," he said, making it clear that he disagrees with kneeling while the anthem is being played.

Players from the team addressed the issue during Monday's media session. As we've heard from so many dating back to when then-San Francisco 49ers quarterback Colin Kaepernick took a knee in protest, this isn't about being disrespectful to the flag or what it represents.

"We just want to support and raise awareness about the things that have happened lately," said Oliver Sarr, referring to the event at the Capitol in Washington, D.C. last Wednesday. "It comes from a place of peaceful conversations and being open-minded," Sarr continued.

Following UK's victory, some of the players and Coach Calipari discussed the decision to kneel.

"I think the message pretty much stands for itself," said Kentucky forward Keion Brooks. "We just came together as leaders of the team and decided this is something we want to do to take a stand to what we're seeing in the world today. Coach (Calipari) was with us. It's great to have the man in charge backing you with everything you do."

"It's something that speaks for itself," said Calipari. "These kids are good kids and they care about this country and all of the other stuff. They're trying to figure out life and making statements they think they have to make. I want to listen to what they're saying and I want to support them if they want me to be there."