Kentucky kneeled together before game vs Florida 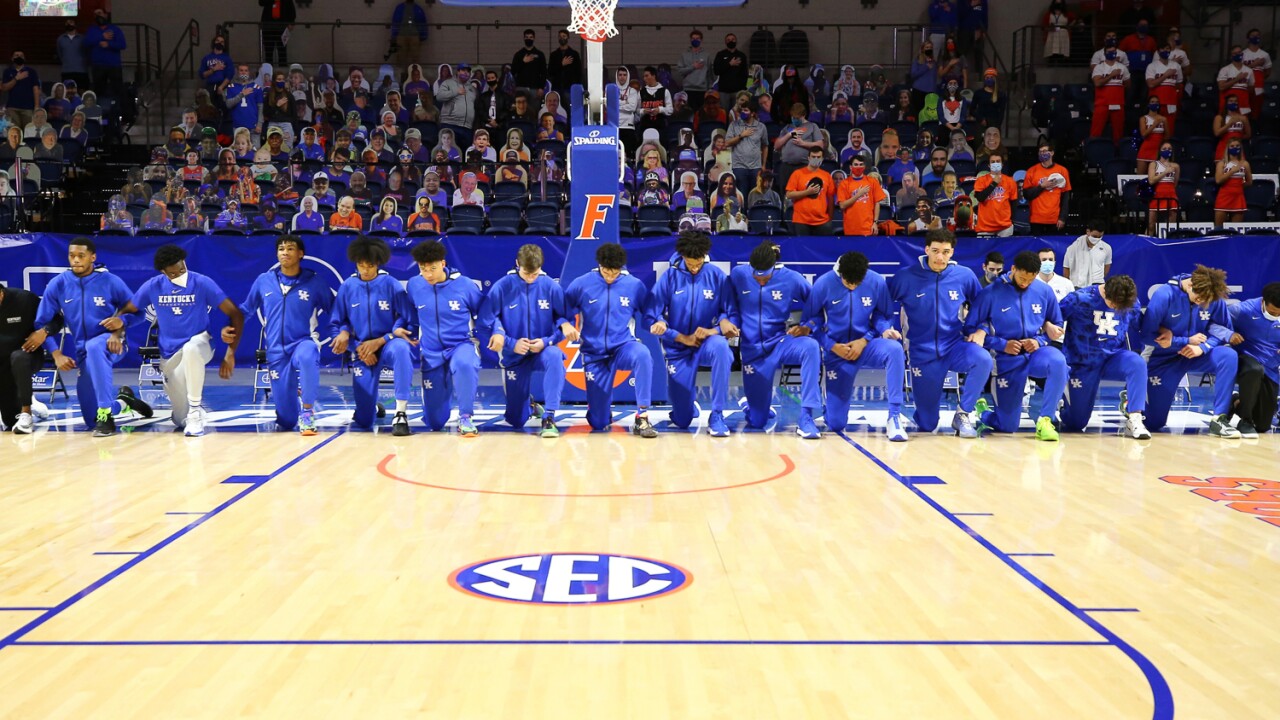 UK Athletics
The Kentucky basketball team made the decision to kneel together prior to Saturday's tip-off vs Florida.

GAINESVILLE, Fl. (LEX 18) — Prior to Kentucky's 76-58 win over Florida Saturday, the Kentucky men's basketball team made the decision to kneel together as a message towards the ongoing issues that are taking place in the nation.

"It's great to have the head man in charge backing you with everything you do."

Prior to Saturday's win, Kentucky kneeled during the national anthem as a team to make a statement. Here's what Cal and Brooks had to say about their decision to do so. pic.twitter.com/ilg3XZEamb

Head coach John Calipari said the team didn't have a lot of conversation about the decision to do so, but he heard the team was planning on doing something.

That's when he met with Olivier Sarr, Davion Mintz, and Keion Brooks and asked why they wanted to do so. He didn't specify what they said but he agreed with their decision.

"It's something that speaks for itself," said Calipari. "These kids are good kids and they care about this country and all of the other stuff. They're trying to figure out life and making statements they think they have to make. I want to listen to what they're saying and I want to support them if they want me to be there."

"I think the message pretty much stands for itself," said Kentucky forward Keion Brooks. "We just came together as leaders of the team and decided this is something we want to do to take a stand to what we're seeing in the world today. Coach was with us. It's great to have the man in charge backing you with everything you do."