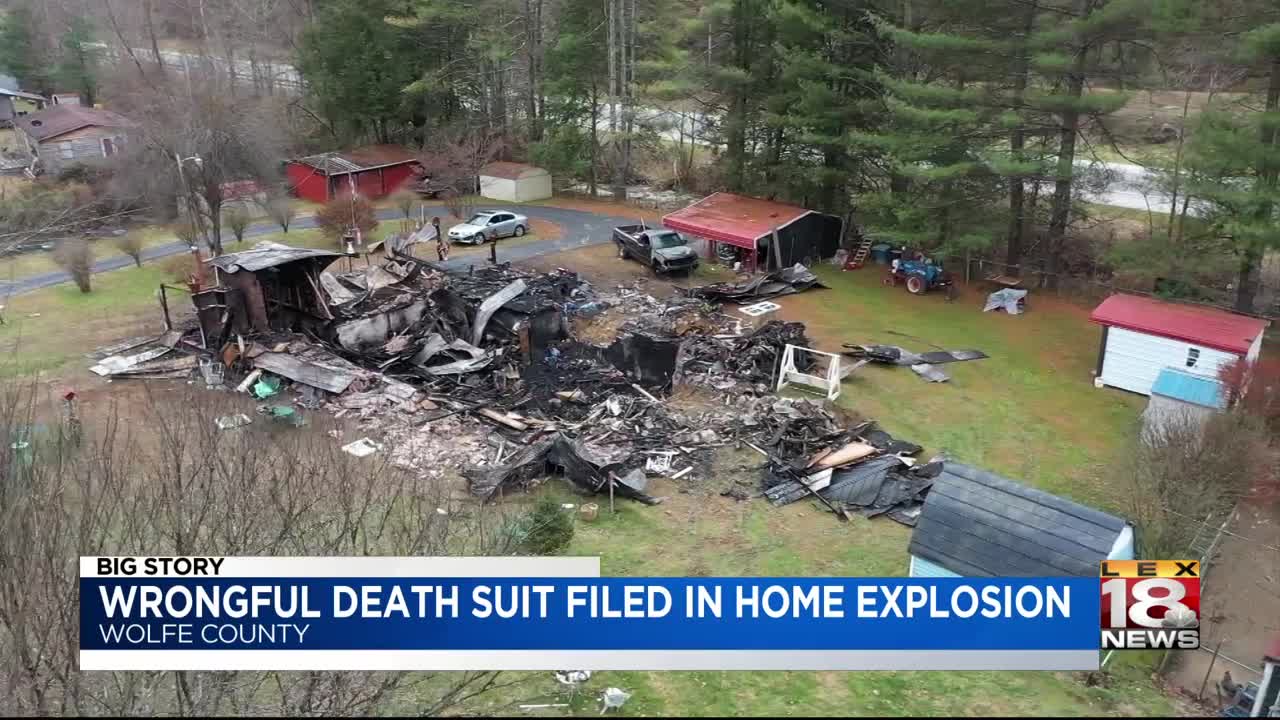 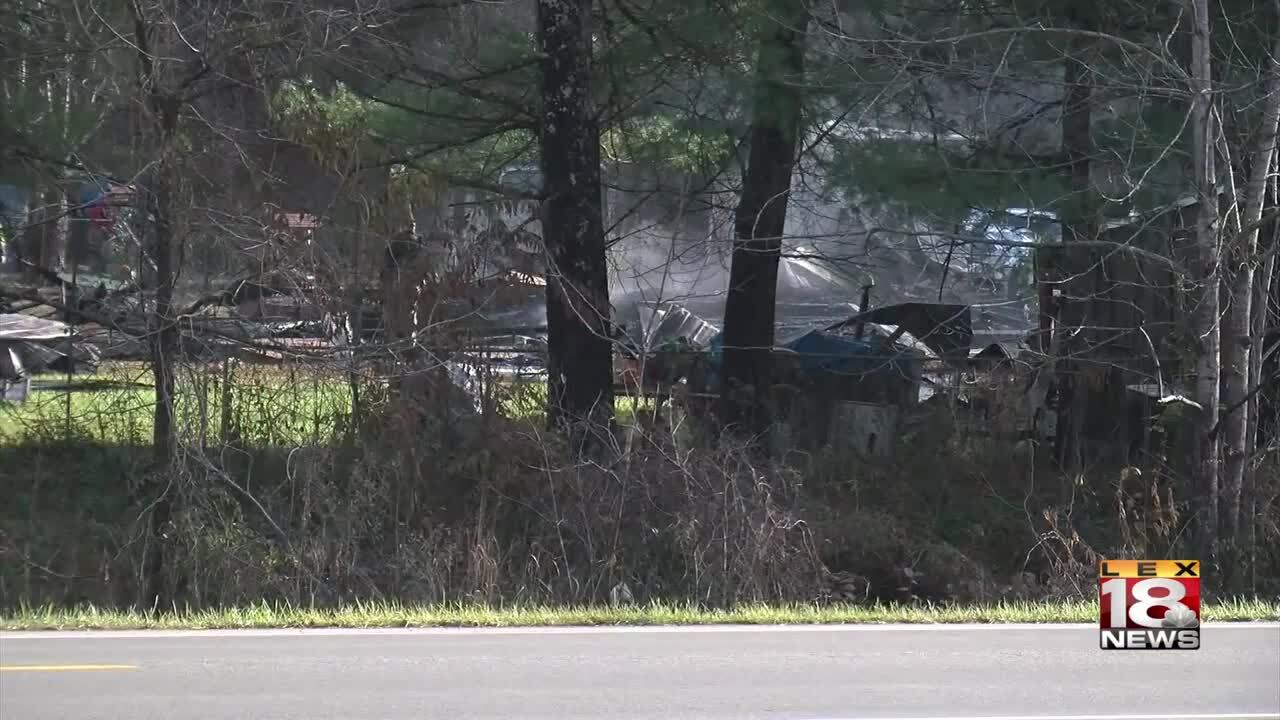 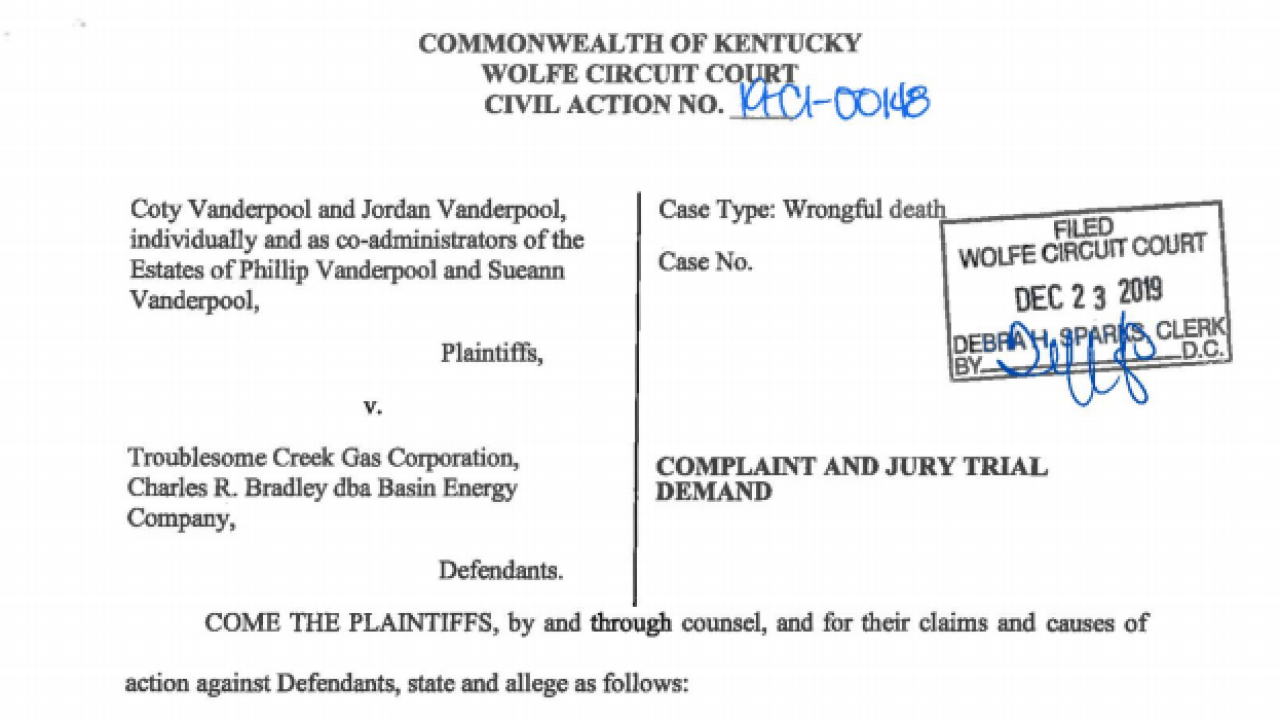 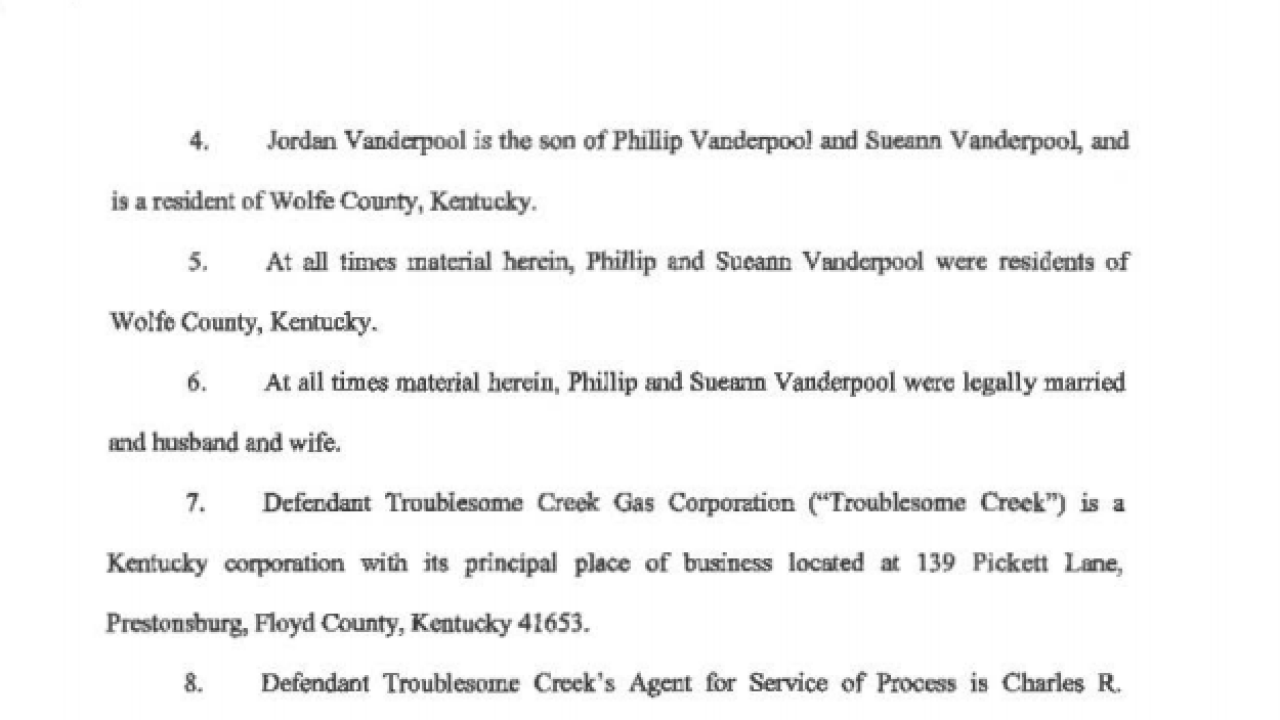 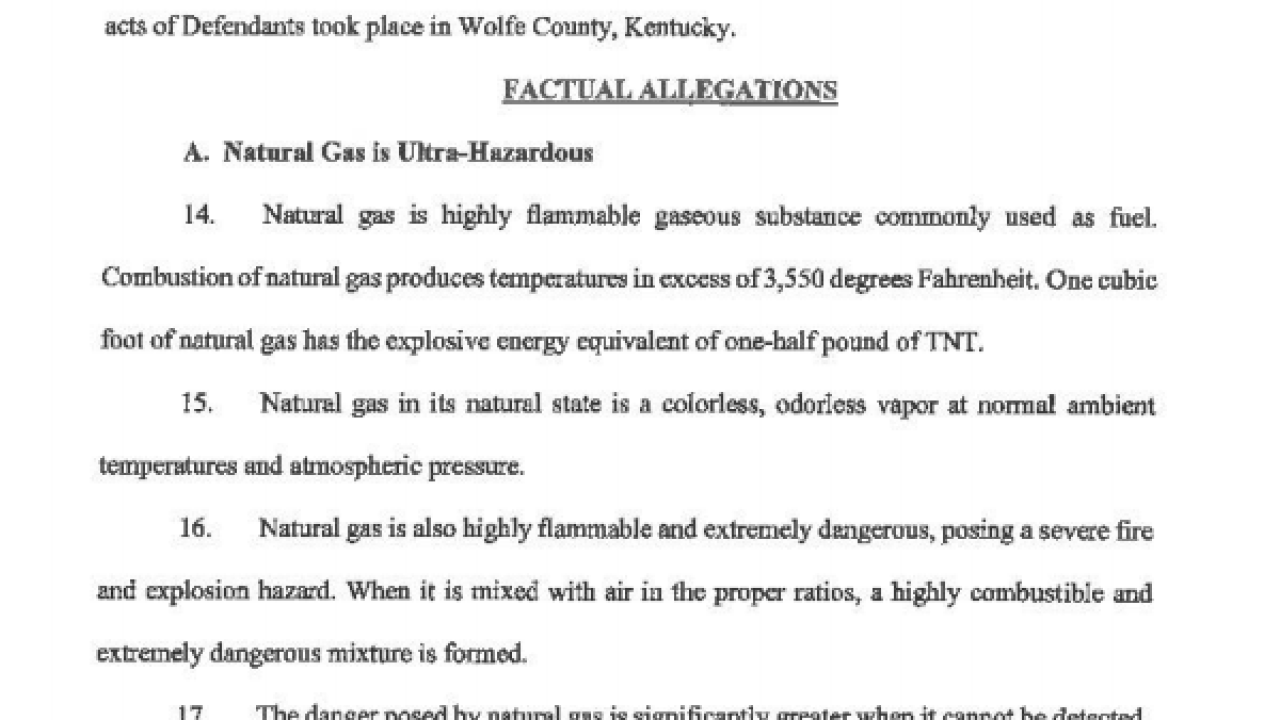 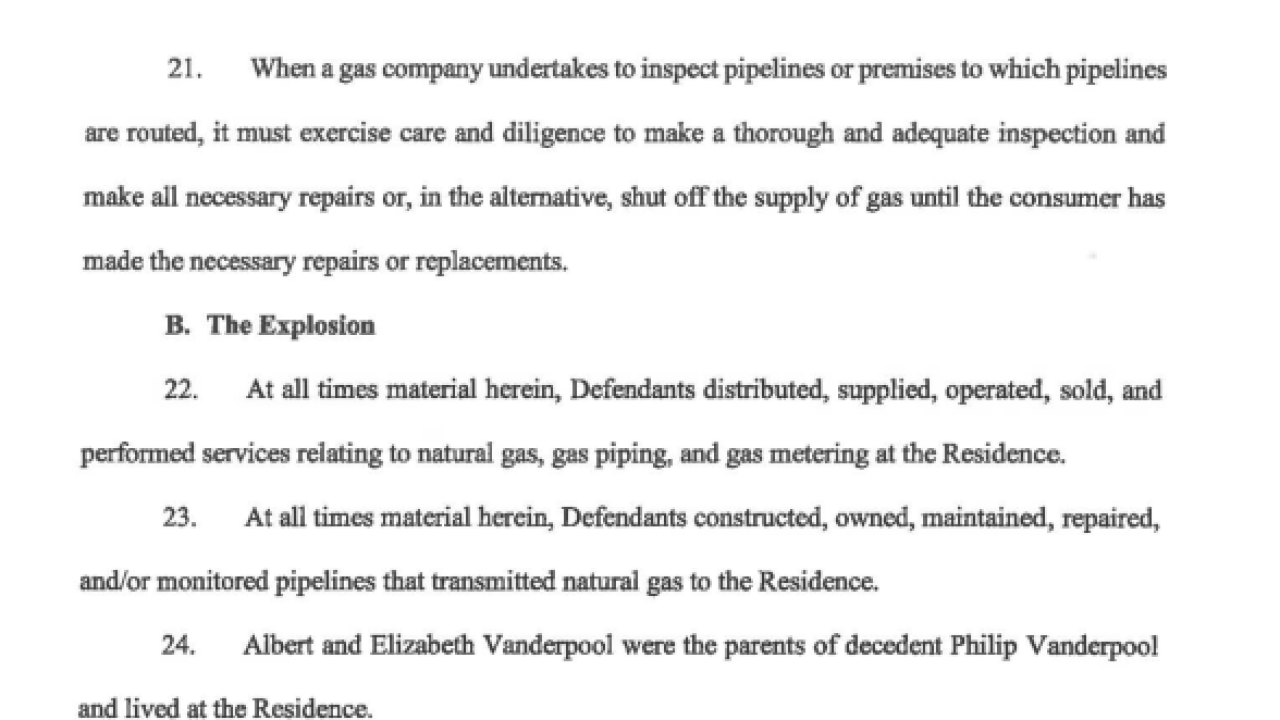 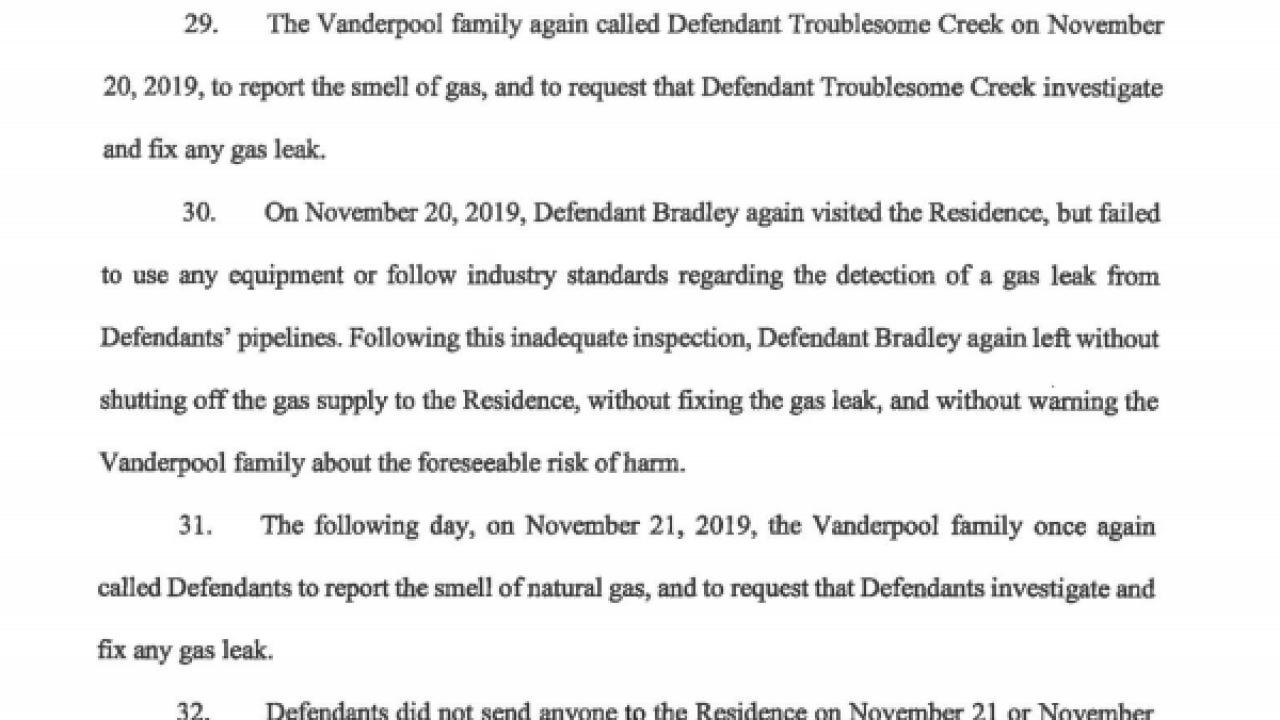 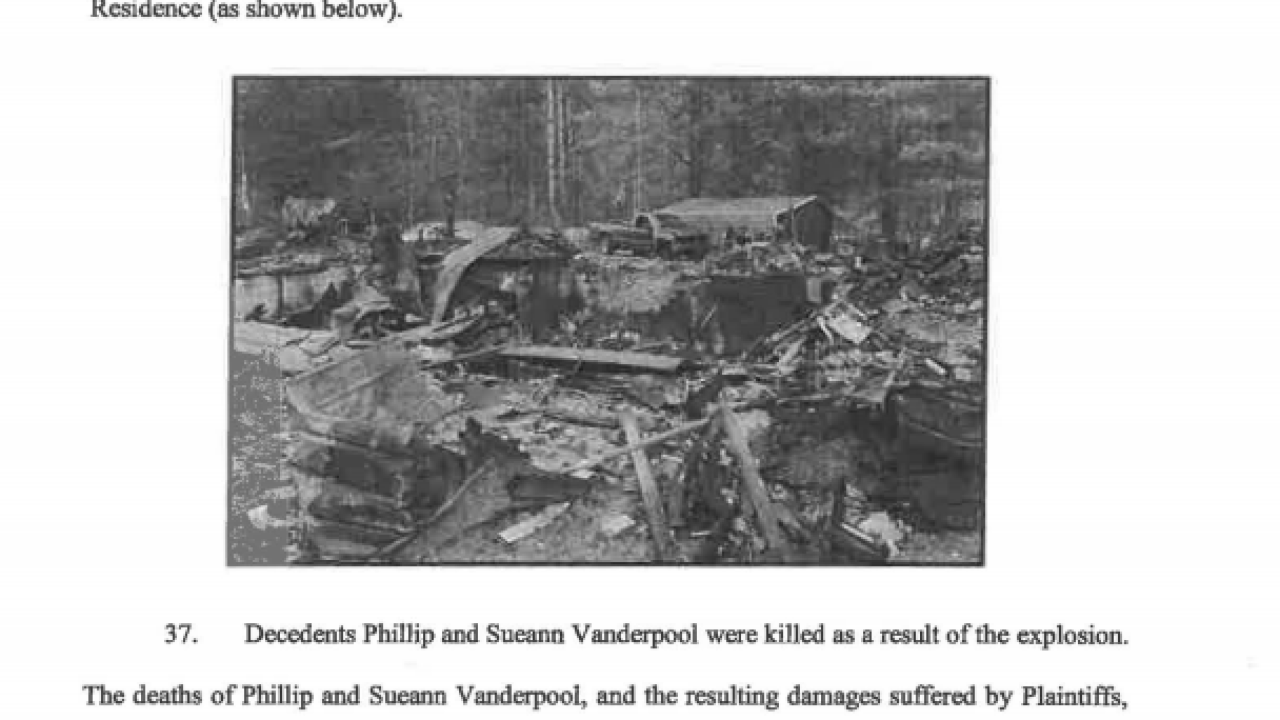 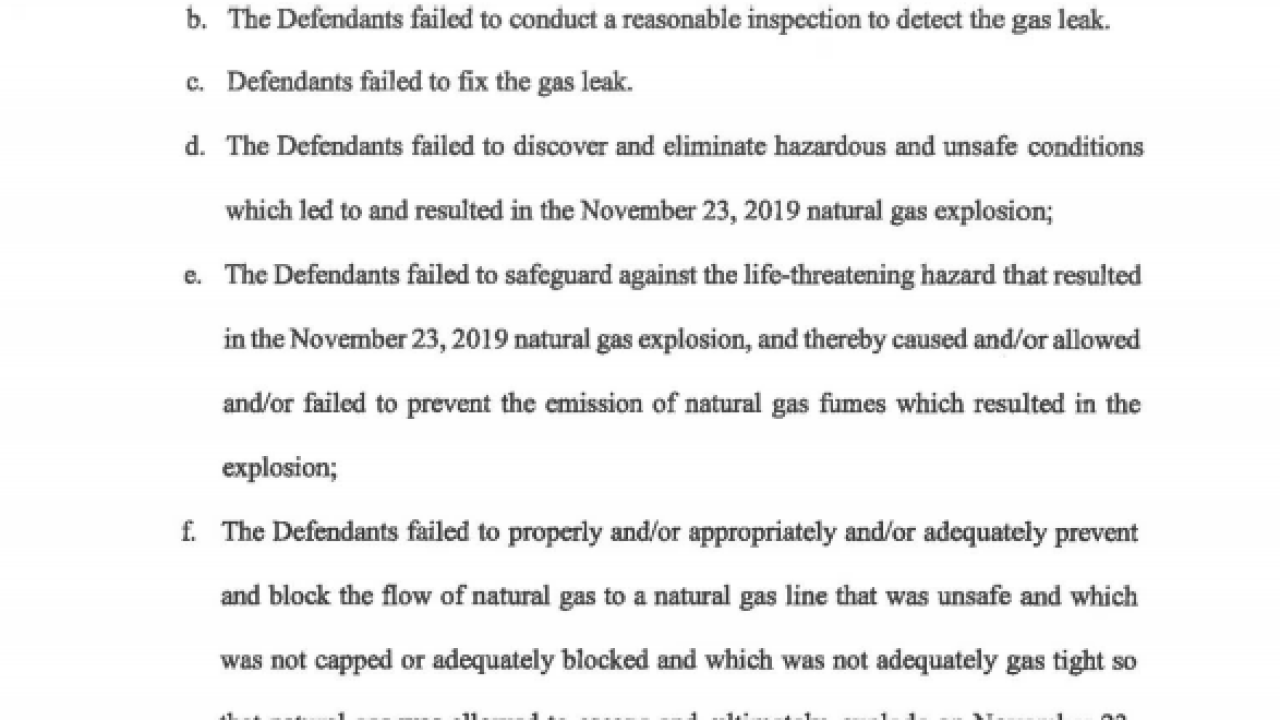 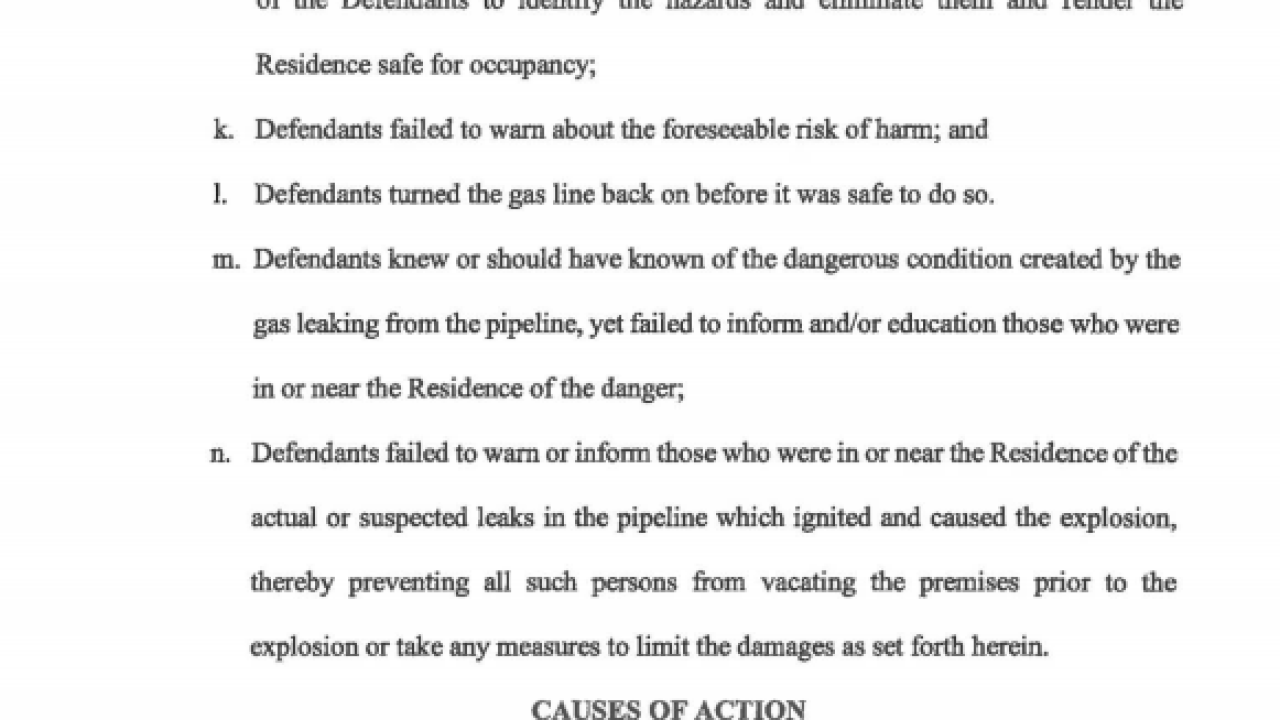 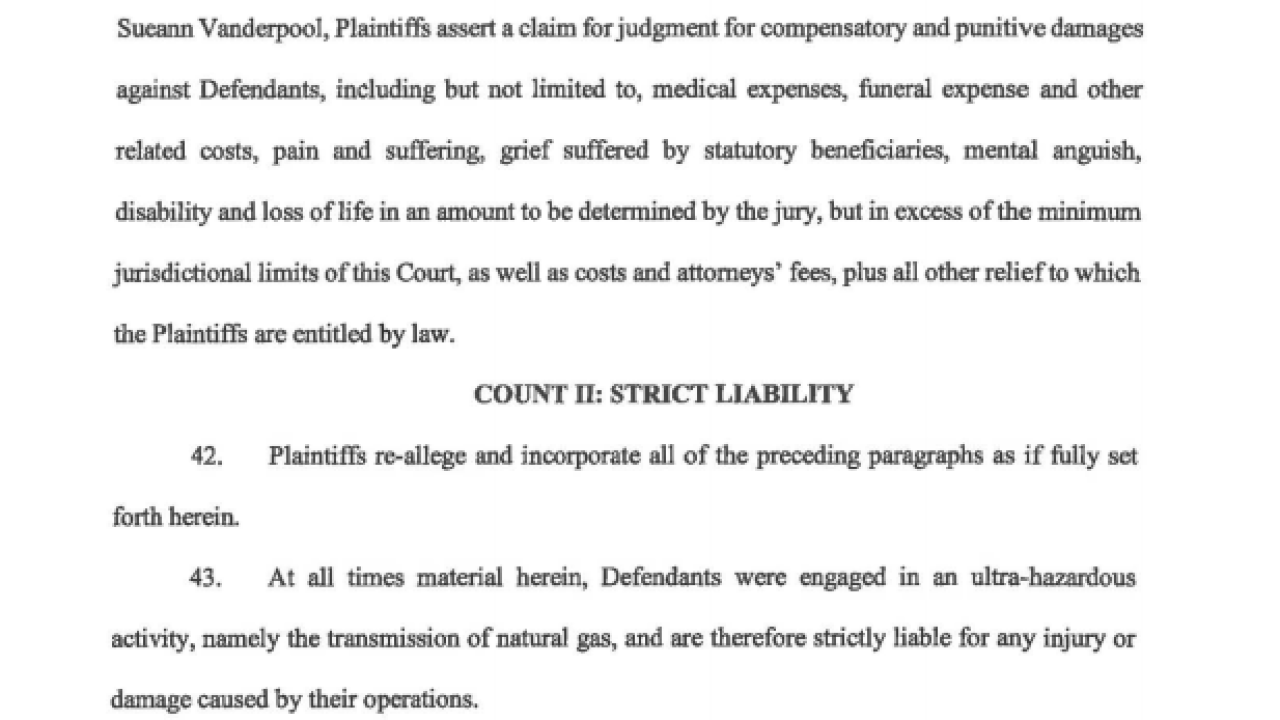 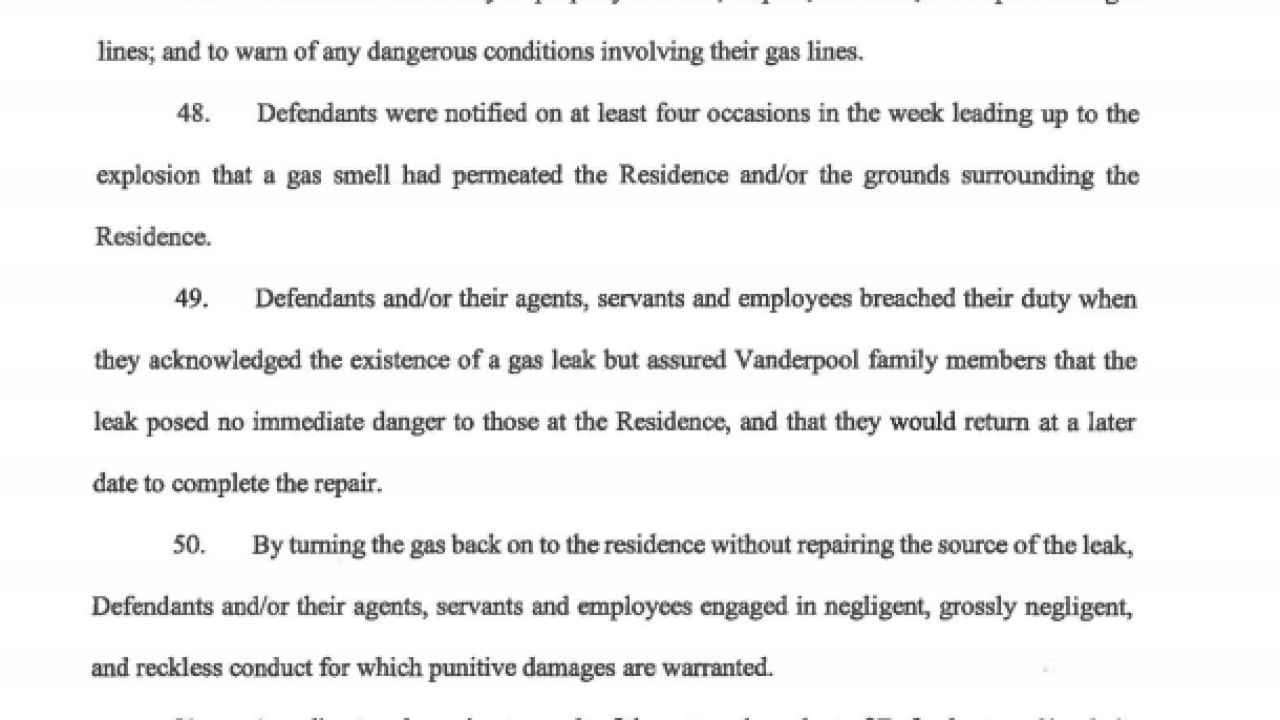 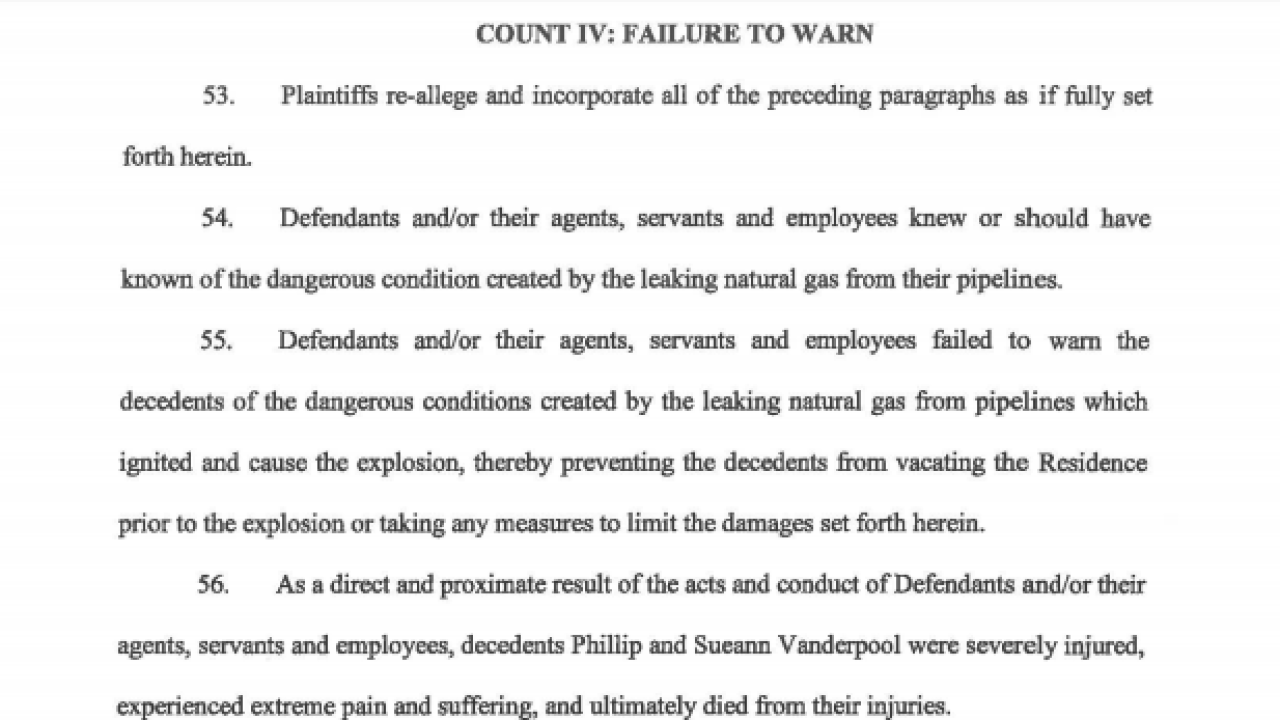 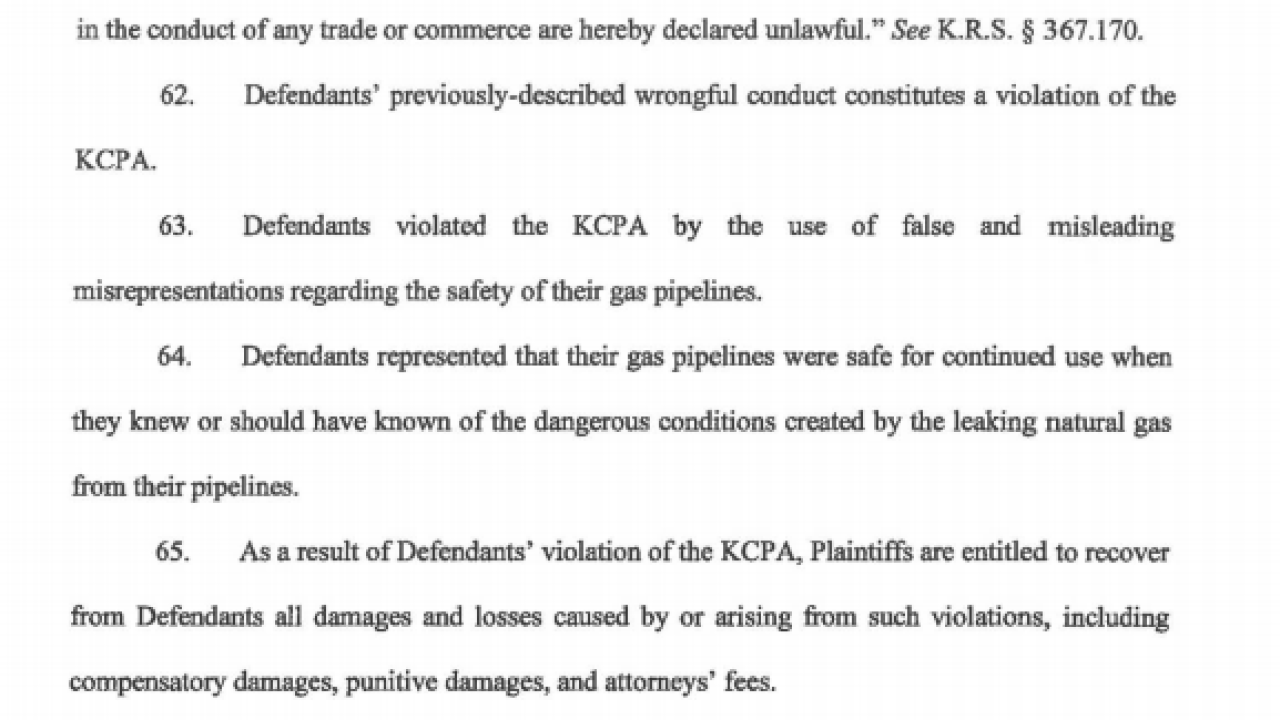 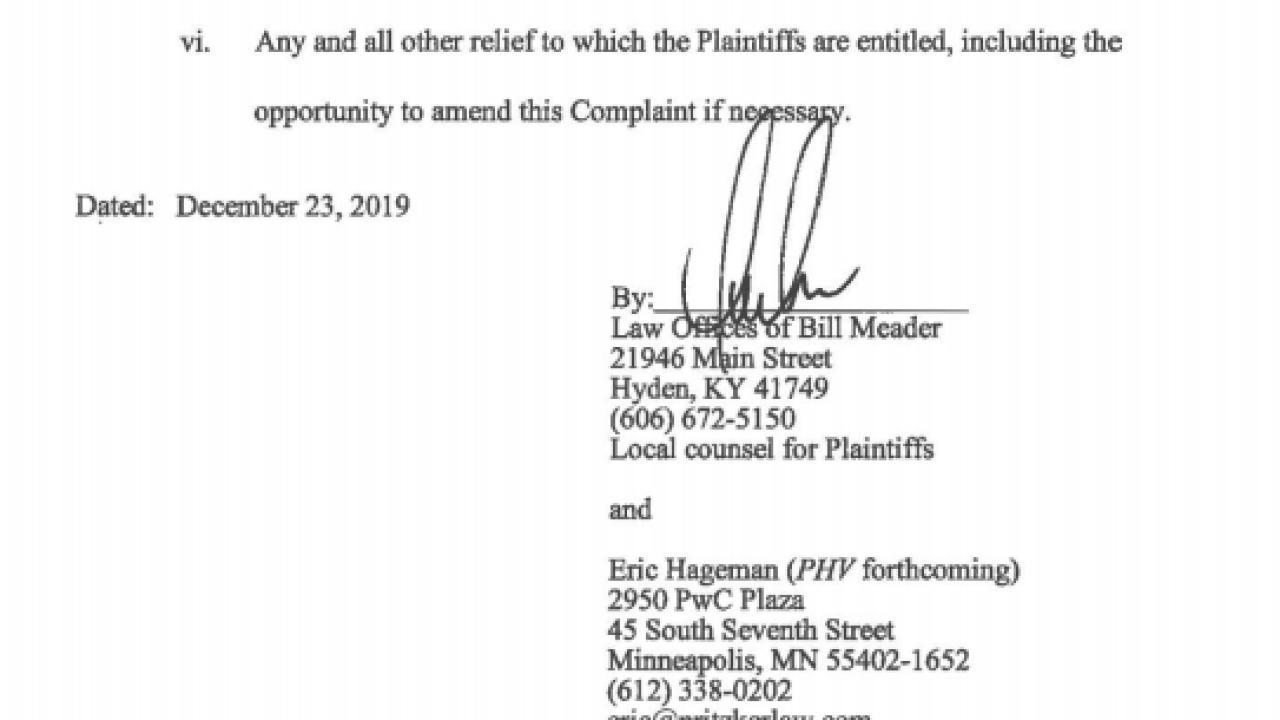 The explosion happened on the afternoon of Nov. 23, 2019 at a home owned by Albert Vanderpool.

The explosion killed Albert's son, Phillip, and his wife, Sueann, instantly. Albert died a few days later from his injuries.

Now, the couple's sons are suing Troublesome Creek Gas Corporation alleging that leaking gas ignited and exploded, which caused the wrongful deaths of the parents.

The family's pastor, Charles Glover, had questions when LEX 18 interviewed him soon after the explosion.

"It's sad," said Glover. "A serious tragedy that I think could've been avoided."

The lawsuit claims that family members called Troublesome Creek at least four times in the five days leading up to the blast.

The Vanderpools' attorney claimed that the technicians did essentially nothing, despite a strong smell of gas.

According to the complaint, the first call started on Nov. 19 with a request that Troublesome Creek investigate the leak. A technician came, but according to the lawsuit, he failed to perform an adequate inspection, in part because he failed to conduct any gas readings then left without shutting off the gas.

The next day, Nov. 20, the family called again and reported a smell of gas. It has been alleged that the same technician came to the home without fixing the gas leak.

The following two days, Nov. 21 and 22, the Vanderpools called the gas company again, but the lawsuit said the company did not send anyone to investigate the gas leak.

On Nov. 22, the day before the fatal blast, the couple's son, Jordan Vanderpool, who is a trained gas pipeline technician, noticed the smell of gas and turned off the gas supply to the residence.

But, Monday never came for Phillip and Sueann Vanderpool.

The family's attorney has claimed that approximately 30 minutes after the technicians left, the home exploded and killed two Vanderpool family members and critically injured Albert , who died several days later.

In short, the lawsuit alleges that Troublesome Creek's own negligent actions caused the wrongful deaths of Phillip and Sueann. The suit also said it included excruciating pain and suffering.

The suit goes on to say that the pain, disfigurement and loss of dignity suffered by the deceased caused their family to suffer more than normal grief upon their deaths.

LEX 18 reached out to the Troublesome Creek Gas Company to get a response about the lawsuit filed against them and they responded with "we have no comment."

To read the full lawsuit, look below: