'Let them Play' movement rally in Frankfort, hopes of having high school sports this fall 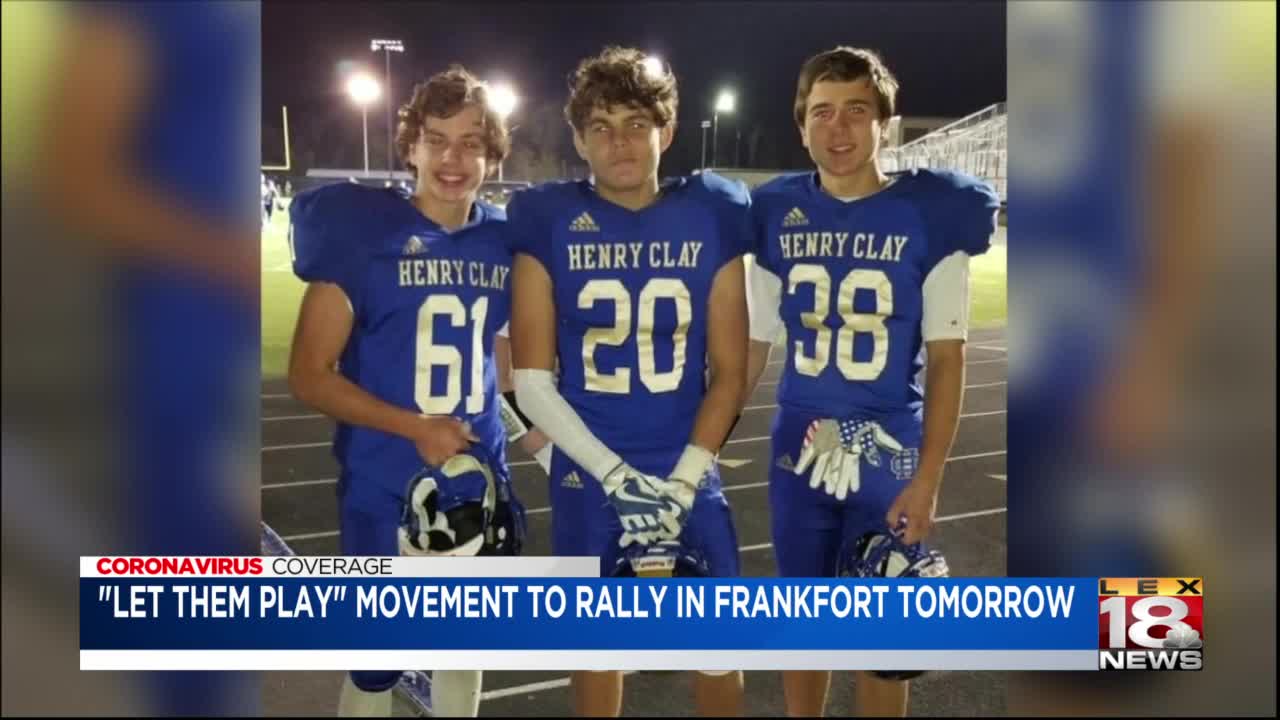 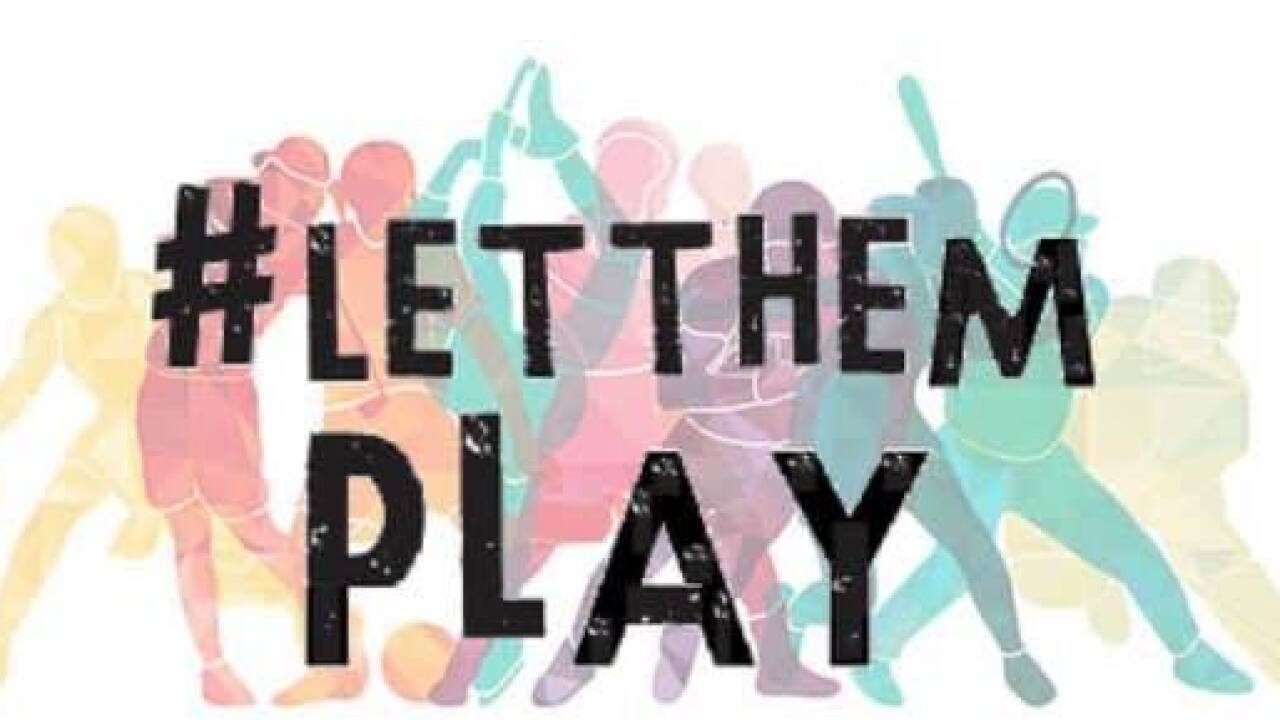 FRANKFORT, Ky. (LEX 18) — A Facebook group called "Let them Play" is planning to have a rally in Frankfort Monday at 10 a.m. after Jefferson and Fayette Co. Public Schools announced they'll have a special Board of Education meeting to decide if they should play high school sports this fall.

The Office of Gov. Andy Beshear released the following statement Sunday in response to the "Let them Play" movement and proposed rally:

“The Governor said he was going to take a breath, think about it and consult the Department for Public Health. Given the KHSAA recommendation hasn't even officially reached the Governor, we are not sure what would be protested.”

The "Let them Play" Facebook group now has over 21,500 members as of Sunday afternoon, where members are encouraged to share their own personal stories about why they think high school sports should continue this fall.

One of the Facebook administrators, Dawne Perkins, sent this message, in part, to the group around 1 p.m. Sunday:

YOU have been given no choice and Frankfort is calling YOUR name...

As rumors continue to fly about Governor Andy Beshear and the Kentucky Department of Education having plans to shut down fall sports on Monday, this group continues to grow in numbers and cries of desperation to simply, “Let them Play!” Right now, and more than ever, YOUR child needs community, normalcy, and hope.

Therefore, our next move is UNITE in Frankfort beginning at 10:00 AM tomorrow, August and come together as ONE....

Dr. Martin Luther King, Jr said it best, “There is POWER in numbers and POWER in unity!”

Our goal for tomorrow is to have 10,000 plus to represent the 80,000 plus KHSAA student-athletes and every other athlete in the state of Kentucky. We need individuals, families, teams, and communities to MASK up and be a VOICE of REASON! Our numbers will tell YOUR story.

Rising Henry Clay High School senior Jackson Henderson is itching to get back on the football field.

The Kentucky High School Athletic Association’s vote on Thursday to allow fall sports to resume Aug. 24 was a welcome decision for the Henderson family, who is relying on sports to help Jackson pay for college after high school graduation.

The KHSAA must submit an official proposal to Governor Andy Beshear’s office no later than Wednesday. At that point, the decision is in the governor’s hands.

A Facebook group called ‘Let Them Play in Kentucky’ emerged Friday in support of the resumption of high school sports. By Sunday, the group had surpassed 26,000 members.

“I don’t want to see some poor decision-making change thousands of kids’ futures,” said Bryan Henderson, who is a member of the group. “There is a risk to all of this but you have to weigh out what is the risk and reward? For these kids, there will be a lot of educational opportunities that will be missed or given to a kid from another county or another surrounding state.”

Both Bryan and Jackson Henderson said they believe sports can be done safely. Jackson said he’d even willing to take added precautions if it means he’ll still have a chance at a scholarship.

“I would wear a mask for me to play football this season. I would do anything I could. I don’t care if there are fans. I would sacrifice a lot just to get myself out there this year,” Jackson said.

Meanwhile, Suzy Wampler said she would support the postponement of the start of fall sports if the state goes in that direction.

“We all want things to be normal but I also don’t want my child to get sick,” she said.

Wampler’s 17-year-old daughter is a trumpet player in her high school’s marching band. While band competitions have been canceled across the state, Wampler said she’s concerned about what a full-scale return to sports could mean for students who perform during athletic meetings, like marching band and color guard.

“If she can’t go to school in person, are extracurriculars going to be safer than being at school? Nobody can say that they will be,” said Wampler.

Wampler said she understands for many high school athletes, sports can help them reach the next step in their education, but she said the reality of the pandemic is that COVID-19 has proven to be deadly.

“I wish we weren’t where we are. I wish we weren’t in a pandemic. I wish that things were better than what they are but the situation is what it is and I just want the kids to be safe,” she said.