PGA event in Kentucky could be played in July 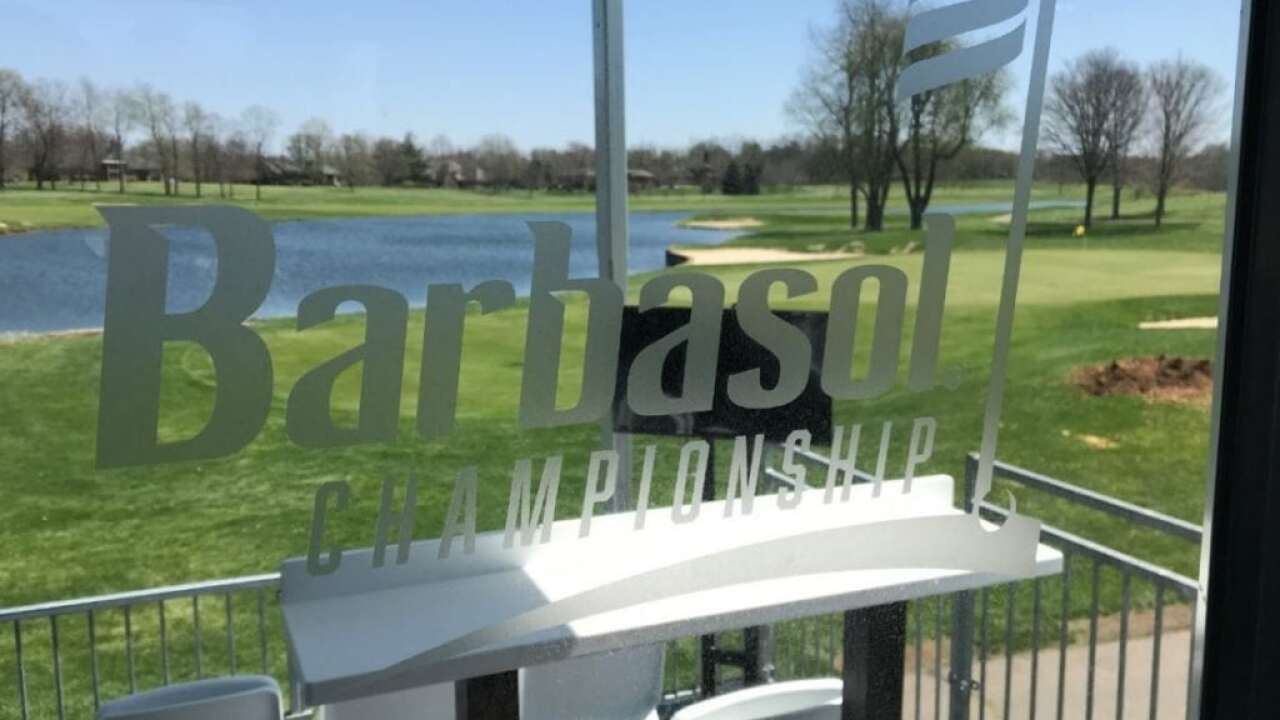 LEXINGTON, Ky. — The Barbasol Championship is still awaiting word from the PGA Tour about whether or not the event will take place this year because of COVID-19.

The PGA announced today that three of the four major tournaments have moved dates while the British Open has been cancelled. That was the major tournament that was played on the same date as the Barbasol Championship. So, it could mean a stacked field for the event played at Champions at Keene Trace in Nicholasville.

The Barbasol Championship officials continue to be in contact with the PGA Tour hoping to finalize plans to go on with the tournament which is scheduled for July 13-19. Aside from a cancellation, the Barbasol could also be moved to June or September. There is a hope there could be a final decision made this week.

Here are some of the major moves made by the PGA Tour:

The R&A: The R&A has decided to cancel The Open in 2020 due to the current Covid-19 pandemic, and the Championship will next be played at Royal St. George’s in 2021. The Open was due to be played in Kent, England, from July 12-19, but it has been necessary to cancel the Championship based on guidance from the UK Government, the health authorities, public services and The R&A’s advisers.

PGA of America: The PGA of America is announcing today that the PGA Championship is now scheduled to take place August 3-9 and will remain at TPC Harding Park in San Francisco, California. The PGA Championship was originally slated for May 11-17 but was postponed on March 17.
Furthermore, the PGA reconfirmed the Ryder Cup remains as originally scheduled, September 22-27, at Whistling Straits in Kohler, Wisconsin.

Augusta National Golf Club: Augusta National has identified November 9-15 as the intended dates to host the 2020 Masters Tournament, which was previously scheduled for April 6-12 and postponed on March 13.

PGA TOUR: While collaborating with the PGA of America to find a viable date for the PGA Championship in August, the PGA TOUR worked with its host organizations and title sponsors to move the Regular Season finale – the Wyndham Championship – and all three FedExCup Playoffs events one week later, starting the week of August 10 and concluding with a Monday, September 7, Labor Day finish for the TOUR Championship. The TOUR will seek to reschedule tournaments into the weeks formerly occupied by the U.S. Open, The Open Championship and the Men’s Olympic golf competition in June and July. The TOUR will make further announcements about this potential, as well as its fall schedule, in the coming weeks.