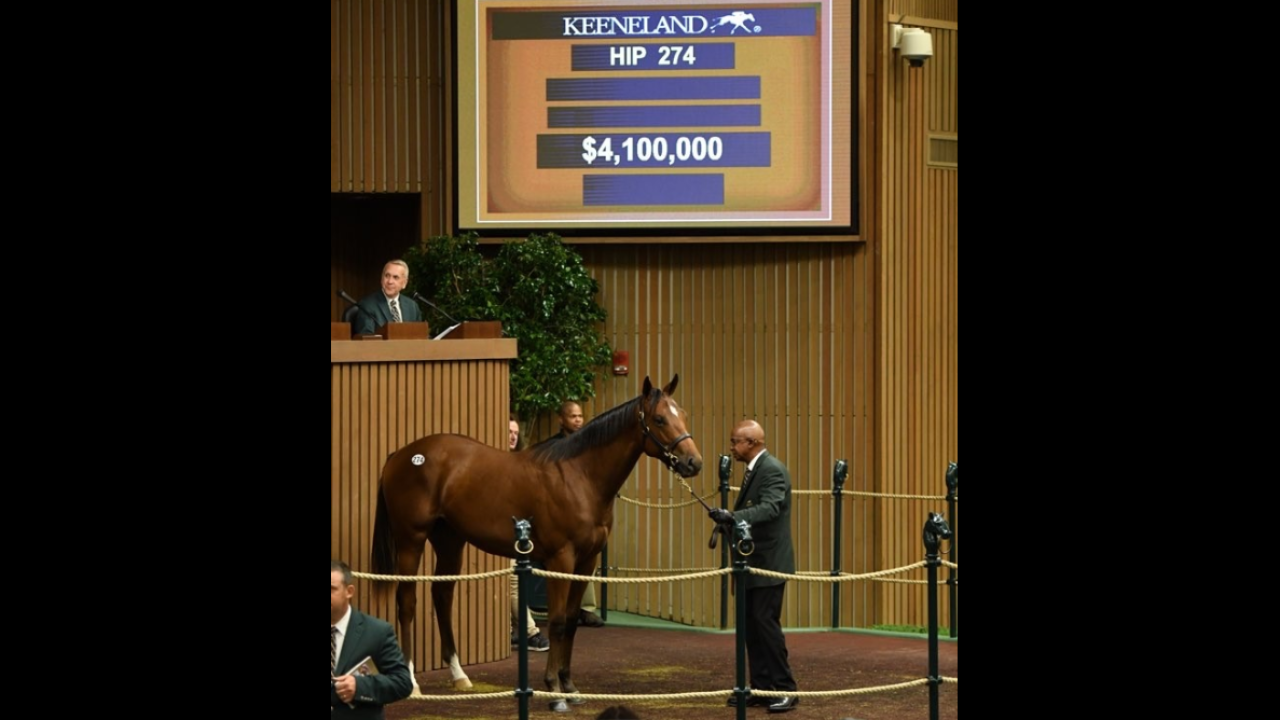 The biggest of the day was a Curlin colt he bought for $4.1 million out of Bounding, a New Zealand champion sprinter. That's the most expensive sale for a September yearling since 2010. Maktoum's Goldophin also bought a War Front colt out of Kentucky Oaks winner, Believe You Can, for $2.9 million.

In all, Maktoum and Godolphin have purchased six yearling's for $13,250,000 as he continues to try and win his first Kentucky Derby.

On Tuesday, five yearlings brought $1 million and more to increase the total number of seven-figure horses sold during the first two sessions to 12.