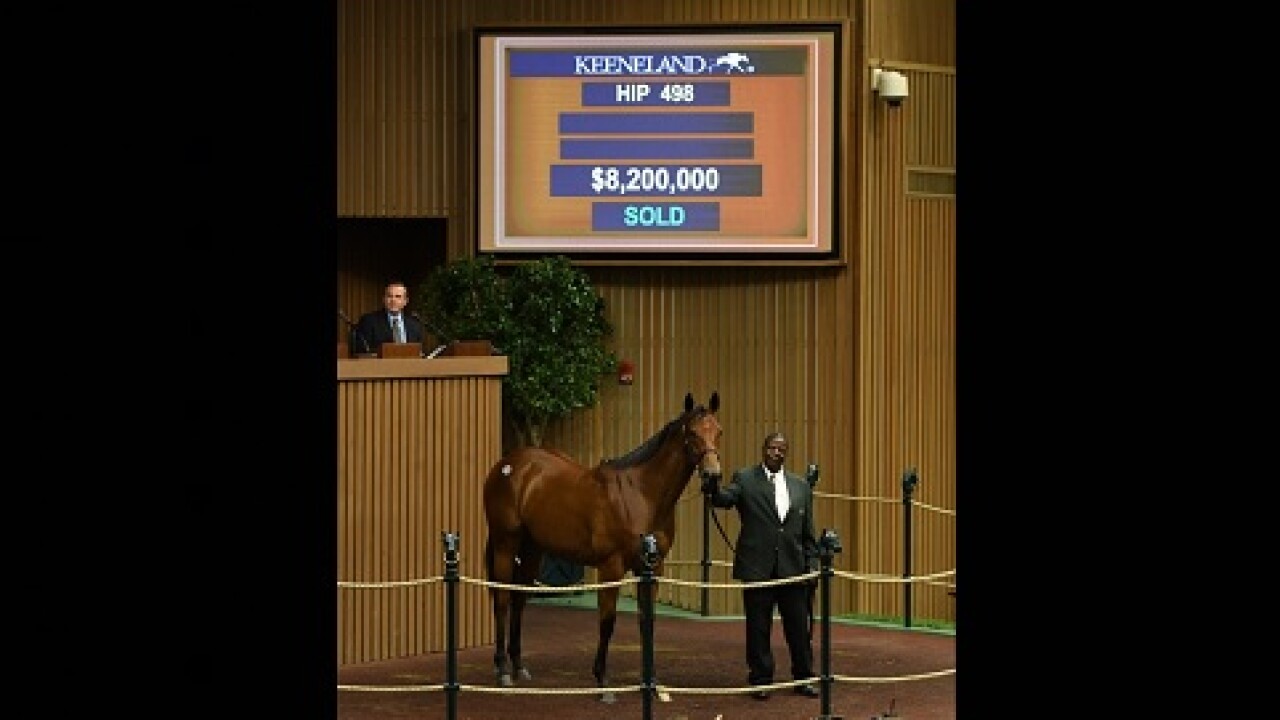 The highest priced filly ever sold at Keeneland's September Yearling Sale went for $8.2 million on Wednesday.

She was sired by 2015 Triple Crown winner American Pharoah and is a half sister to Beholder who won 18 times. The filly was purchased by Mandy Pope's, Whisper Hil Farm out of Virginia. It was the highest priced filly in September with the highest sale being Meydan City in 2006 for $11.7 million.

Eight yearlings brought seven-figure prices on Wednesday to drive gross sales for the session to more than $65 million and average price to more than $524,855.

There will be no sales taking place on Thursday but they will resume on Friday at 10 AM.