Art Collector out of the Kentucky Derby 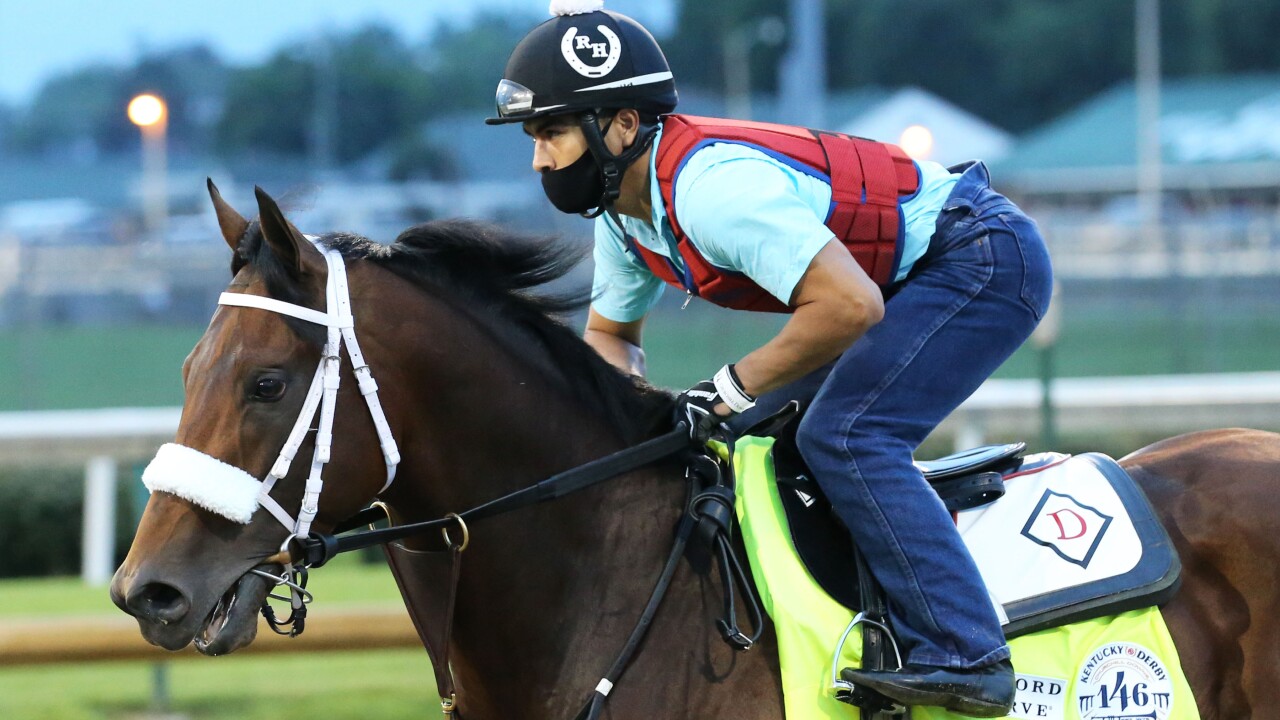 LOUISVILLE, Ky. — A likely favorite for the 146th Kentucky Derby is out of the race for what's being called a minor foot issue. Art Collector will sit out the second leg of this year's Triple Crown with hopes of coming back for the Preakness Stakes.

Art Collector's trainer, Tommy Drury, told Jennie Rees of the Kentucky HBPA his three year old nicked the bulb of his left front heel with a hind hoof while galloping Monday at Churchill Downs. Because of horse racing strict medication rules, the horse could not be treated with an anti-inflammatory this close to the race.

“He grabbed himself yesterday morning training,” Drury told Rees. “It was still very sensitive this morning. When I took my thumbs to palpate the bulbs of his heels, you could still tell it was pinching him. I had to make a choice. Your horse has to always come first. To run in a race of this caliber and trying to compete against the best 3-year-olds in this country, you’ve got to be 110 percent. To me, it wouldn’t have been fair to Art Collector, even though it’s slight, knowing that there’s an issue of any kind."

Drury added that they could have put a bar shoe on Art Collector and sent him out for the Kentucky Derby. But the trainer said, "He’s been too good to us, and we’re going to make sure he’s taken care of first.”