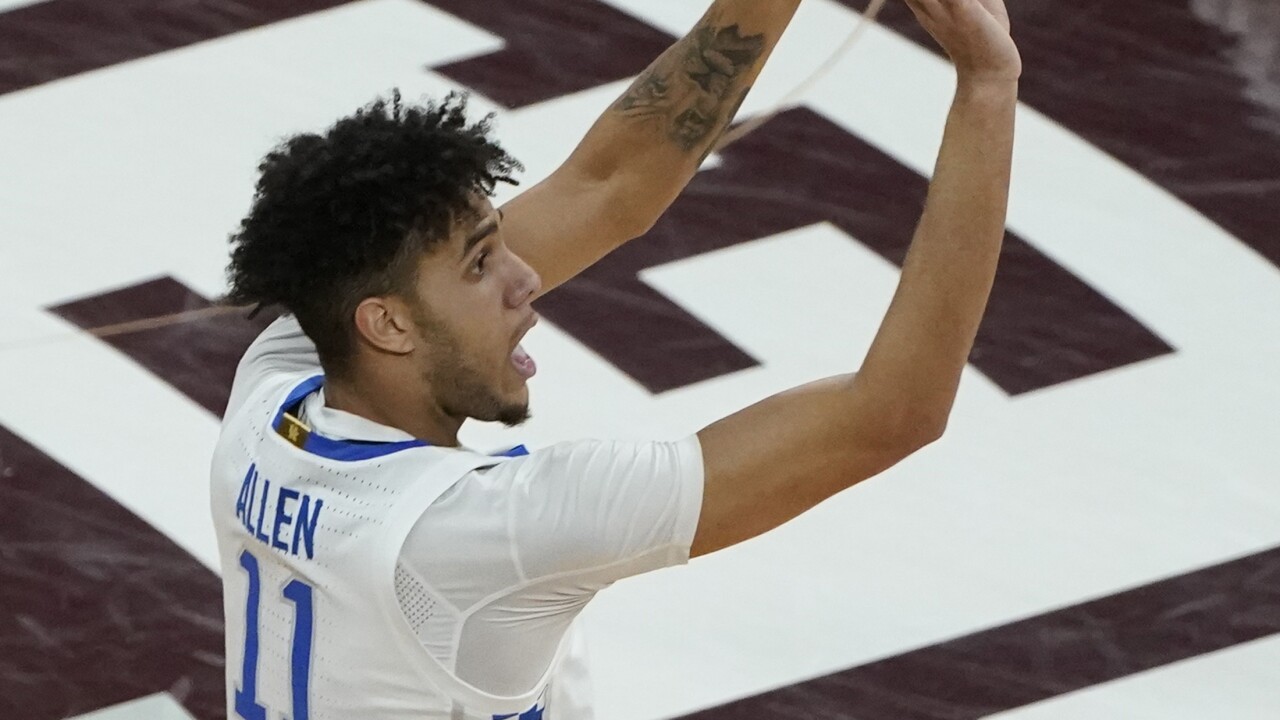 The former Pendleton Co. star, who had Big Blue Nation scratching their heads for not getting any playing time for head coach John Calipari, rose to the occasion scoring 23 points (7-11 3FG) and 5 rebounds. Prior to Saturday's game, Allen only had two made shots this season.

With less than 10 minutes to play and Kentucky trailing 55-46, Calipari was ejected from the game after back-to-back technical fouls for arguing a lackluster carry call by Mississippi St.

We've seen this before.

When Calipari was tossed from last year's game against Arkansas, he said that was a turning point in the season. Was this a similar situation Saturday?

Regulation went down to the wire, with Allen and Olivier Sarr missing the game-winning shots that could've won it before going into overtime.

Mississippi St. had a chance to end it in overtime, but couldn't get a shot off in time.

In double-overtime, Allen stood out most, scoring 5 straight points around the 3-minute mark including his 7th three-pointer of the game, eventually snapping Kentucky's 6-game losing streak.

Kentucky is now 1-0 in SEC play (2-6 overall) and will return to Rupp Arena January 5 against Vanderbilt. Tip-off is scheduled for 9 p.m.