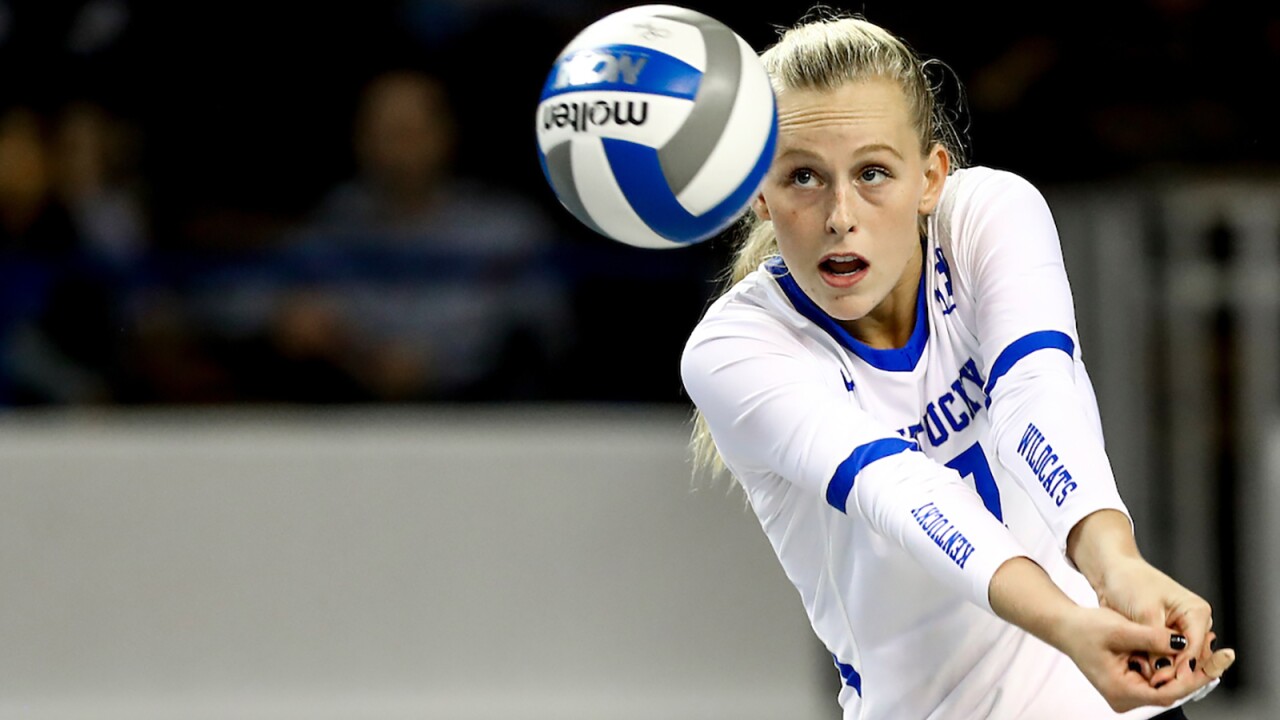 STARKVILLE, Miss. — Junior outside hitter Alli Stumler had 11 kills and freshman Riah Walker contributed 10 digs to lead the No. 2 Kentucky Volleyball team to cap a perfect 8-0 fall season with a sweep of Mississippi State 3-0 (25-17, 25-17, 25-16) Saturday afternoon in Starkville.

Kentucky closes the 2020 season as the only undefeated team in the Southeastern Conference, and will take at least a one-match lead into the spring season. More information on the spring season will be announced at a later date by the conference office, including dates, opponents, times and television assignments.

The Wildcats battled to maintain a steady lead by the midway point in all three sets, pulling away with a seven-point margin in the first two sets followed by an eight-point lead in the third to round out the match.

Freshman Riah Walker set a career high with 10 digs in the match. Lauren Tharp had six, and Gabby Curry had five.

Senior setter Madison Lilley had 31 assists in the match to go along with four digs and a trio of blocks.