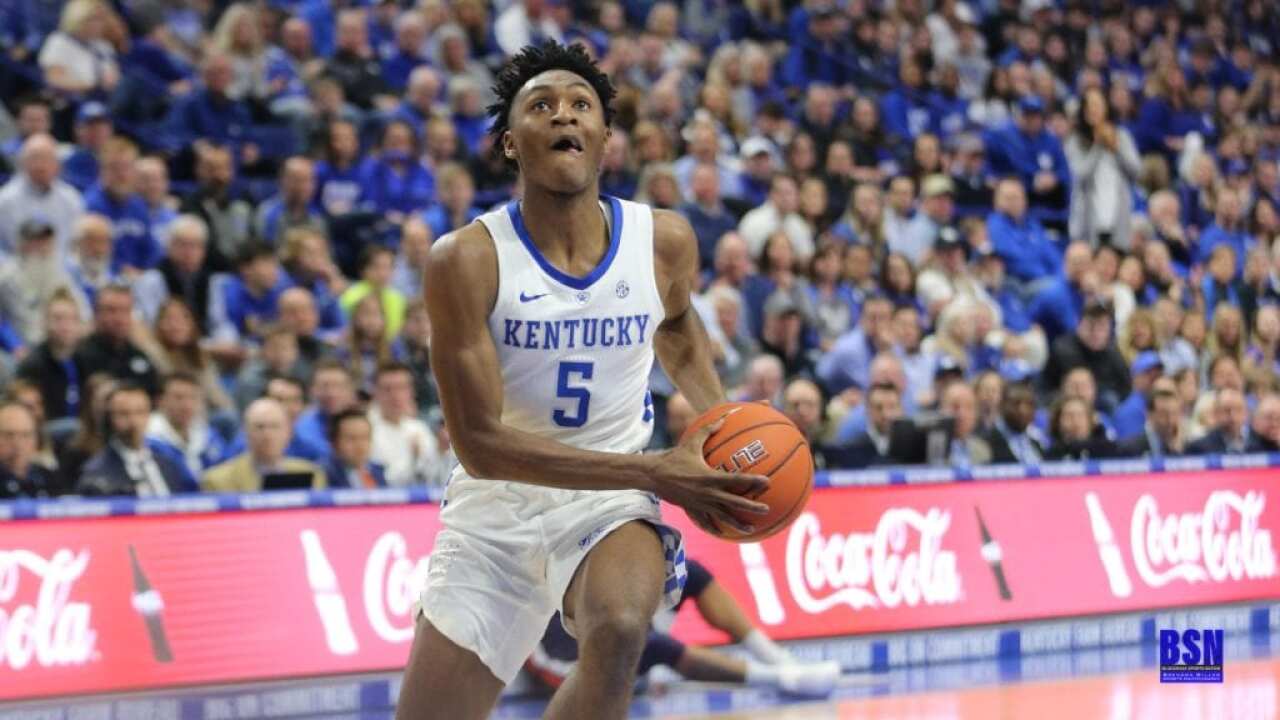 Former UK guard Immanuel Quickley will begin his NBA career in New York with the Knicks.

Quickley was drafted 25th overall in Wednesday's NBA Draft by the Oklahoma City Thunder, but was later traded to the Knicks.

IQ will reunite with former Kentucky Assistant Coach Kenny Payne, who took the job this offseason.

Quickley was the second Kentucky player taken in the draft, following Tyrese Maxey who was drafted 21st overall by the Philadelphia 76ers.