Both receive preseason honors from media and coaches 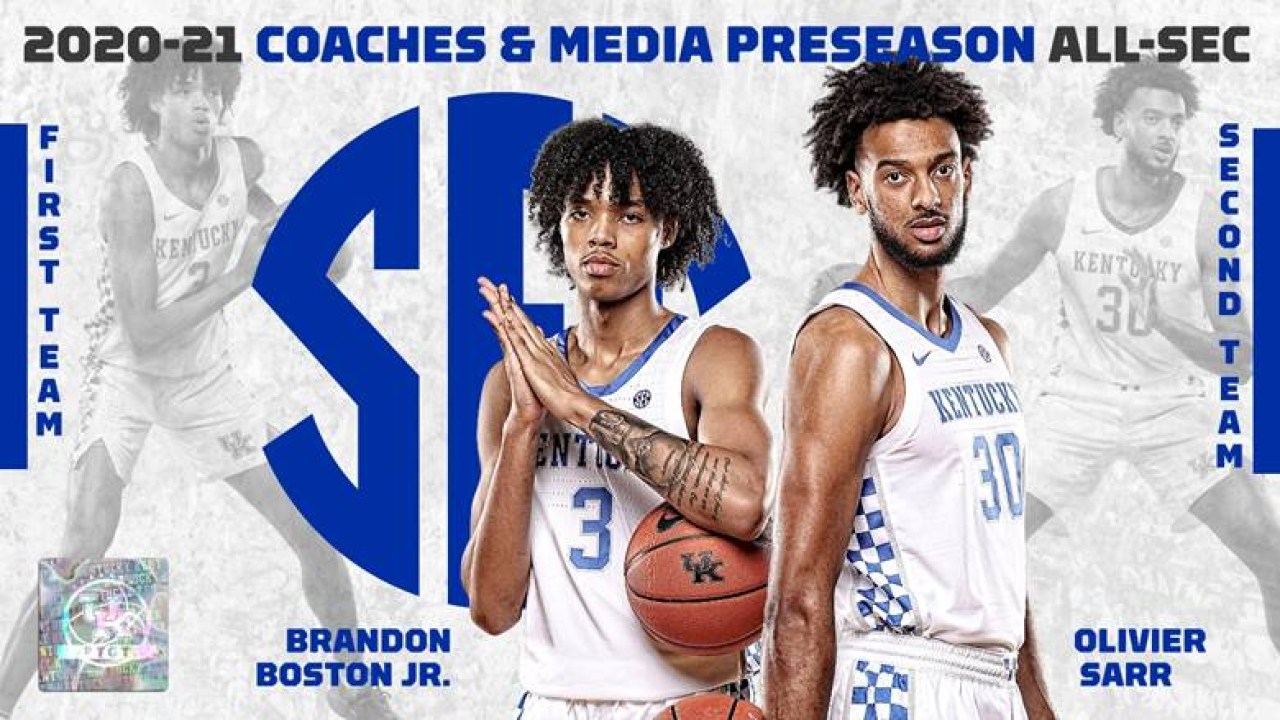 Boston is one of the eight players on the First team while Sarr was voted to the Second team. Boston is a consensus five-star prospect and Kentucky's top-ranked player in the 2020 class, he averaged 19.7 points and 7.0 rebounds per game at Sierra Canyon his senior season. Sarr transferred to UK in the off-season and was granted immediate eligibility. He totaled 664 points, 496 rebounds and 81 blocks with 31 starts in three seasons at Wake Forest.