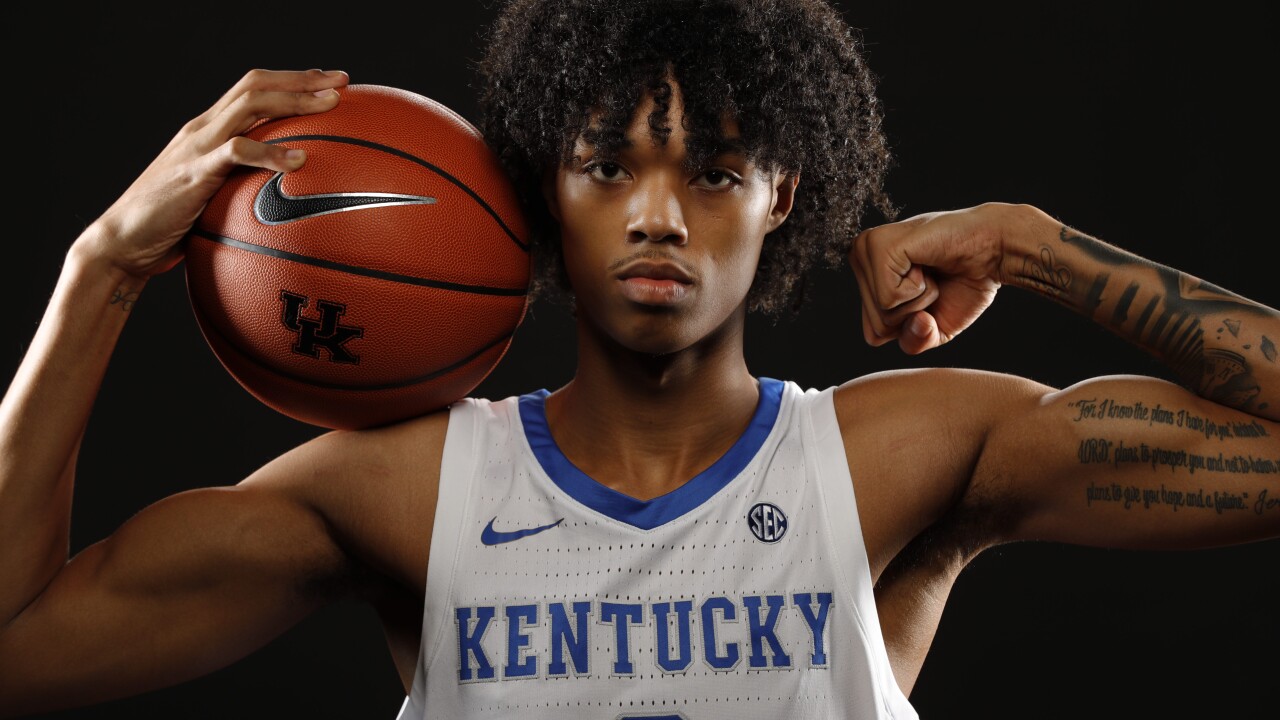 LEXINGTON, Ky. — University of Kentucky freshman Brandon Boston has picked up another preseason honor by being named to the National Association of Basketball Coaches' watch list. He's one of 20 players on the list.

The NABC Division I Player of the Year award will be announced at the 2021 Final Four.

Boston is one of three players from the Southeastern Conference. He's a consensus five-star who averaged 20 points and 7 rebounds per game for Sierra Canyon High School in his senior season.

Other notable preseason recognitions for Boston include: