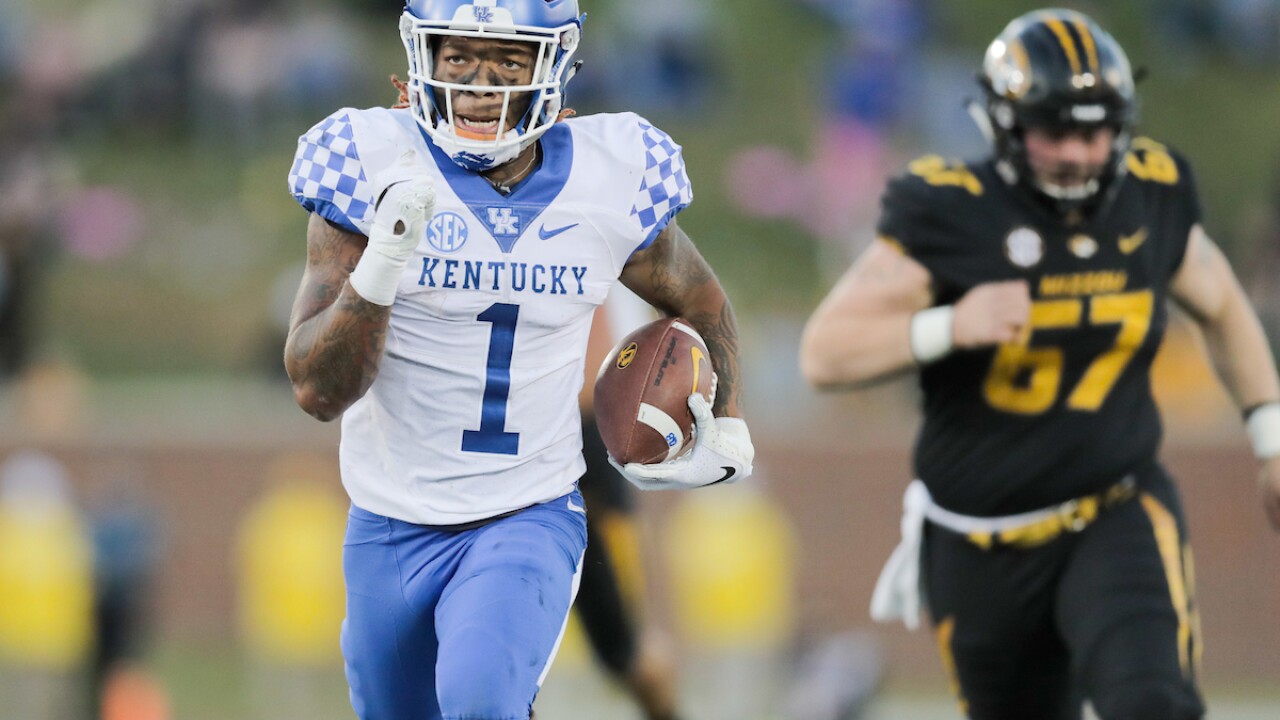 LEXINGTON, Ky. — Kentucky wide receiver turned quarterback, Lynn Bowden, has been voted on by media members across the state as the 2019 Herald Leader Sports Figure of the Year.

The junior from Youngstown Ohio beat out former Louisville quarterback, Lamar Jackson, who led the Baltimore Ravens to the playoffs after setting 17 NFL records at the QB position. Bowden received 91 first place votes to Jackson's 48 and had 294 more total votes to win the award.

After switching to quarterback at Kentucky, Bowden averaged a nation-high 7.94 yards per rushing attempt, breaking Stanley "Boom" Williams' record of 7.1 per attempt in 2015. He finished with 4,660 all-purpose yards in his career, fifth in UK history and had 1,530 career rushing yards as a Wildcat, moving into 21st place on the UK career rushing list. He also ranks 13th on UK's career receptions list with 114 and is 18th on the career receiving yards list with 1,303 yards. His 1,468 rushing yards marked the second-highest single-season total in school history behind Moe Williams’ 1,600 in 1995.

Bowden also helped lead the Wildcats to a 7-5 record earning an invitation to the Belk Bowl. There he rushed for 233 yards and two touchdowns and threw the game winning pass with 15 seconds remaining to beat Virginia Tech, 37-30.

Bowden also won the Paul Hornung Award for the nation's most versatile player and was named a first-team All-American by the Associated Press, AFCA FBS Coaches’, Sports Illustrated, ESPN.com, Sporting News, The Athletic, USA Today, Phil Steele and Athlon Sports. He also was a first-team All-SEC selection by the AP, Coaches, Phil Steele and Athlon Sports.

The Top 10 of the Kentucky Sports Figure of the Year are below: