Calipari excited about the possibilities for his Wildcats 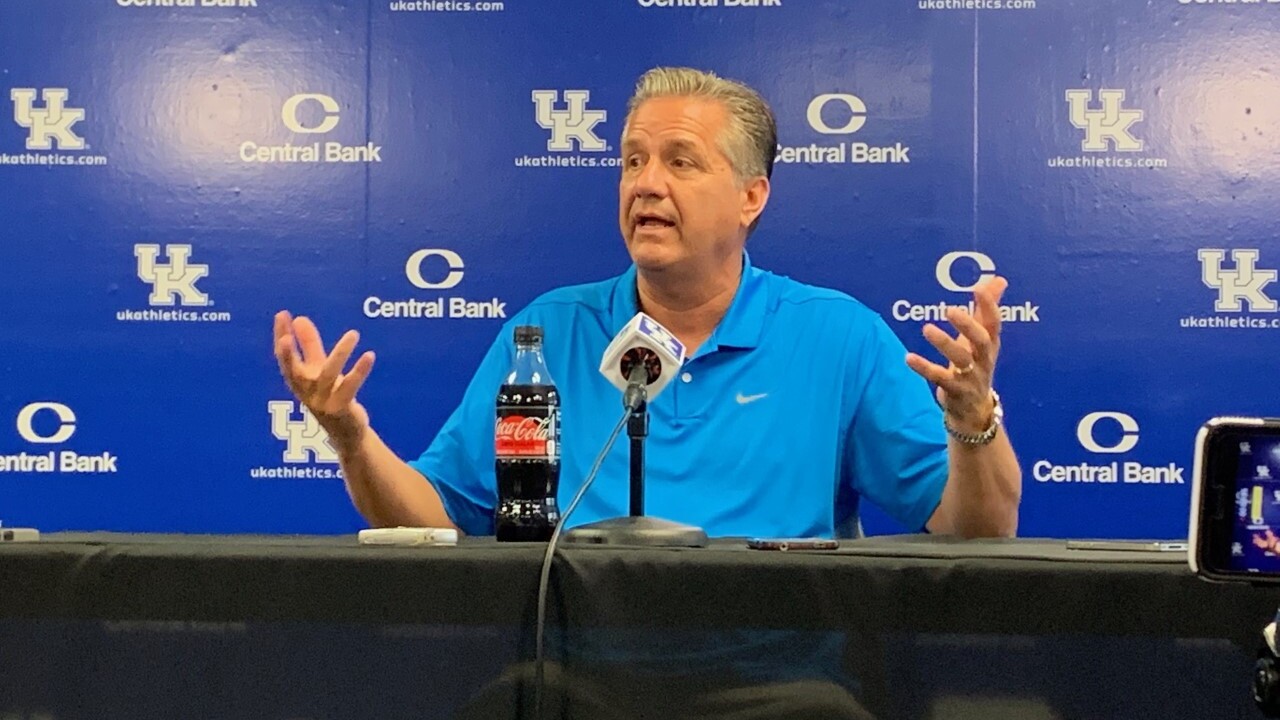 LEXINGTON, Ky. — The Kentucky basketball team held its annual Media Day. It gave head coach, John Caliarpi, the chance to talk about his team heading into the season.

The Wildcats are made up of four returning players, a number two ranked recruiting class, graduate transfer Nate Sestina and two walk-on's. That has the possiblility of a team that could mesh and make a run at the school's ninth National Championship. However, Coach Calipari is concerned with one big question. "Are we going to be physical enough? Because our defense on the ball is going to be unbelieveable. I think we're long enough at other positions if you try to beat us to the rim we're long, we can block shots," said the UK Coach. "That's the sign of a really good defensive team. Now, if you get roughed up, can you still play?"

A big key to this team is the point guard play. That's been a staple of UK teams under Coach Calipari but in a rare case, he has three guys who can really play the position. They could even get on the court together. "I've done that before with Jamal (Murray), Isaiah (Briscoe) and Tyler (Ulis). We've played three point guards," said Coach Cal. "There's things you give up but there's things you gain. But when you have more than one, something happens. Whether it's foul trouble, injuries something else, yoiu have room because you have more than one. So, Tyrese (Maxey) and Ashton (Hagans) are going right at each other. It's great to see."

Coach Calipari has now led Kentucky for 10 seasons. During that time, he's won that one National Championship in 2012. There are some True Blue Fans who believe there should have been more. Coach Calipari likes to remind them of his track record. "That's the first I've heard anybody was mad we haven't done enough," he said looking at UK Basketball Information Director, Eric Lindsey. "Wait a minute. In 10 years did we win the most games?" Lindsey nodded. Calipari went on, "The most Final Fours? Really? Elite Eight's too? How about SEC Titles?" Lindsey said, "five of them." Calipari wasn't finished. "What about the tournaments?" After Lindsey said six, Calipari just said, "Damn," as the room erupted in laughter.

The Wildcats will be a part of the annual Big Blue Madness on Friday, October 11 and the Blue White game is the following Friday on October 18th.