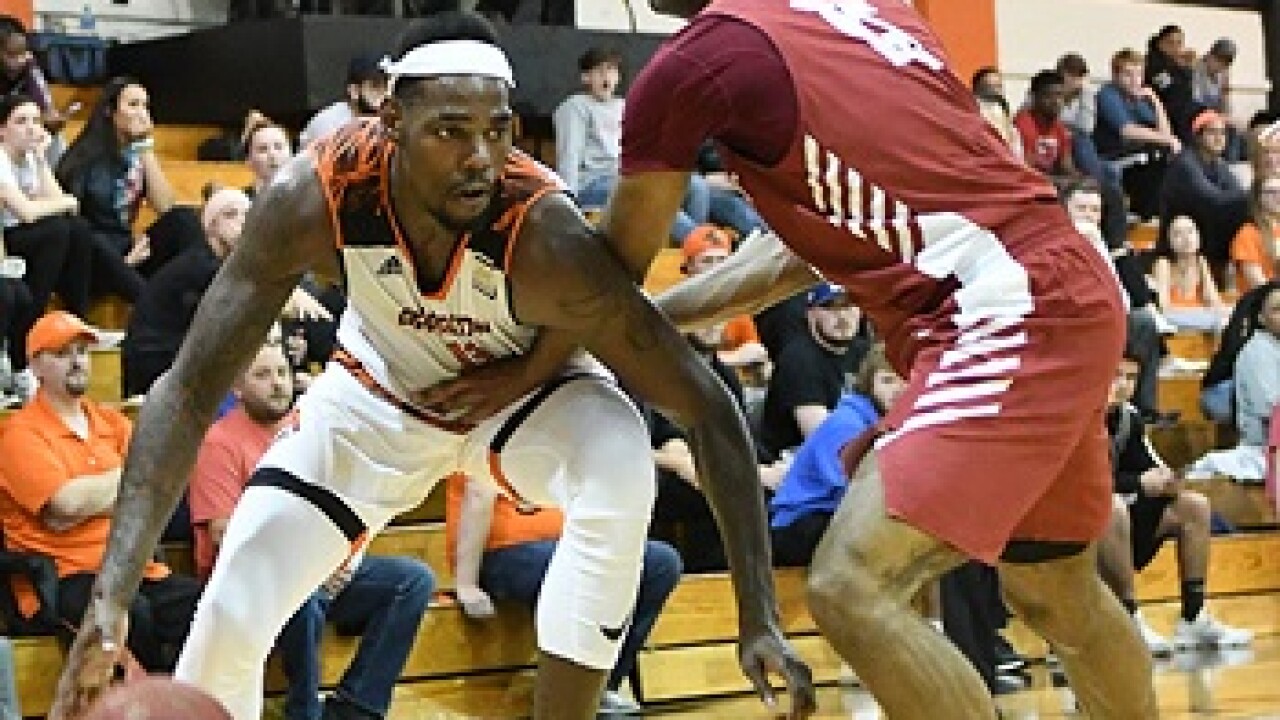 KANSAS CITY, Mo. — Georgetown forward Chris Coffey has been named the NAIA National Player of the Year. He's the third Tiger to earn that honor. Coffey joins Vic Moses and Deondre McWhorter as GC's NAIA top players (all under Briggs tenure), while Will Carlton earned Basketball Times NAIA Player of the Year honors in the 1998-99 season.

The Senior from Louisville (Seneca) finished the season ranked No. 1 in the nation in defensive rebounds per game at 9.3, tops in total rebounds with 12.7 per game and total rebounds with 407. He was also ranked No. 2 in the country by shooing 63.9% from the field. Coffey helped lead Georgetown to a 33-4 record during his junior season and the school's third national championship. The Tigers were 30-2 this season before the post-season was cancelled because of the Coronavirus.

Georgetown guard Eljay Cowherd was named a third-team All-American by NAIA. The Senior from Bardstown, Ky. finished his career with 1,344 points (33rd), 673 assists and 173 steals which ranks eighth all-time.

Tigers guard Jacob Conway also finished as an Honorable Mention All-American by NAIA. The Senior from Hustonville, Ky. (Lincoln Co. H.S.) graduates as a member of the 1,000 points club. The sharp-shooter finished with 1,121 points (tied at 44th). He also grabbed 455 rebounds, had 98 assists and 82 steals.