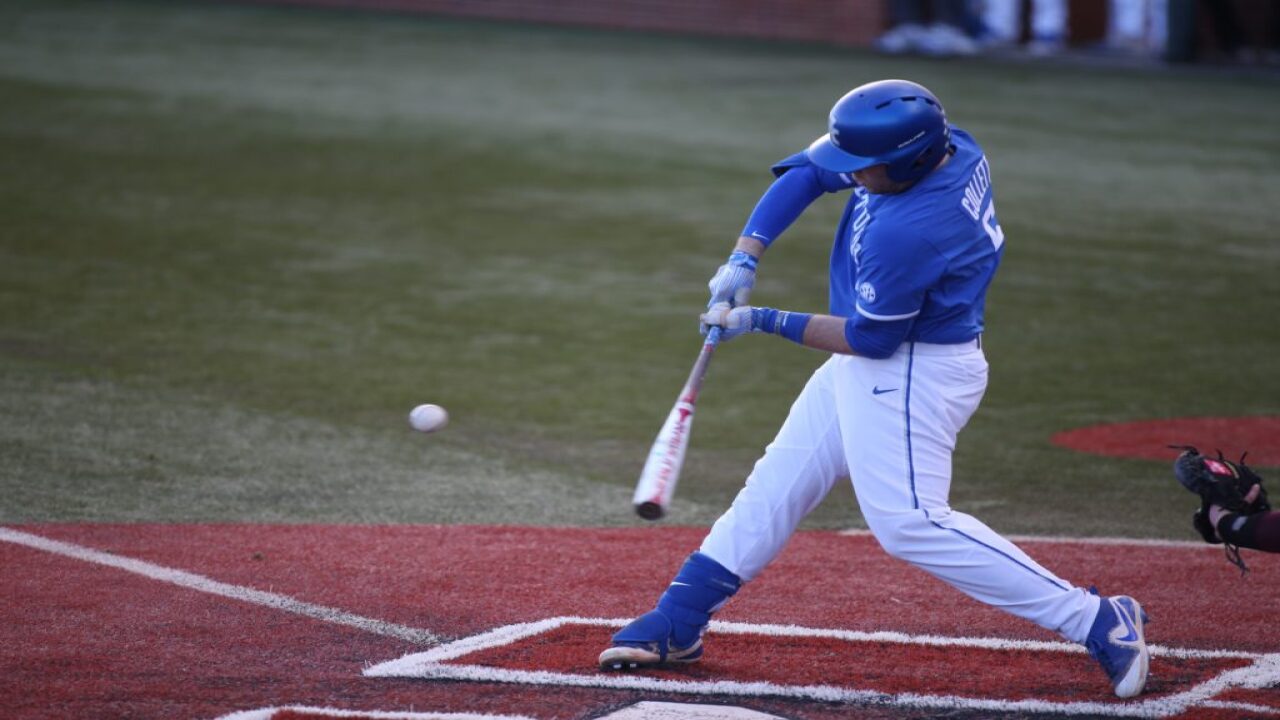 Collett spent the first three seasons at Kentucky primarily being used as the designated hitter. This year, the plan is to make him the everyday first baseman and that's where he earned the honors by the SEC. Despite suffering injuries the last two seasons, Collett has hit double-digit in home runs. He had 10 last season and drove in a team-high 40 runs for the Wildcats.

He comes into this season just 16 hits away from joining UK's 100-hit club and 40 percent of his career hits have gone for extra bases.

Collett and the Wildcats open the season on Friday, February 14 at TCU.