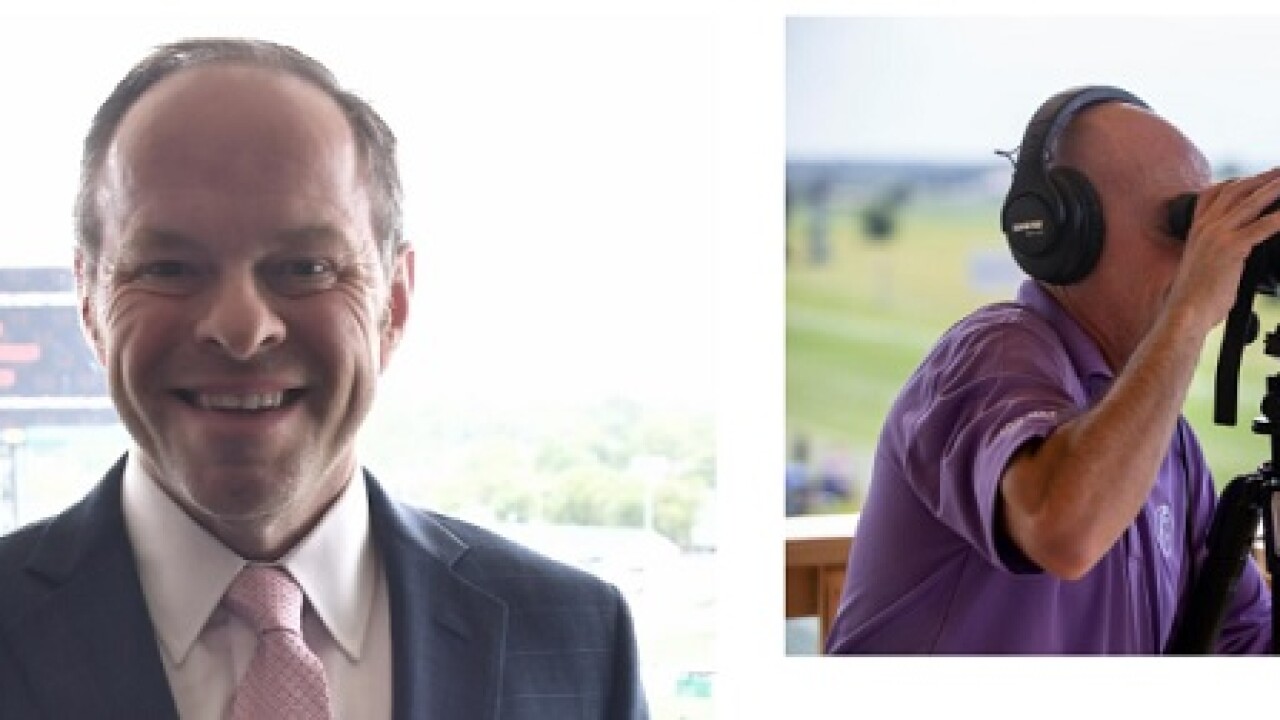 FRANKLIN, Ky. — When Kentucky Downs opens for a six-date, live race meet in September, it will include two well-known announcers. The track announced Michael Wrona and Larry Collmus, the voice of NBC's Triple Crown and Breeders' Cup, will each call races.

Ted Nicholson, Kentucky Downs’ senior vice president and general manager, said that Collmus and Wrona will split the races for the track’s opening Labor Day card on Sept. 7, with Wrona announcing on Sept. 9 and 10 and Collmus closing out the meet Sept. 12, 13 and 16.

In its release, the two mean reacted to the announcement. "We’ve known each other for decades, and we certainly have a lot in common," said Collmus. Wrona chipped in saying “Larry and I go way back, but I don’t get to see him very often - not since we both called the 2016 Breeders’ Cup,” when Wrona called the races for Santa Anita and Collmus for NBC. “It will be fun sharing the opening day duties

Wrona joined Kentucky Downs’ live meet team last year before becoming the full-time announcer at Los Alamitos Race Course in California’s Orange County. Collmus will be in Kentucky to call the Kentucky Derby, which was postponed until Sept. 5. He was Churchill Downs’ announcer in 2014 before replacing the iconic Tom Durkin in New York.