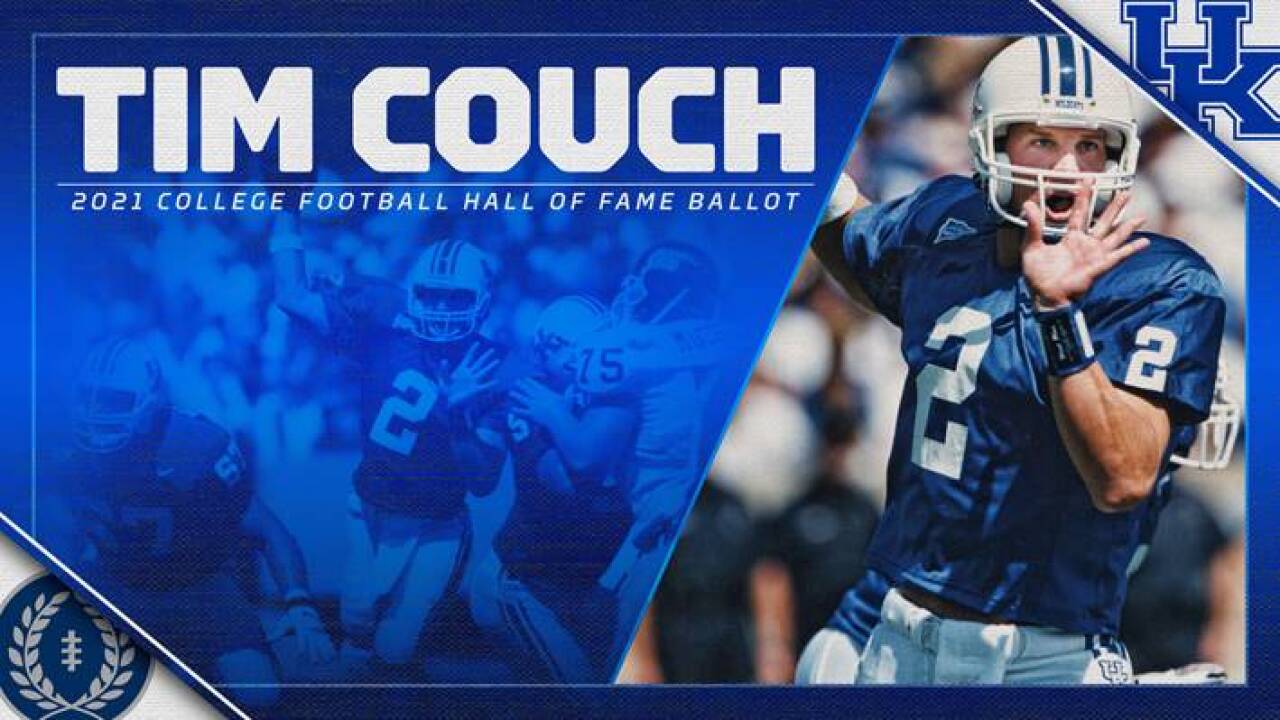 LEXINGTON, Ky. — Former Kentucky quarterback Tim Couch is, once again, on the ballot for the College Football Hall of Fame. The Leslie County native is one of 78 players and 7 coaches from the Football Bowl Subdivision on the ballot.

Couch played at UK from 1996-'98 where he set 7 NCAA, 14 SEC and 26 school records during his playing days. In 1998, the junior quarterback was named a first-team All-American and consensus Southeastern Conference Player of the Year. Couch completed 400 of 553 passes for 4,275 yards and 36 touchdowns and led the nation in pass completions while ranked second in completion percentage, passing yardage and touchdown passes, and fourth in total offense.

Couch left after his junior season and became the top overall pick in the 1999 NFL Draft by the Cleveland Browns.

Also from the Football Championship Subdivision is former Eastern Kentucky running back Markus Thomas who rushed for more than 5,000 yards and 52 touchdowns in his career.

The announcement for the new class of the Hall of Fame will be announced in early 2021 with the induction ceremony taking place December 7, 2021 in New York City.