Only currant commitment that hasn't signed 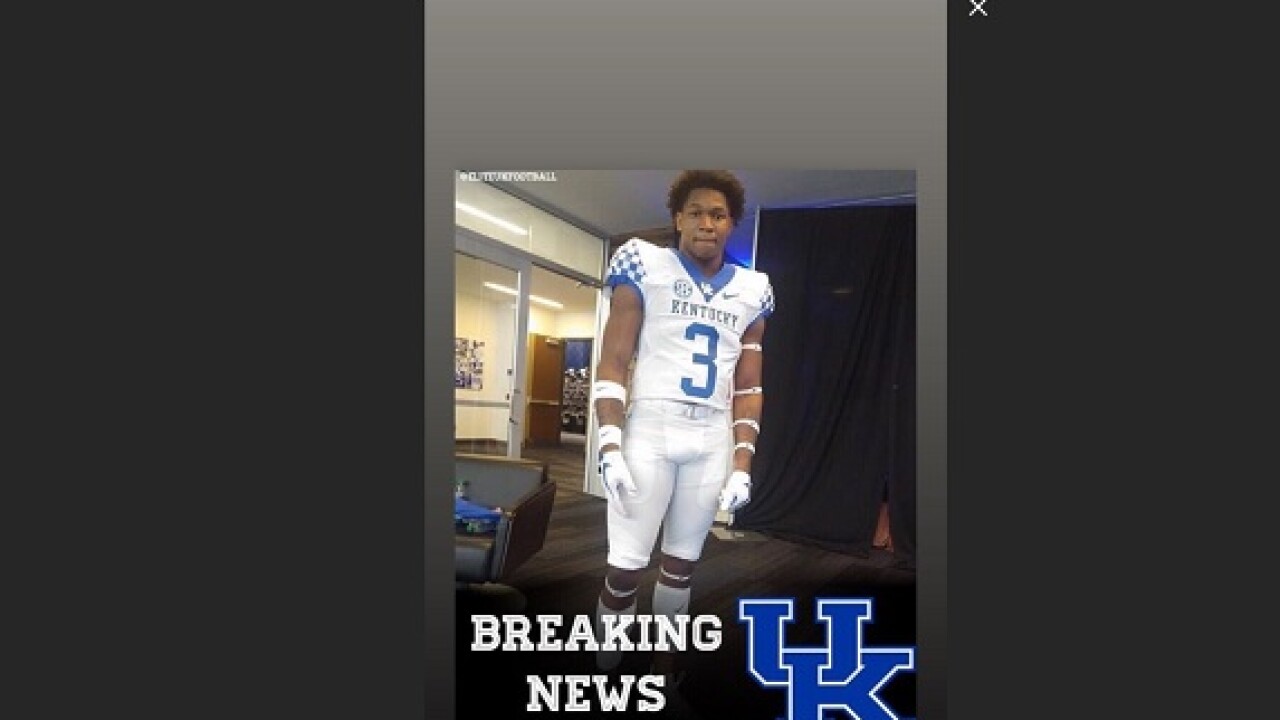 LEXINGTON, Ky. — University of Kentucky commit Torrance Davis put out an Instagram story on Tuesday saying he wouldn't be signing with Kentucky tomorrow during the February national signing day.

Although his Instagram story says he isn't signing tomorrow, Davis' Twitter account still has his commitment pinned at the top of his page and he has pictures in a UK uniform. What it could be coming down to is scholarship numbers and the fact that Kentucky will find out on Wednesday if Michael Drennen is committing and signing with the Wildcats. It's also one of the deepest positions on the UK team so that could have him rethinking his decision.

Davis is rated the 36th best running back in the nation for 2020 by 247sports.com and as the 10th best player in the state of Ohio. He is from Garfield Heights, Ohio just south of Cleveland.